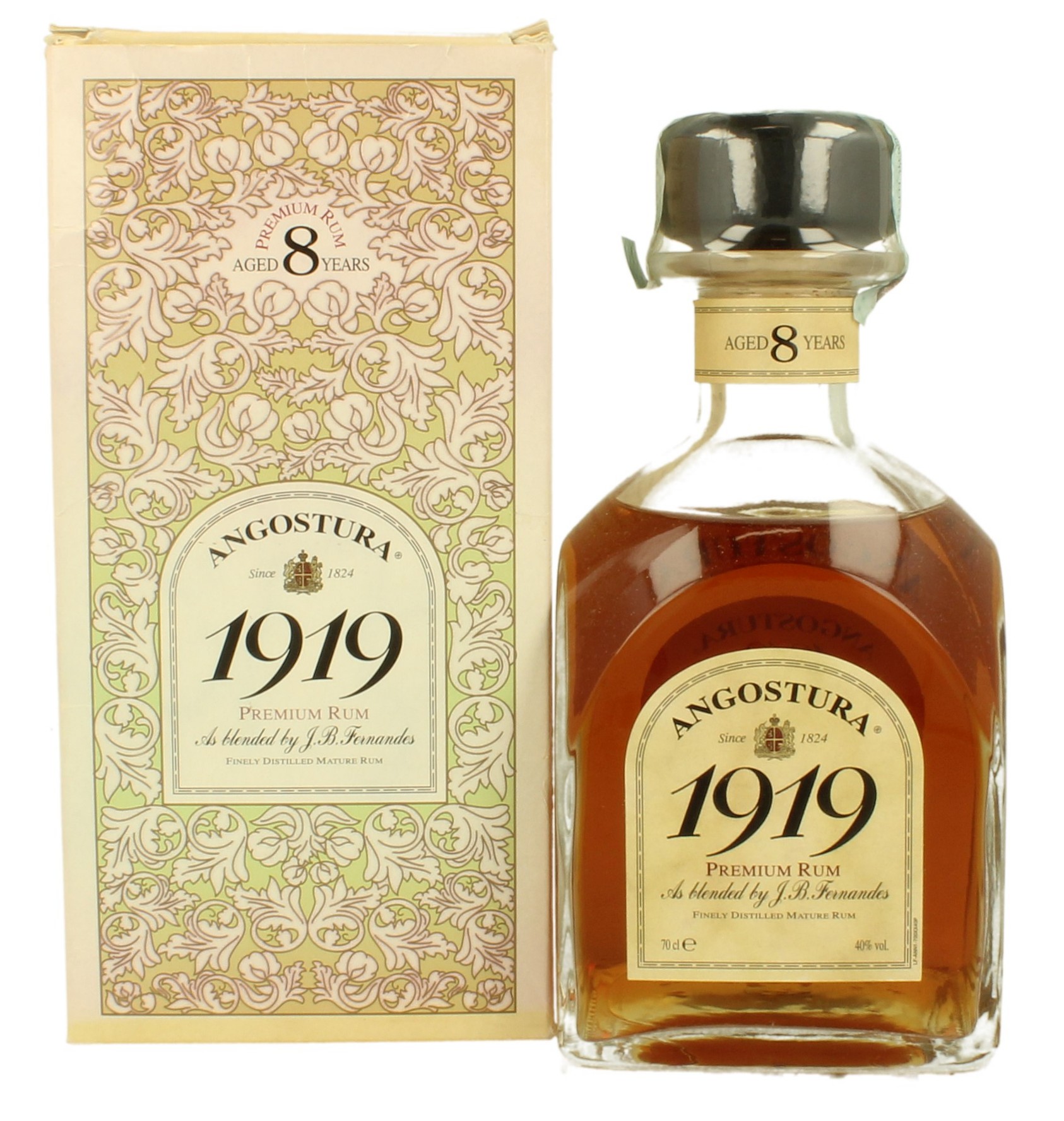 Somewhere in the midst of an alcoholic haze left by the last gathering of the Gentlemen of Liquorature, I had this vague memory of drinking quite a superlative little sipper. Pat had, of course, been quite miffed when I wrote the review of the Bacardi 8, since he had wanted to surprise me with something I hadn’t had before – but he got me on the rebound with this one. Fortunately, my tasting notes survive the bender, and once I sobered up and remembered my name, I dug them out for this review.

Angostura is that Trini distillery that now makes the excellent Zaya (Diageo, via its shareholding in Moet Hennessy, owns the Zaya brand, but do not own the distillery – CL Financial retains majority shareholdings there). They have been making blended rums since the early part of the 20th century (1947, according to them). At that time Bacardi owned some 45% of the stock, which it held until 1997 when CL Financial – the largest T&T conglomerate with fingers in dozens of pies – bought the shares (they ran into a major liquidity crisis in 2008 and in order to get a bailout, relinquished seats on the board to the Government1).

I don’t as a general rule make a comment on the bottle, but in this case I’m happy to make an exception: Angostura, home of the bitters and the Royal Oak, have poured the 1919 variation into a short, squat, square bottle with rounded shoulder and a massive, voluptuous cork. Its excellence is more in the simplicity than anything overt…I had the same feeling about the English Harbour 10 year old.

The 1919 is a blend of rums aged a minimum of 8 years – both bottle and the company website makes this claim – in charred oak barrels which were previously used to age bourbon whiskey. It’s a golden brown liquid, quite clear, somewhat reminiscent of the Havana Club Barrel Proof and has that same brilliant hue when the sunlight hits it.

On the nose, there is surprisingly little spirit burn. There’s a mellow billowing scent when the bottle is opened, in which the smooth odours of caramel, vanilla and flowers balance well and softly together. There is a richness to the nose that is quite unexpected, and it promises an excellent drink. Sipping it is a uniformly pleasant experience: I don’t usually expect too much from younger rums, though those greater than seven years are usually pretty decent mixers (the Flor de Cana 7 yr old is a perfect example): this one, it must be said, is an exception. As a ground level sipper, it’s bloody good, perhaps a slightly less sweet and less spiced-up version of the Captain Morgan Private Stock at about the same price, but equally smooth, equally tasty.

The feel in the mouth is warm and silky rather than harsh, and after letting it breath you get flavours of buttery caramel, vanilla and molasses, but not too much of any one: in fact, the 1919 is remarkably restrained and well balanced among these primaries. Coiling subtly around this backbone are some fruity and softer floral hints that I can’t quite identify but that enhance the central notes excellently. The texture is slightly viscous and smooth as all get-out. And the finish is long, warm and spicy, with the faintest hint of sharpness that seems to be there just to remind you this is not the best Angostura wants to give (that might be the 1824 rum).

All in all, for a rum that costs in the forty dollar range, I’m impressed. For all its relatively youth, it scores highly in all the right areas: presentation, nose, flavour profile, mouthfeel and finish. It is equally good as a mixer or as a sipper, again very much like the Captain Morgan Private Stock. And what it lacks in the complexity and sheer brilliance of the older premium rums (like the English Harbour 25, Appleton 30 or the El Dorado 25 and 21), it makes up for by being, quite simply, one of the best low cost rums out there, one which the average Tom, Dick or Harrilall can afford, and enjoy.