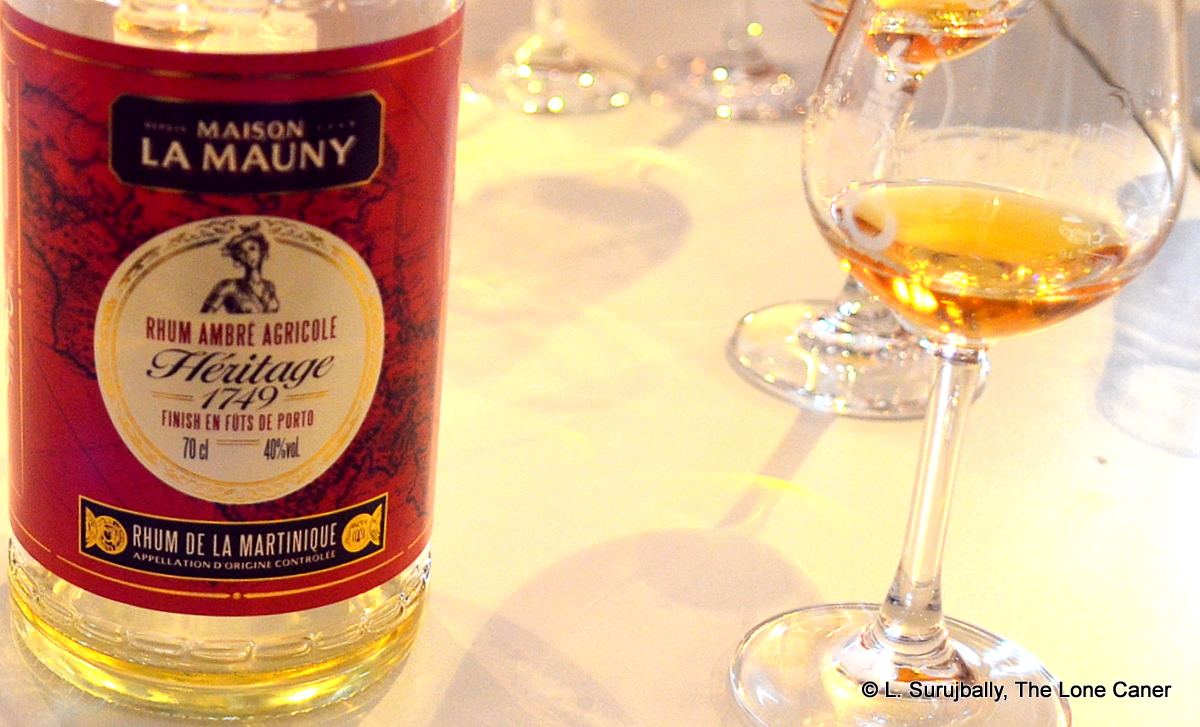 Whatever the porto influence was, it didn’t make itself known on the nose, at least not noticeably. The whole thing was relatively mild, and displayed very musky, earthy, loamy initial scents at the beginning…gradually there were replaced with vanilla, caramel, and deep dark fruits, mostly plums and overripe prunes.  The crisp and light grassiness of the sort of agricole rhum with which we are more familiar, was almost entirely absent at this stage, but I had to admit…it surprised me (and that doesn’t happen all that often these days). 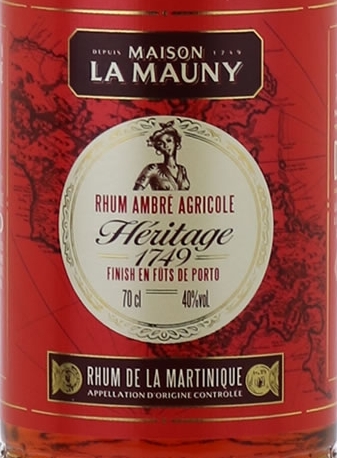 Okay so, on to palate.  Straw yellow in the glass, it was softer and less intense, which, for a forty percenter, was both good and bad.  Here the grassy and herbal notes took on more prominence, as did citrus, some tart unsweetened yoghurt, honey and cane juice. The youth was evident in the slight sharpness and lack of real roundness – the two years of ageing had some effect, just not enough to sand off everything that rasped, and additional hints of red grapes, wine and nuttiness showed the porton had done its thing about as well as could be expected. As for the finish, meh – short, slightly sweet, lemon meringue pie, some vanilla, a flower petal or two…and a dark wet earthy aftertaste, very mild, very faint, that took me back to the nose.

To be honest, it’s not really very interesting.  The Porto finish saves it somewhat from being a bore and a dismissive “it’s just another rum” remark.  But even so, I doubt it’ll ever be asked for by name in some upscale joint or to fill out the edges of a home bar. To me, it’s very much like that King of Diamonds rum DDL used to make: a cheap working man’s blue-collar friend, meant to be had in the village or a cheap back-alley cafe with ice, laughter, dominos…and to wash down rough conversations about life, not meandering discussions about the esoteric meanings of Balzac or Baudelaire. That might be a little esoteric for an explanation of how I perceive this young rhum, but it encapsulates what I think of it perfectly.

La Mauny was founded in 1749 when Ferdinand Poulain, count of Mauny (in northern France), acquired the estate via an advantageous marriage to the daughter of a local planter, and established a refinery there. In 1820, with Martinique becoming more important to France after the loss of St Domingue (Haiti), La Mauny invested in a still and began agricole production.  Unfortunately, consistency of ownership proved elusive – a pattern that would not significantly change for the next centuries – and the estate passed through several hands over the succeeding generations because of poor management, financial or production difficulties, or familial squabbles. At various times the Code and Lapiquonne families held ownership, and although the family of Tasher de la Pagerie, whose daughter Josephine married Napoleon, expressed an interest, negotiations fell through. 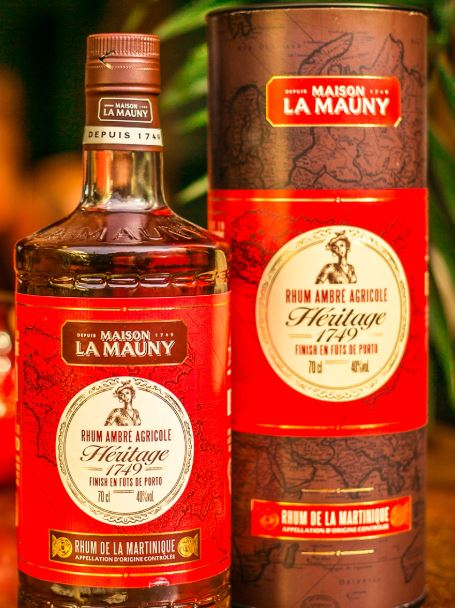 In 1923 La Mauny was sold to Théodore and Georges Bellonnie who enlarged and brought in new facilities such as a distillation column, new grinding mills and a steam engine. The distillery expanded hugely thanks to increased output and good marketing strategies and La Mauny rhums began to be exported around 1950. In 1970, after the Bellonnie brothers had both passed away, the Bordeaux traders and old-Martinique family of Bourdillon teamed up with Théodore Bellonnie’s widow and created the BBS Group.  The company grew strongly, launching on the French market in 1977. Jean Pierre Bourdillon, who ran the new group, undertook to modernize La Mauny. He began by reorganizing the fields in order to make them accessible to mechanical harvesting and built a new distillery in 1984 (with a fourth mill, a three column still and a new boiler) a few hundred meters from the old one, increasing the cane crushing capacity and buying the equipment of the Saint James distillery in Acaiou, unused since 1958.

The BBS Group was subsequently bought by the Reunion sugar refining company Quartier Francais in 2007, but they let it go again in 2010 to Tereos (previously Beghin-Say) – all these companies dealt mostly in sugar, but had nothing to do with the spirits industry.  Tereos sold the BBS division and its brands in 2011 to la Martiniquaise, whose speciality was spirits and where the fit was better. But this created a problem, since La Martiniquaise already owned the Saint James, Dillon and Old Nick brands and producing estates, and getting ownership of BBS would give them control more than 60% of rhums produced in the French Islands.  The Competition Authority therefore mandated that La Martinquaise divest part of their portfolio, which they did by selling on BBS to the Cyrille Chevrillon Group (who again, had absolutely nothing to do with rhum – they were into pharmaceuticals, insurance, flowers and printing, for example). The story stops (for now) in 2019, when the Campari Group announced the acquisition of the Trois Rivières, Duquesne and La Mauny brands, for $ 60 million, which is where things lie for the moment.

Admittedly, this is something of an obscure rhum and the only other review I found was from that undiscovered treasure of a Japanese site, Sarichiii, run by one of the few ladies in the rum blogosphere.  There is a single notation in Rum Ratings with a score of 3/10, which I’ll include for completeness, but not because I think it’s a review.