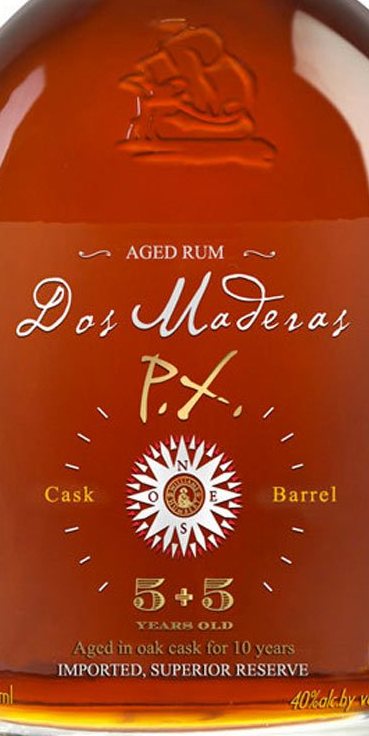 Just sitting there on your table top and opening up in your glass, the 5+5 is a thudding smack of cheery dark, brown-sugared rum of uncommon complexity. This is a rum that was never sad, never maudlin, never hated the world – this rum loves you like your almost-best buddy who always had that sh*t eating grin on his face and never outgrew slapping you too hard on the back.

I find myself with conflicted feelings regarding this rum. That it is a good one is beyond dispute. It’s deep, dark and has a powerful and distinctive taste profile. It ranks alongside the Pussers 15, English Harbour 10, El Dorado 15 and St Nicholas Abbey 8. It has the oomph its puerile predecessor the 5+3 lacked, is complex and well blended and tastes just wonderful…and at $60 in Calgary, is value for money. So why the qualification? I think, now that I run it past all the candidates above, that it’s that honey/brown-sugar core…it gets a bit too overwhelming, and you may not always appreciate that. In that sense it shares (to me, but maybe not to you) the failings of the El Dorado 25 year old

So yes, I’m giving it (what for me is) a high score to reflect those qualities I appreciate, and will concede its overall quality. I don’t believe it won the prizes it did because a lot of people felt sorry for it.  But as I’ve remarked before, we drink rums for many reasons, at many points in the timeline of our mental state – I simply want to make the buyer aware that this dark sweet backbone exists, and if it works one day when you’re feeling maudlin, or a shade romantic, then it may just as easily fail the next time, when you’re as savagely vituperative as a mauled ex-spouse with a vengeful bent and an uzi, and the 5+5’s smoothly irritating and determined good cheer may be the last thing you want…or need. 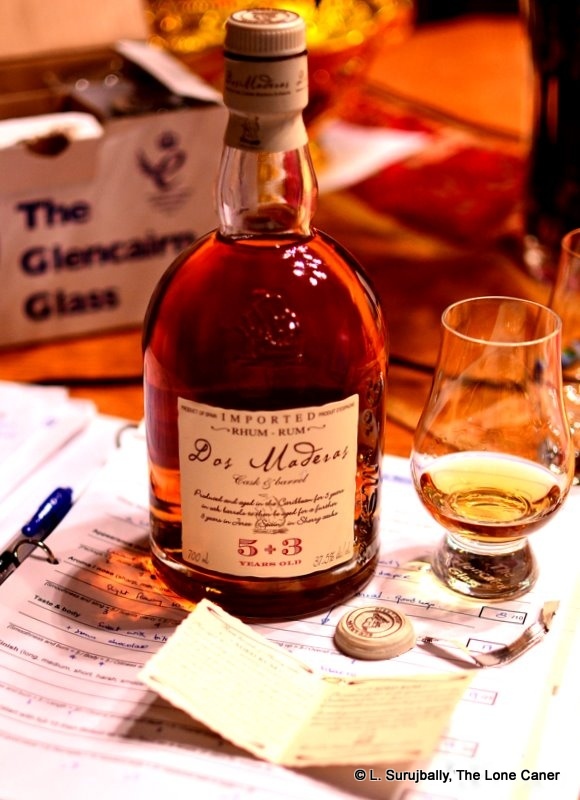 Rums under 40% I tend to view with some disfavour, because they lack intensity of flavour which stems from their underproofishness (is that a real word?). They also present a certain smoothness that has less to do with a blender skilfully marrying the products of various barrels, and more with a lack of alcoholic content. Tastes are smaller, noses not as full, bodies somewhat less alluring, mouthfeel not as viscous or enveloping. They edge perilously close to exes you no longer love…or liqueurs, which may be worse.  Damn. I must be turning into a rum snob.

All that editorializing aside, I shrugged and went ahead anyway. 5+3 was a gold coloured rum, medium bodied and created from rums hailing from Barbados aged for five years there in American white oak barrels, then taken to Spain, where they were aged a further three years in casks that once held Dos Cortados palo cortado sherry (aged for 20 years, as certified by the Jerez-Xérès-Sherry Regulatory Council).

On the nose, it was not a rampaging stampede of strong and dominant flavours reminiscent of a Serengeti stampede at dawn…more a gentle melange of chocolate, coffee, brandy, burnt sugar and mild cinnamon. And yes, the sherry came through, winding its way subtly around these scents.