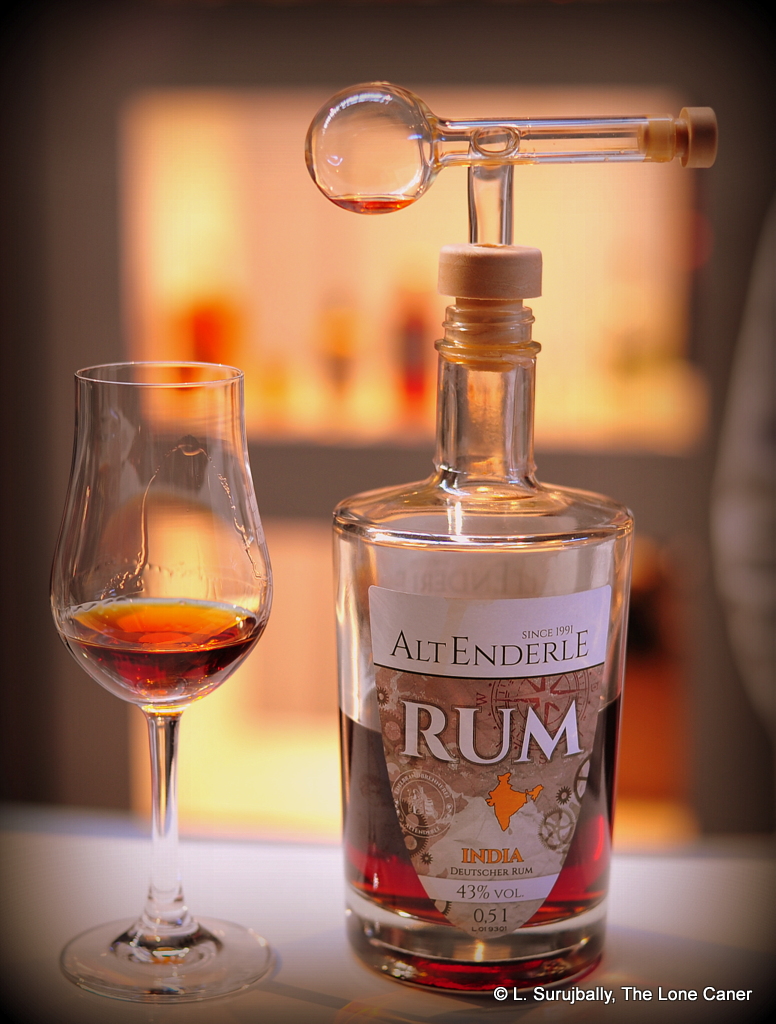 I won’t pretend that all was sunshine and roses, of course.  The rum had been aged for only a year, and some of that youth was evident on the mouthfeel, where sharp and raw alcohol notes almost obliterated what could have been a much more interesting sipping experience.  It also dampened the flavours, though I detected vanilla, more cinnamon and nutmeg (as from the nose), followed by some cloves, orange peel, some raisins and a plummy note, wound about with a faint tannic taste, all blending reasonably into the whole. No joy on the finish, I’m afraid, and this was the weakest part of the entire drink – short and sharp, giving little back aside from some more vanilla and caramel hints.

The molasses from this intriguing rum hailed from India, which may account for that oomphed-up mommy’s-kitchen profile, unusual in island specific rums.  I remember noting something similar in the profiles of Amrut Old Port and the Old Monk Very Old Vatted, though I never wrote about the latter, being a little too loaded at the time to recall my own name, let alone tasting specifics…it may be another example of something noticeably distinct, like Bundaberg is, or the other Indian rums.  To make sure, however, I emailed the company asking whether anything was added to the rum to enhance the flavour profile (still waiting…).

Like Old Man Spirits, Alt-Enderle is a German company which makes rums among other spirits, most famously schnapps.  Established in 1991, they are located about a hundred kilometers south-east of Frankfurt, and it seems to be a fairly small operation.  They do however make rums from molasses imported from other countries – Thailand and Paraguay are two current examples.  I’m not sure what their philosophy really is regarding rum – like most micro distilleries, they appear to toss them off almost as afterthoughts in their quest to make other liquors like (in this case), whiskies, absinthe, herbal liqueurs and brandies. They distill the molasses themselves — a photo on their website indicates they have a copper pot still — and set the resultant to age in barrels sourced from the Caribbean. 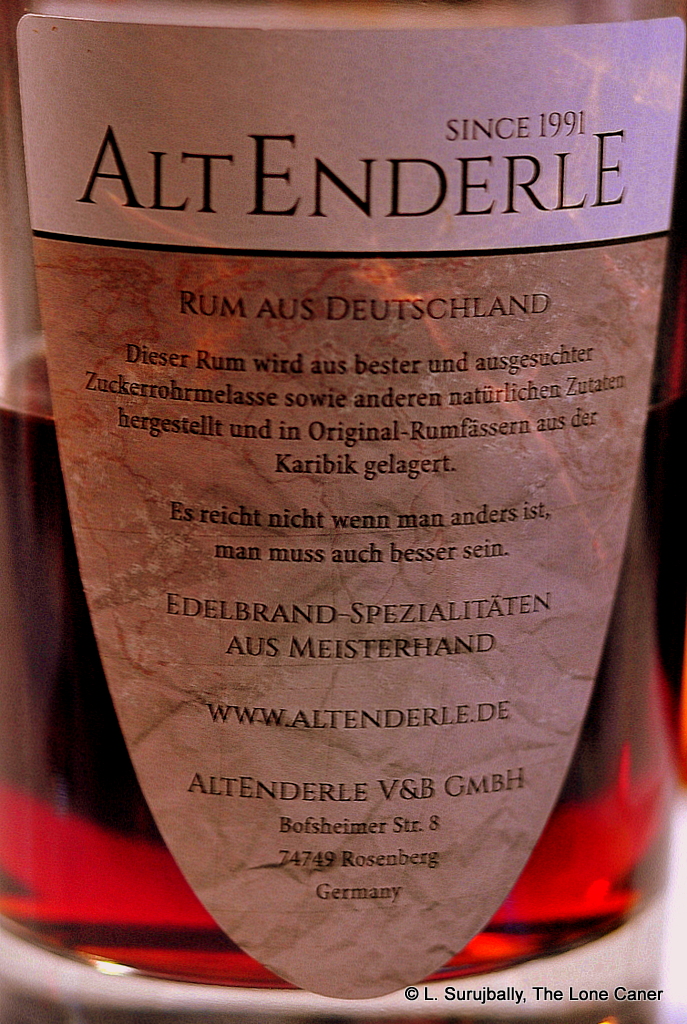 Was it a cost cutting measure?  Hard to say.  My own advice here would be to age the rum a little more (and take the hit on maturation and warehousing costs), in barrels with a little more zest left in them.  This rum is a decent starter drink, good for a mix somewhere (especially since it’s not added-to with those spices) …but it could also have been much better.