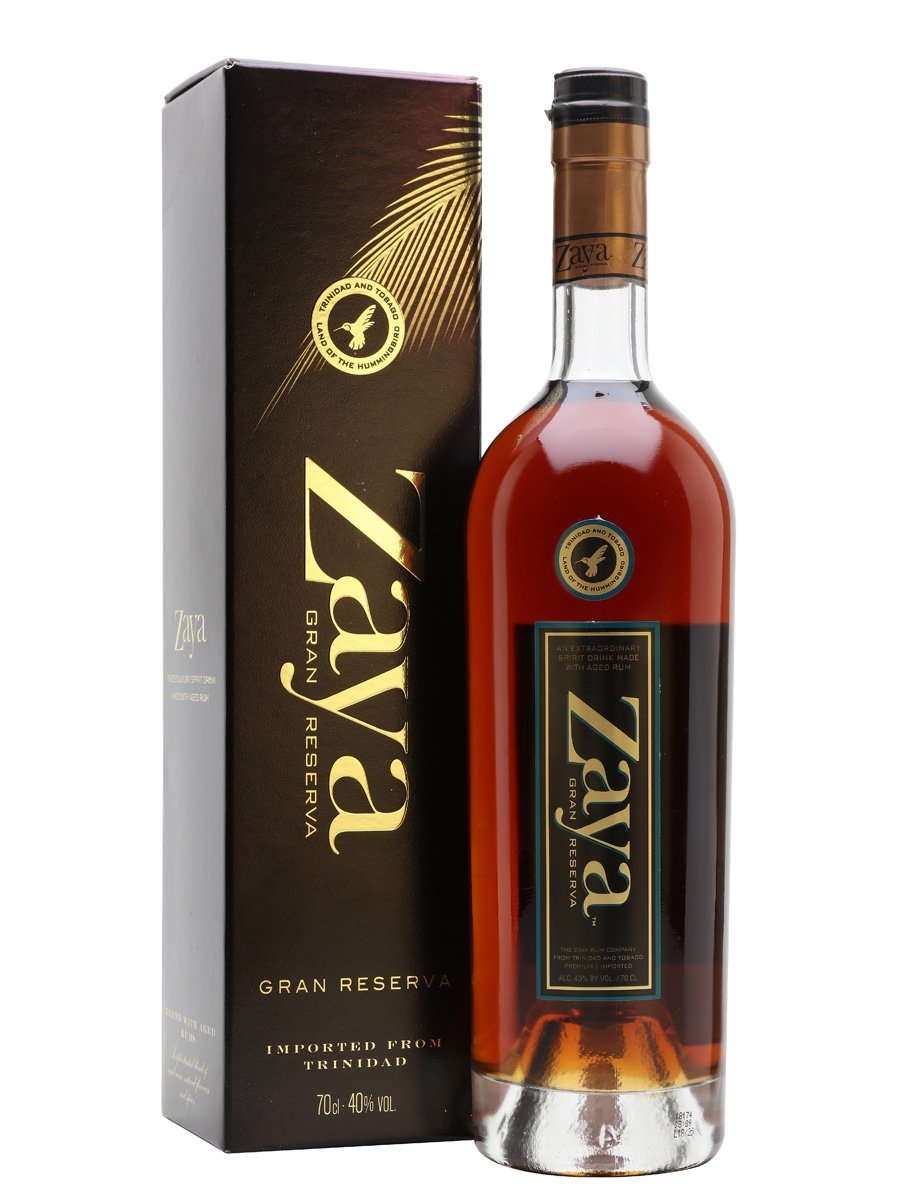 Research informs me that until 2008, Zaya was estate-produced and bottled in Guatemala by Industrias Licoreras de Guatemala, home to Zacapa’s rums (see update below). where volcanic soils and tropical temperatures produce some of the best sugar cane in the world (as a loyal Mudlander, I cannot in all honesty accept this heresy, and so dismiss it as claptrap for the gullible). In the first half of 2008, the distribution of rums produced by Industrias Licoreras was assumed by the giant Diageo, resulting in the Zacapa brand being given priority. Zaya was forced to move production to the Angostura Distillery in Trinidad. Guatemalan rums are said to be some of the smoothest available; Trinidad’s rums by contrast are often more heavy on oak and tar, as evinced by the Caroni line of rums.

To my surprise, of all the rums we’ve had thus far, this one was the hit of the season (and it had strong competition that April night with a Jamaica Appleton Master Blender’s Legacy and a Flor de Cana 18 year from Nicaragua), and I relate this to the slightly more powerful taste I mentioned, which really struck a cord with the guys. Eyes still grow misty at the memory, or so I’ve been told, and the rum keeps being used as a quasi-baseline in our group. To my mind, it’s been eclipsed by the English Harbour 1981, but there’s also a ~$100 price difference so if I was short on funds, the Trinis would get my cash for sure.

There is a growing backlash against Zaya, led by people who remember the older, more complex Guatemalan profile (and the early years of the Trini one), and who despise the addition of more and more vanilla and spices into the current profile.  It has led one popular bar to remove it from their shelves altogether, as remarked in this essay by the Rum Collective.  But other online reviewers over the years (Dave Russell and the RumHowler to name two) have also begun to gripe about the matter, and the current imbroglio over the amount of sugar and other inclusions in rums is sure to add fuel to the fire.

Update October 2021 (From a FB post by Matt Pietrek)

Here’s a little recent rum history rabbit hole I just went down, learning a few interesting things along the way. The elders among us may remember a time when Zaya rum was made in Guatemala, and considered a top shelf rum. It was only circa 2008 that production moved to Trinidad and its labelling became….. controversial….
It’s been reported in many places that Zaya was originally distilled at DARSA in Guatemala. (Update: Confirmed.) I had long assumed that Zaya was just another of the Industria Licorera Quezalteca-owned brands, alongside Zacapa and Botran.
I may have been wrong.
I just now came across this trademark registration for Zaya rum, first filed in 2000, and pictured here.

The original registrant was Wilson Daniels Ltd, although the current owner is listed as Infinium Spirits, both California companies. A little more digging turned out that both companies were owned by a Win Wilson. His obituary notes this:
“Win’s proudest career accomplishments included representing Domaine de la Romanée-Conti for more than 25 years, creating Cabo Wabo Tequila (named one of the “Top Three Tequilas in the World” by Anthony Dias Blue of Bon Appétit magazine) and conceptualizing the ultra-premium Zaya Rum brand from Guatemala.”
This got me thinking – Perhaps Zaya was an entirely a US-conceived brand, made using Guatemalan-made rum. Nothing wrong with that, of course. It just means that it may not have been a Guatemalan-origin brand, as I assumed. With that in mind, the similarity of the Zacapa and Zaya names seems more intentional. Assuming my above hypothesis is correct, Might Wilson have mimicked the Zacapa name with a vaguely sound-alike name, i.e., Zaya?
Meanwhile, I also learned that both Infinium Spirits and Wilson Daniels are owned by Young’s Holdings, the owner of Young’s Market, a major American liquor distributor that recently became a subsidiary of Republic National Distributing Company, the second largest US wine & spirits distributor.