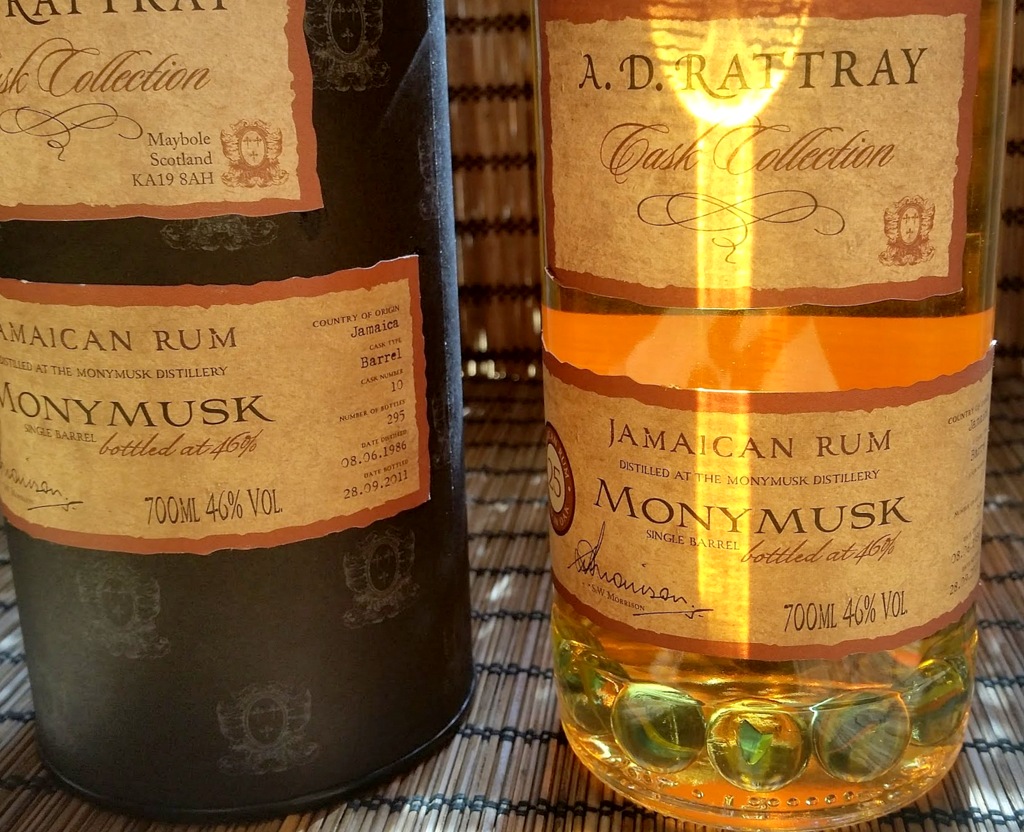 Of all the independents and rebottlers I’ve tried over the last ten years, A.D. Rattray holds a special place in my affections, largely because it was one of the first of the kind I managed to sample back when I was getting started (Rum Nation, Cadenhead and Renegade were others).  Then, after trying their 1997 Caroni, 2003 Barbados and 2000 Panama rums, I didn’t find too many others and gradually they fell off my scope.

A.D.Rattray was a company established in 1868 by Andrew Dewar and William Rattray, and was originally an importer of olive oil and European spirits, which branched out into blending and storage of malt and grain whiskies. Their core mission – back when they were making a name for themselves with their rums — was to make unusual, exclusive, limited edition rums just like they had done with whiskies from around Scotland

To some extent, they – like many other whisky makers who dabbled in the occasional rum – retreated into a sort of obscurity in the last few years, with the indie big guns (like Velier, Rum Nation, the Compagnie, TCRL, Bristol Spirits, L’Esprit and others) grabbing market share with regular releases, rather than just the no-real-schedule, “Oh well, this cask looks ready” bottling once in a while

Nose – Shows a structural similarity to the EKTE No. 2 Monymusk (both come from copper pot stills as far as I’m aware), but lighter and sweeter and (of course) somewhat less intense. Dry.  Glue. Wet cardboard. Sap. Herbals. Florals and cane juice. Creamy orange chocolate, bubble gum, peaches in syrup, minus the peaches. Wonder where the fruit and dunders in this thing wandered off to? Interesting in its diversion from the mainstream, but also…well, somewhat disappointing.

Palate – Light, dreamy, easy-going…ultimately uninspiring.  ADR likes its 46% to a fault, but for this potential panoply, for what this could have been, it’s something of a let-down.  Caramel, nougat and coffee, flambeed bananas, faint sugar water infused with lemon rind and brown sugar, brine, red olives.  Overall, too thin to seriously appeal to the hardcore rum junkie, who would likely shrug, make some notes and move on. For more casual drinkers, this rum will score several points higher.

Thoughts – Sorry, but it seems somewhat of a waste of 25 years.  A rum this old, with such potential, almost begs to be stronger. To geld it down to 46% might actually be a crime in some jurisdictions. Okay, maybe that’s just me.  Some like the lighter version of popular Jamaican marks. That’s fine. I was impressed by the age and the tastes I did sense, just less so with the overall profile which never quite gelled into something extraordinary. Actually, in spite of its already impressive age, I think it was bottled too early – another five years, when true cask strength rums were becoming the rule not the exception, and they could have bottled a 30 YO at 55% and cleaned up. 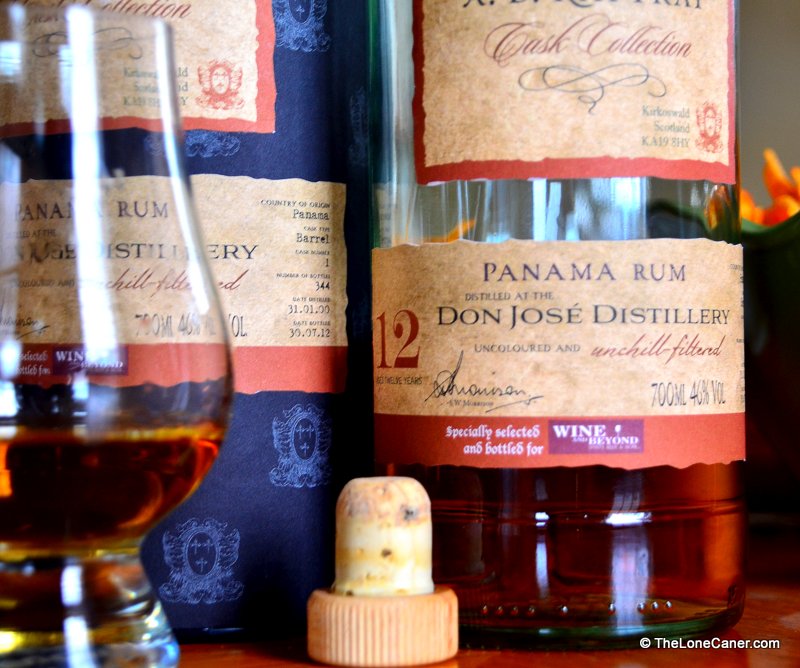 Offbeat Panamanian rum which makes a virtue out being different. People will like it or hate it for the same reasons. I come down on the side of the former.

There’s something about Panamanian rums I really like. They are not as heavy and dark and growly as Demerara rums, nor as occasionally oaky and citrus-laden as the Jamaicans, or for that matter as soft and plummy and banana-like as I’ve often noted in the Bajans. You would never imagine a Panama rum being vulgar, overbearing or obnoxious, like a cinema-goer behind you who chucks your seat, won’t shut up and then ostentatiously uses his cellphone the whole friggin’ time — just well put-together, complex and riding the fine line between too much and not enough. I think of them as the little bear in Goldilocks…whatever they come out as, it’s pretty much always just right.

A.D. Rattray, those zen like purveyors of simplicity, naturally don’t pay much attention to that, perhaps taking their lead from Cadenhead and their Spartan distillation and ageing ethos. They took rum from the Don Jose distillery in Panama (largest in the country, and home of the Varela Hermanos boys who made the Abuelos), aged it for twelve years, and then didn’t muck about with chill filtration or adding anything, just gave you whatever came out the other end.

This methodology had some disconcerting effects on the dark gold, 46% ABV finished product I was tasting here (bottle #344 from Cask #1). For one thing, the nose was quite dissimilar to most other Panamanians I’ve had thus far, up to and including the fantastic Rum Nation Panama 21 – much lighter, almost like an agricole for starters. I really had to work at this one to dissect it: bananas, strawberries, orange peel and bananas, with some sting and bite at the tail end, which I pretty much expected from a 46% rum, so no harm there. Yet there were also some dissonant notes – a faint whiff of petrol, turpentine, light perfume (I’m not making this up, seriously!). Almost no caramel or molasses scents at all. Mary, who was sampling this baby with me, opined that it reminded her of a wet baseball glove, which I concede may have been reaching just a bit. But there’s no denying that this was quite an original nose for a rum – if it had been heavier, perhaps more pungent, I think I would have liked it even more.

Things opened up some on the taste, however, mitigating some of my concerns. Medium bodied, medium sweet, medium spicy (can’t get away from that 46%, after all) — it presented a certain creaminess on the tongue, just enough. It opened into a licorice background, through which meandered delicate woody notes, white chocolate and butter (some brininess there — again, not enough to turn me off just sufficient to be noticeable). Gradually the rum blossomed out with hesitant caramel, vanilla and molasses tastes, so shy that I remarked to Mary that perhaps this was a rum aged in much-used, almost-dead oaken casks with not much piss and vinegar left in them. Don’t get me wrong, I enjoyed the taste – it was better than the nose – but it really upended most of my expectations, perhaps because it had aspects much more commonly suggested by agricoles instead of Panamanians. Fade was as dry and heated as a middle eastern desert, and lacking any kind of distinctive closing scents of its own, beyond some chocolate, light smokiness and leather. 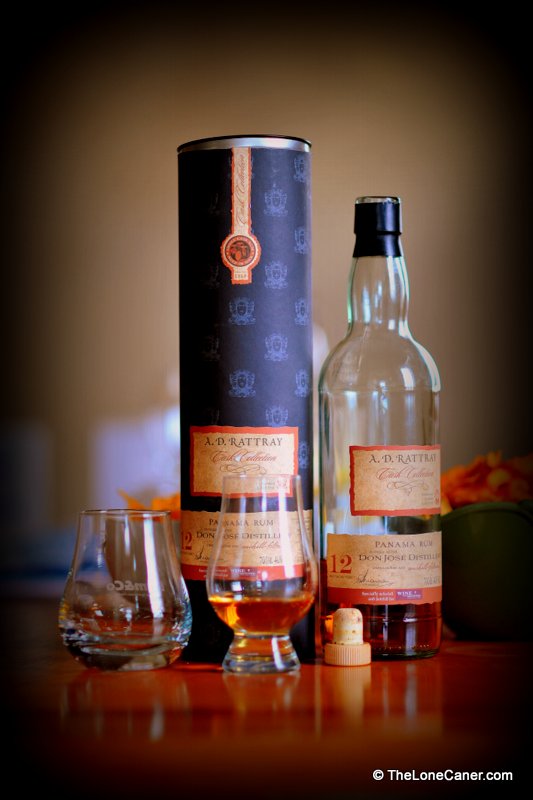 Did I like it? Yup, quite a bit. Not as much as I was expecting, but I must confess to appreciating its sheer rawness, its unusual-ness. The ADR Panama rum was unlike the cheerful youth and sprightliness evinced by the Abuelo 7, and couldn’t hold a candle against the Rum Nation Panama 21, though it scored better than the Panama 18, also made by Rum Nation. I think this kind of underblending (is there such a word?) must be deliberate, because surely budgetary concerns were not an issue at ADR, who appear to have a dour agnosticism regarding profit margins in some of their rums, and just go ahead and make what they feel like on any given day, so long as it tastes real good.

Is the rum for young men and college students looking for a fast bender? Is it for us older farts approaching our sell-by dates? New entrants to the rum-appreciation game? Not at all. It’s for anyone who still has a sense of wonder and a feeling for blending style. This rum contains elements that have been thought out (or ignored) and has surprises right to the finish. In its own crazy way, it’s actually quite exhilarating (yeah, and strange). Sipping it for the fourth time, trying to make up my mind, I realized the I needed this sharp left turn to make me understand the differing directions a product could go – the ADR Panamanian Rum from Don Jose has been created and imagined as a new sensory location for us to inhabit. It’s a hell of a rum. It adds lustre to our notions of what can be made, by a guy who knows his stuff, from nothing but the harvested stalks of an oversized grass.