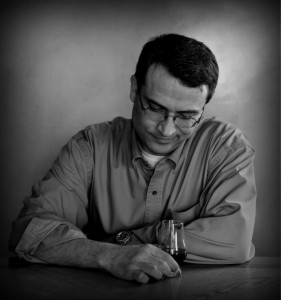 The Lone Caner is a sad island of rum appreciation in an otherwise obdurate ocean of whisky. The name itself is a wry commentary on many things: my character, the the rabid whisky aficionados inhabiting the province and the country in which I lived (as well as the utter paucity of selections in the region I now call home); and it found its origin in the Liquorature Collective, where I loudly and cheerfully bugled my preference for the extract of the cane right from the get go in 2009. After sampling, reviewing and writing about rums on and for Liquorature for almost four years, I decided to open up The Lone Caner as a website in its own right in March 2013 and transferred all my work there.

I’m not a bartender, cocktail expert, mixologist, oenologist, or -ologist of any kind. I’m not an XP panelist, nor do I take part in judging, or contests (this may be pure laziness on my part, or because nobody knows how to find me to ask). But in reality, I just happen to like rums, reading about ’em, and writing. I’m in the fortunate position to have access to more rums than most and constantly buy and trade both bottles and samples with friends and shops and collaborators.

The site is about rum reviews and tastings and essays on producers, as well as whatever news or issues of the rum world I feel like commenting on. Nothing more, though I have brought other areas of my interest (like book reviews) into it here and there.  However, this site is primarily geared towards rums and their makers, and in that vein their are several main topical divisions of the site, each with its own introductory blurb.

I have no particular interest in spiced or flavoured rums, never buy them and don’t review them – there’s too much good, unmessed-with stuff out there for me to bother. I’m not a 100% purist who believes every rum that has the slightest bit of adulteration is an abomination (and despise the puritan ethos of those who agitate for it so hysterically), but I don’t like the practice either.  But I know it will always happen, and therefore am a firm proponent of honesty in labelling and complete disclosure, so that the consumers can understand what they are buying.

Note that in an IPhone, Instagram and twitter age, I write for desktop sized screens. I’m not brief, and write what I feel – only 20-30% of my verbiage is ever about tasting notes, and throw in any observation that seems relevant. Where necessary, this includes as much information about the distillery or producing company as I can find in order to provide as complete a picture of the product as possible.  Not everyone agrees with this idea (or my flowery language), but I’m done apologizing for that.  It is what it is.

Also: people often say critics or reviewers should be neutral.  I say “bulls**t.” I’m a firm believer in having preferences, but not biases and these should be stated where necessary. Reviewers are human beings with tastes of their own, and I’m no different.  My preferences (not biases) exist, and where rum is concerned, full proof hooch bottled at greater than 40% will earn my favour.  I have a thing for Demeraras, Jamaicans, Caronis from Trinidad, unaged pot-still white-lightning, agricoles and the occasional growly, off-the-reservation tipple only a mother would love.  Not many Bajans enthuse me. I used to like sweeter rums, but over the years since 2009, the pendulum has swung somewhat the other way.  That’s not to say I don’t like a Millonario or Zacapa 23 or a Diplomatico once in a while…I just don’t like them as much as I once did.  My preferences change over time.

A few other points: