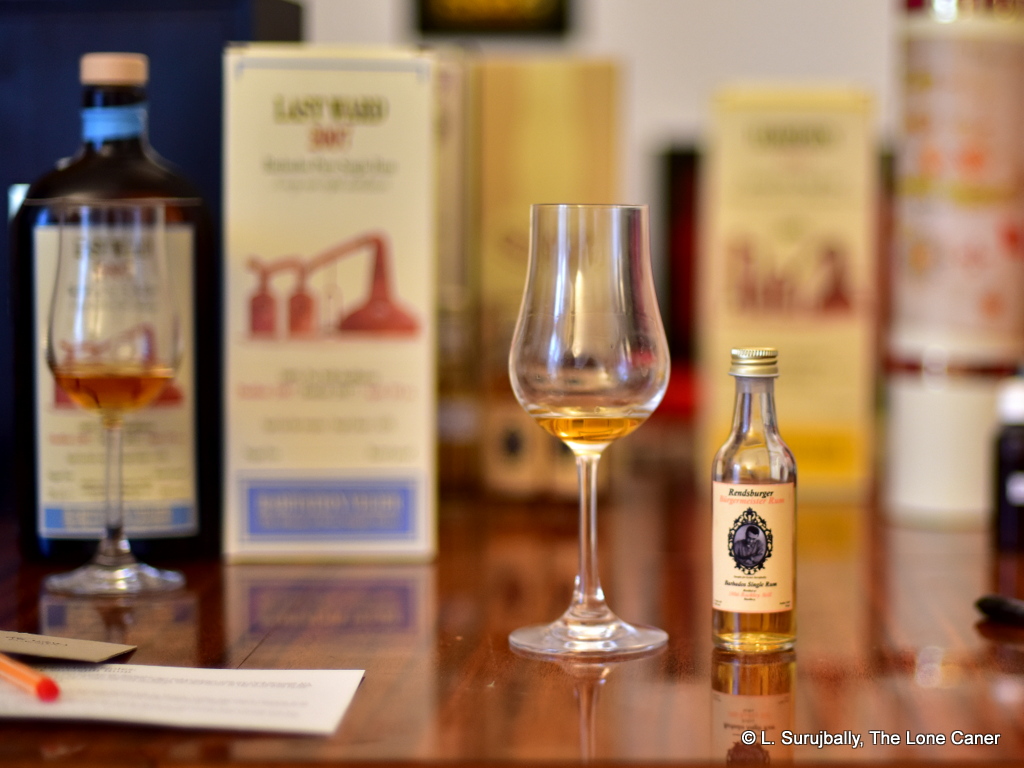 Rendsburger is one of the last of the great old houses from around Flensburg, that north German / Danish town which once had a near hammerlock on the rum trade in northern Europe and the Baltic. The company is actually located in (guess?) Rendsburg, 66km due south of that famed entrepôt, in which the parent company Kruger has its home; they in turn are a small, family-run whisky and spirits specialist mainly known for being a large whisky auction house and while they have done some releases in the past, they don’t really “do,” and are not known for, rums.

To me, of far more interest is the true rationale behind WIRR’s bulk rum exports in 1986, which nobody has ever explained to my satisfaction — for some reason that was the year of the Rockley Still, and just about every indie and its dog put out an expression from that year, and with that name.  Bristol has at least two I know of, Samaroli another two, SMWS did a single one with a codpiece of 64.4%  Duncan Taylor and Berry Bros & Rudd both tossed their hat in the ring, Cadenhead did a Green Label 18 YO and another 12 YO at a massive 73.4%; and even unknown outfits like Caribbean Reserve and Rendsburger got in on the act with their own pilferings of the barrels, and every time they get reviews of praise and adulation, you can just hear the purse-lipped disapproving harrumphs of bah-humbug radiating from over in St. Phillip.

There’s a reason for the Rockley distillate to have the reputation it does, and that’s because it’s one of the few all-pot-still rums to ever come out of the island (the Habitation Velier Foursquare and Last Ward rums are others), and its uniqueness is not to be sneezed at…except that it’s not quite as clear cut as that, since the actual pot still from the Rockley Estate is unlikely to have made it given its long retirement. Marius over at Single Cask, in what may be the seminal essay on the matter, strongly suggests it was a triple chamber Vulcan still (something like an interlinked series of pot stills, according to Wondrich). However, whether made by the actual still, some other pot or the Vulcan, the fact is that few who have ever had any of that 1986 expression remain unmoved by it. 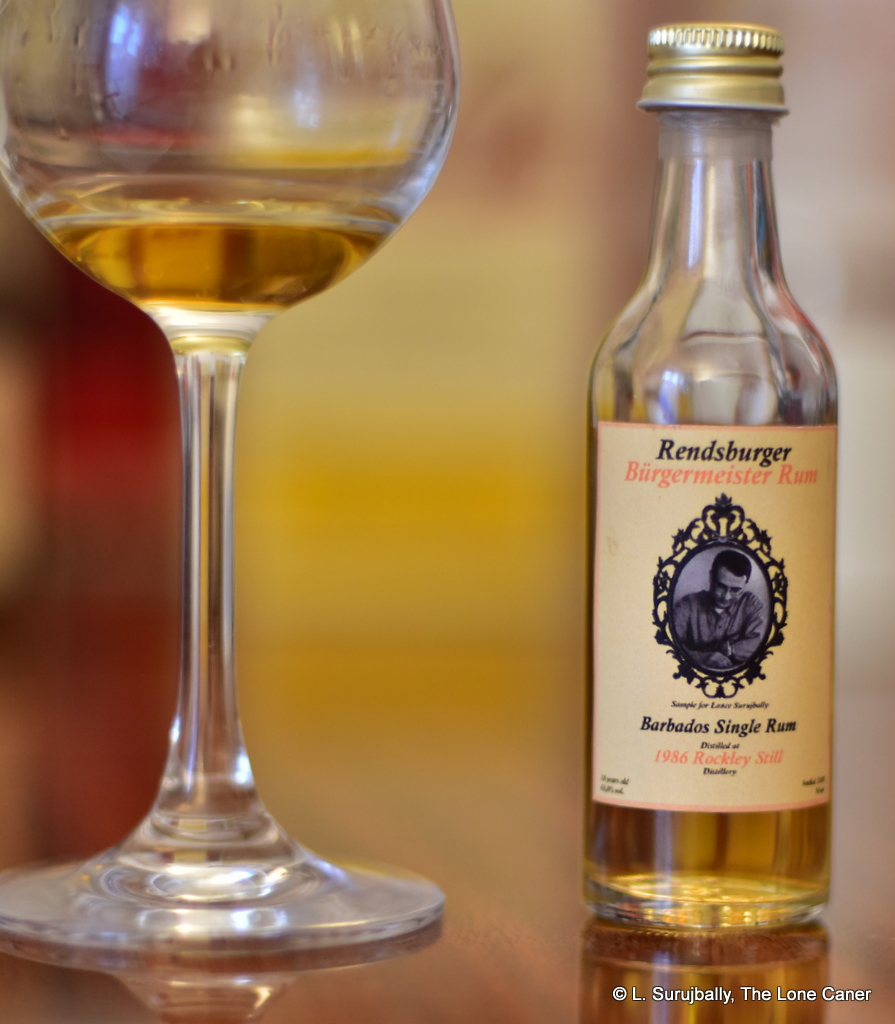 So let’s try it and see what the fuss is all about. Nose first. Well, it’s powerul sharp, let me tell you (63.8% ABV!), both crisper and more precise than the Mount Gay XO Cask Strength I was using as my control. Flowers, rosemary, fennel, a little carmel, vanilla and florals really carry it through. Seems like you walked into a cool aromatic flower shop on an off day….kinda.  But weak on the ruminess, alas.  Red currants, raspberries add to the fruitiness (which I like), and there’s an intriguing mustiness and straw, sawdust vibe down at the back end.

It does stay sharp on the tongue, too. Sharp, and a little jagged, leaving one to wonder, is this what 18 continental years gets you?  The aromatic flavours remain, quite flowery and fruity: orchids, citrus peel and sharp, tart, sweet fruit. A mix of vanilla, strawberries, pineapple and very ripe purple cherries, with some brine and olives bringing up the rear.  It’s quite potent, and the fierce strength makes it very rambunctious, as it careens heedlessly around the palate from side to side with all the grace of a runaway truck…somewhat to its detriment, I’m afraid. I did, in point of fact, enjoy the  finish quite a bit, it was nice and pungent, yet also aromatic and firm, redolent of brine, muskiness, some salt fish and steamed rice into which someone chucked a few ripe guavas.

While I enjoy the pot-column blends that others make with such skill, after a while they seem to be just two sterling variations on the concept, one aged-and-finished, the other just aged, and lack a certain element of singularity that Luca tapped into with his 2013 and 2015 HV series, or the Rockleys themselves do, no matter which year they were made.

I’m in a minority in preferring an element of pot still brutality in my rums, something that heedless and carelessly – magnificently, even – goes for the boundary instead of always patiently stroking along with a bye here, a single there, a quick flick to the mid-on.  Even when such things fail, at least they do so with authority.  They will never surpass, in overall sales, the more carefully tended rums that appeal to larger audience – they remain a rumgeek pastime, I sometimes think – but I know that there are crazies, like me, who would not care to have the progeny of the Rockleys (or the Vulcan) become just an input into a series of blends.  They’re far too good and individualistic for that, whether they soar or fall flat, and this is one of those that prove the point very nicely 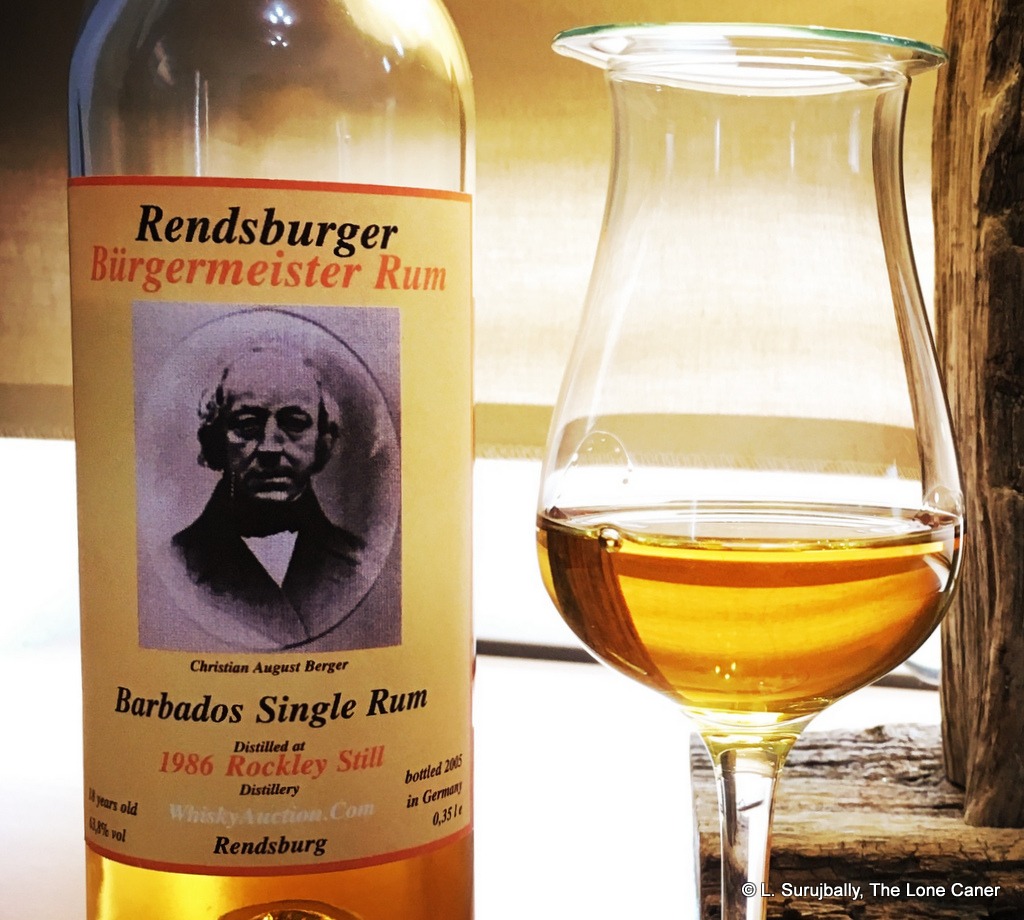