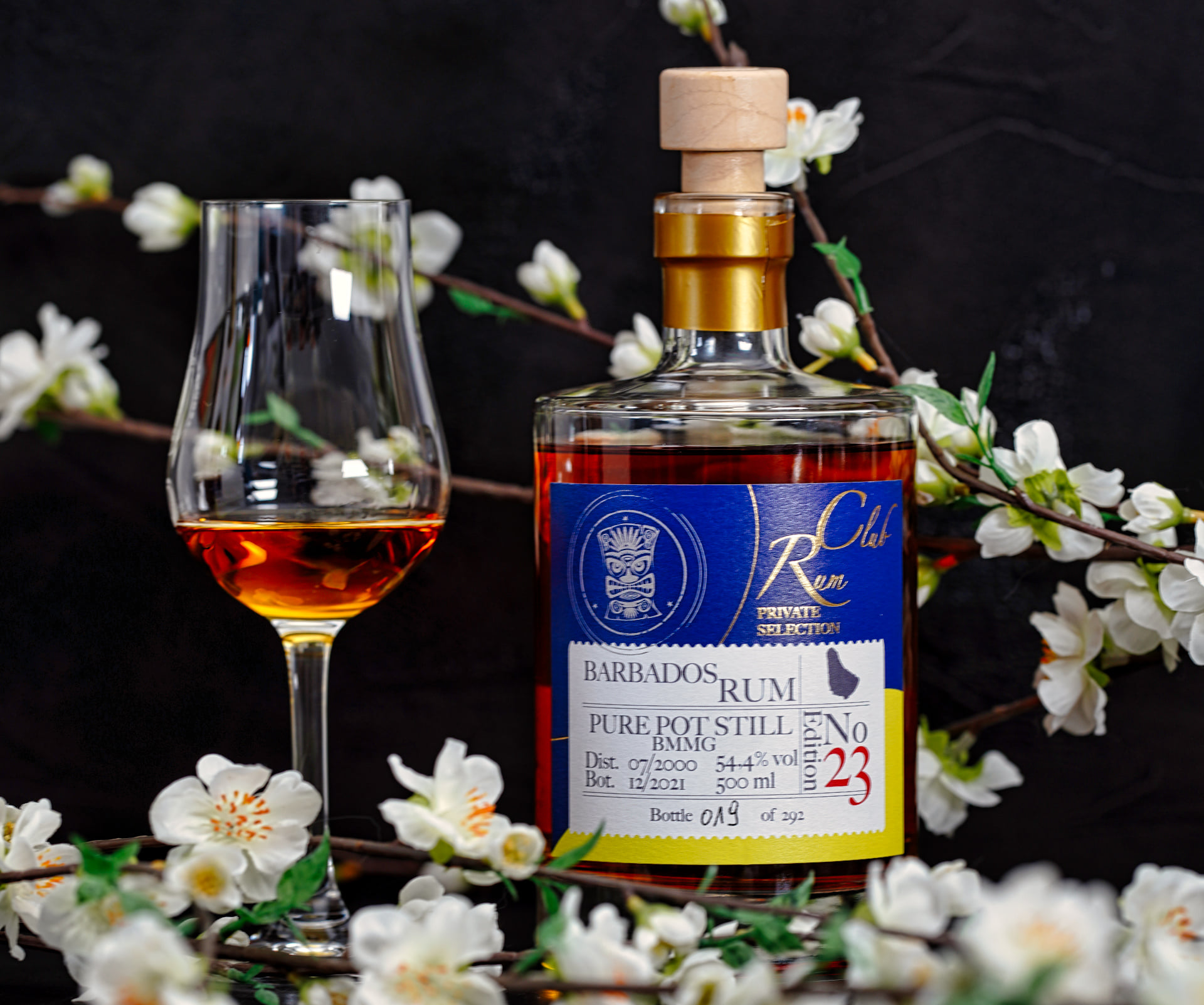 The Rum Depot is a shop in Berlin that specialises in, you guessed it, rum, and Dirk Becker, the owner, is the man behind the Berlin Rum Festival. I try to go there any time I’m in the city and have the time, because I have fond memories of my times wandering around the joint: it was the first such dedicated rum emporium I had ever visited, way back in 2012 when I had been so proud of my 50+ rum reviews (hush, ye snickerers). And aside from being introduced to Velier, Courcelles and a raft of other exclusive rums such as I could only have dreamed about in Calgary at the time, there was a whole table full of opened bottles one could sample at will.  Which I did, and do.

On this occasion it was Christmas 2021 and COVID had not yet died away so protocols were in place, but once again I was treated with patience and courtesy by Charlos and Fabian (who endured my persnickety-ness and constant questions with good cheer), and occasionally Dirk himself, when he had a free moment. At one point they brought out three bottles they intended to release in early 2022 and invited me to try them, and you’d better believe I jumped at the chance (the full story, which I started writing and clocked in at a thousand words before I put the brakes on, is better than this dry account suggests, but is too long to relate here without derailing the review completely). 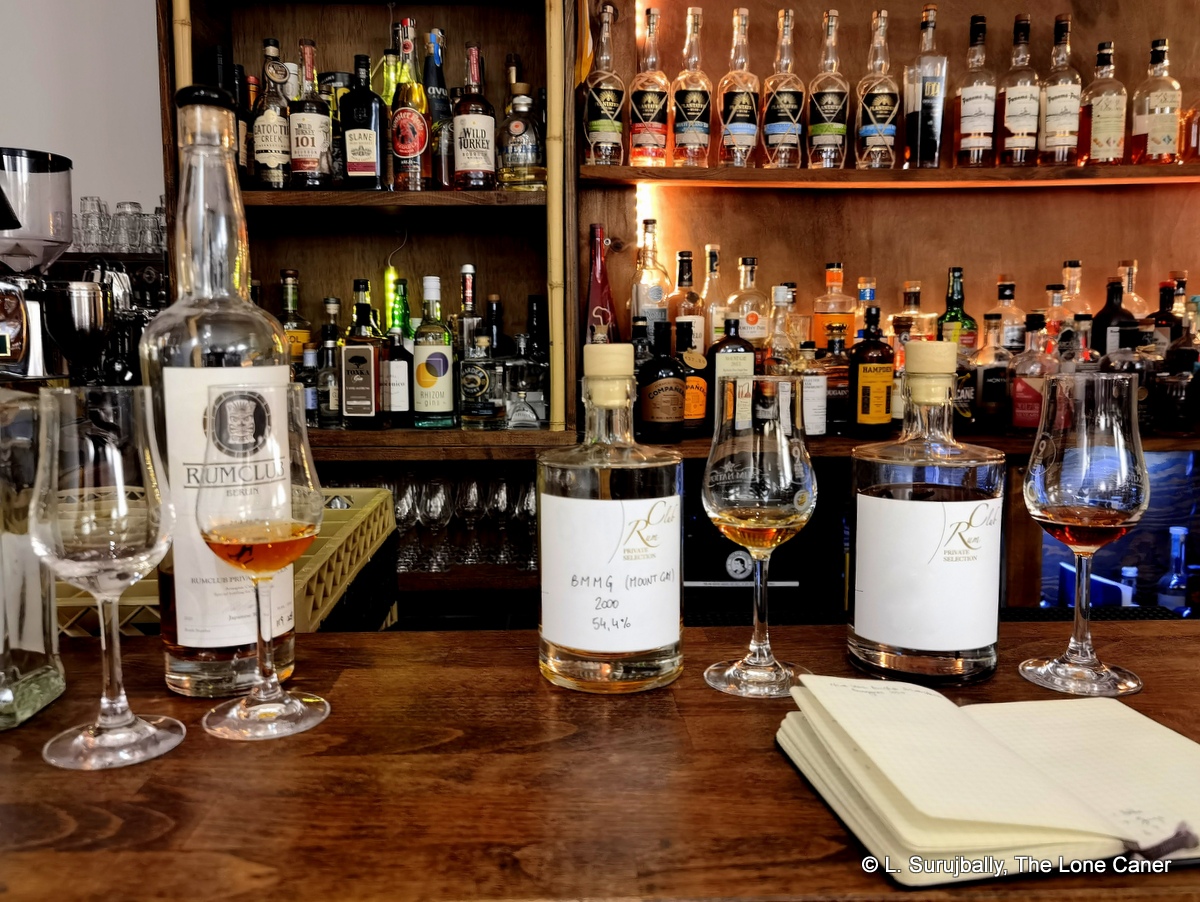 Though the selections were all quite impressive, one rum from the trio was really quite a catch just on its specs, I thought: a year 2000 21 YO Barbados pot still rum from Mount Gay. We’ve been fortunate enough to try pot still rums from Barbados before, of course: Habitation Velier’s Foursquare and Last Ward releases remain two of the best known – but another one is always welcome, especially from Mount Gay, which is more noted for its blends than this kind of thing (one wonders how Dirk snapped up the barrel, and why nobody else did, but never mind).

Jacked up to 54.4%, it certainly had a lot of pedigree to live up to, and the initial nose was at pains to demonstrate the fact that it wasn’t messing around and intended to wow you from the get-go.  It was very intense, very deep and – I can think of no better word – juicy. Extremely bright aromas of honey, nougat, caramel and aromatic flowers billowed right out and enveloped the senses in a rich tangle. Some funkiness of pineapple and strawberries, salt caramel, tobacco and leather added to what was a really nice nose. 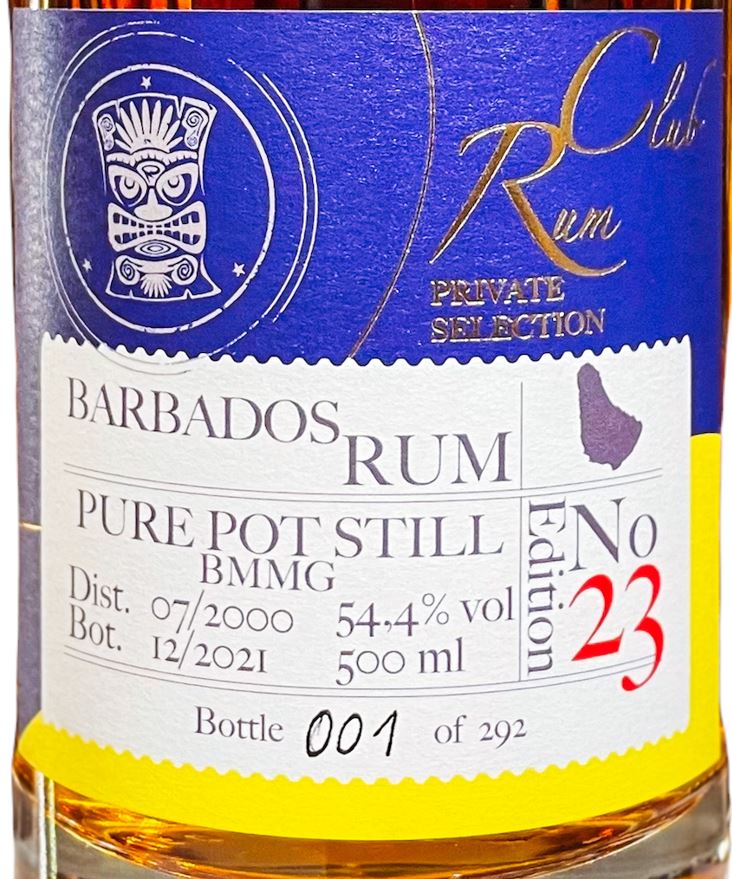 The taste was no slouch either. Very little sharpness, just solid intensity.  Honey was the first note to be discerned, tawny, raw honey dripping from the comb. Toffee, chocolate, molasses, salt caramel ice cream, a slight briny hint.  Then the aromatic tobacco and well-polished leather came onstage, followed by black cake, a mixed smorgasbord of fruits — strawberries, cherries, raisins, lychees, and even a plum or two.  There’s a touch of molasses and oak at the back end, complementing a solid finish that is musky, fruity, tart and tawny all at once, and lasts a good long time.  Which is great, since there’s not much of this stuff available and we want to savour what we do manage to sample.

Rum Club – the private bottling arm of the ‘Depot – selected and issued a really good rum here, and it adds to the reputation of Barbados as a rum producing nation. The real question it raises with me is this: with respect to pot still rums, why don’t we see more of them? Barbados has elevated its status over the last decade as the purveyors of excellent pot-column blends, which is completely fine, but I think there’s a niche to be explored here that is under-represented, both in the literature and on the shelves of our favourite rum stores. Only 292 bottles of this rum were issued to the public, most of them likely snapped up in Germany; after sampling it blind and then again knowing what it was, I thought it could serve as an indicator that there’s still lots more good stuff to come from the island, and I’d love to get more just like it. Lots more.