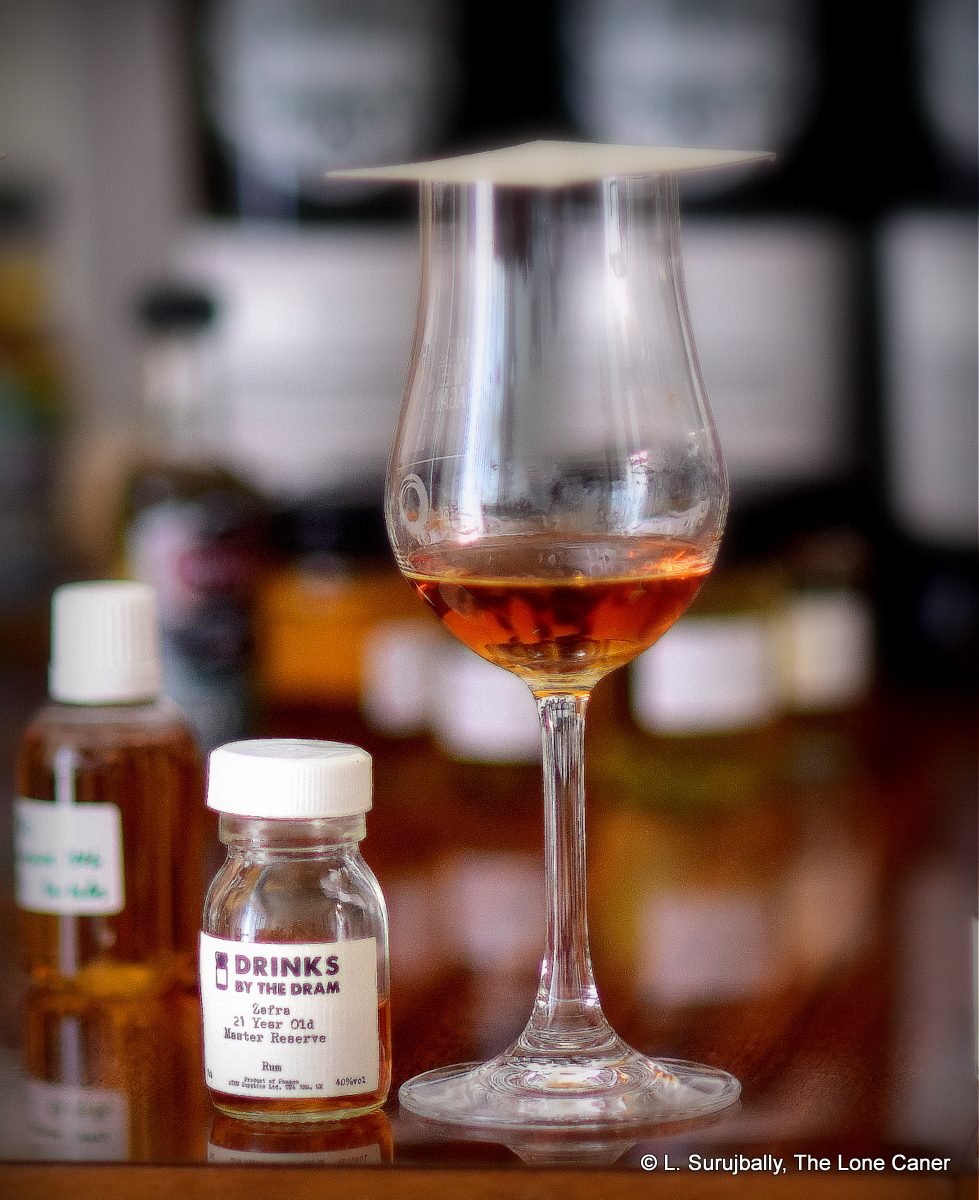 Going back to familiar rums we liked back in the day is something in the nature of revisiting the comfort food of our youth. The memories are strong and consoling, recalling a time of less snark, less cynicism and a whole lot more enjoyment. Surely such positively-associated, fondly-remembered rums deserve a place on the high-scorers list? The problem is, that’s all some of these are – memories.  The reality, informed by a more discerning palate and more varied experience, tends to deflate such candidates and show us both what we liked about them then, and maybe don’t so much, now.

Which brings me to the Zafra 21 Master Reserve which is almighty peculiar in that I tried it a lot in the early years, yet never took notes on it…and almost nobody else in the current rum-reviewing landscape has either.  Back then, I really liked Panamanian rums, before their overall placid sameness eroded my enjoyment and other, more exciting, forceful, original rums came to dominate my pantheon. Taste-wise, I always associated and linked the Zafra — perhaps subliminally — to Diplomatico, Zaya and Zacapa – and (to a lesser extent) to Dictador and Santa Teresa.  They all share certain similarities…a smooth velvety mouthfeel, sometimes solera production, with an oft-accompanying sweetness so characteristic of the type…and a kind of amazing longevity and popularity. I mean, just take a gander at the notes on Rum Ratings – almost 80% of the 201 respondents give it a score of 8 or better. That’s far from the massive 1,472 ratings of the Zacapa 23 or the 1,721 of the Diplo Res Ex, but it shows something of the way popular opinion bends for these soft Latin-style rums.

Still, it’s been many years, so has anything except my hairline and chubbier corpus changed in any significant way here? For example, is it still made the same way?  Does it still taste as easy-going and slickly-smooth as my recollections suggest? 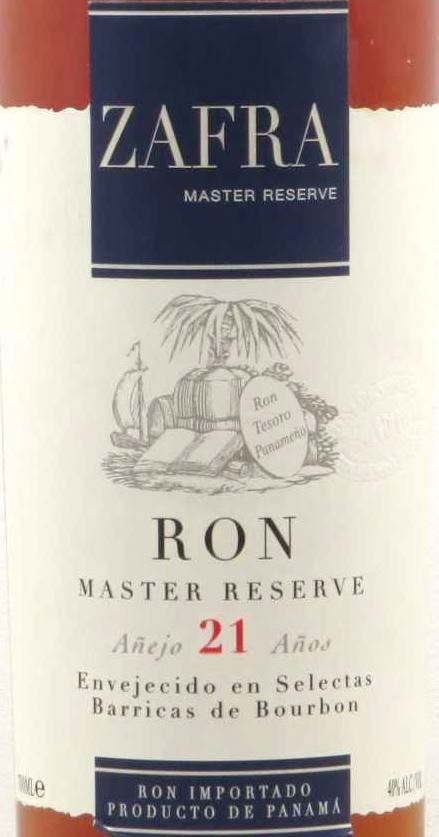 Based on research I had done at the time, and again for this essay, I’d say it is.  It remains a rum whose original blend dating back to 2009 when it was first released, has not appreciably changed.  It’s a Panamanian column-still rum created by Francisco “Don Pancho” Fernandez who is better known for both his moniker “The Minister of Rum” (not to be taken seriously, since there is no such position), and a true 21 year old aged in bourbon barrels – though trust issues such as those which afflict other aged Panamanians in these sadly suspicious times might make one take that with a pinch of salt.  In yet another odd thing about the rum, nobody has ever done a hydrometer test on it and post-2010, good luck finding a reviewer who’s written anything (back then the reviews were mostly positive, but of course Johnny Drejer had yet to upend the rumiverse for us).

Yet for its adherents the Zafra 21 YO remains a popular — if faded — star, and people like it, and trying the gold-brown rum makes it clear why this is the case.  At 40% it’s hardly going to blow your socks off, and when inhaled, there was nothing I wasn’t already expecting: caramel, creme brulee, dark fruit, leather, sawdust.  There were subtler notes of cinnamon, vanilla, brown sugar and ginger. The problem with it – for me at any rate – was that it was just too faint – it smelled watered-down, weak, with hardly any kind of serious enjoyment available for the nose, and complexity of any kind was just a vanished dream.

Nothing about the palate and mouthfeel greatly impressed me either, though I must admit, it was nice. Inoffensive might be the kindest word I can come up with to describe the faint driness, saltiness and sweetness, too vague to make a serious impression (and I was trying this first thing in the morning before a single rum greater than 45% had crossed my glass).  Caramel, vanilla, nutmeg, cinnamon led off, with some additional brown sugar, treacle, molasses. Trying to elicit and identify the fruity notes was as pointless as sniffing an orchard shut down for the winter. It simply had no edge, and stayed light, warm and smooth, with a finish that was short, sweet and light, with light oak, vanilla, pancake syrup and some peanut butter.  Big yawn. How 21 years of ageing in the tropics can impart so little character is the great weakness of the rum, and raises all kinds of flags to the wary.

Look, the Zafra 21 is a completely comfortable drink, like a worn pair of familiar slippers and if that lights up your wheelhouse, go for it, you won’t be disappointed.  The thing is, that’s all you get – it’s something of a one-trick pony, lacking in excitement or oomph of any kind. Thinking I was being unduly critical, I sampled nothing but 40% rums all day and then returned, but it still failed to impress. It’s one of those rums we enjoy for its unaggressive nature and decent profile, but sooner or later, when we have moved on and come back to it, we realize that the nose is anemic, the taste boring, the complexity a let down and the finish lacking any kind of fire.  Then we sit back and wonder how we ever loved it so much at all.