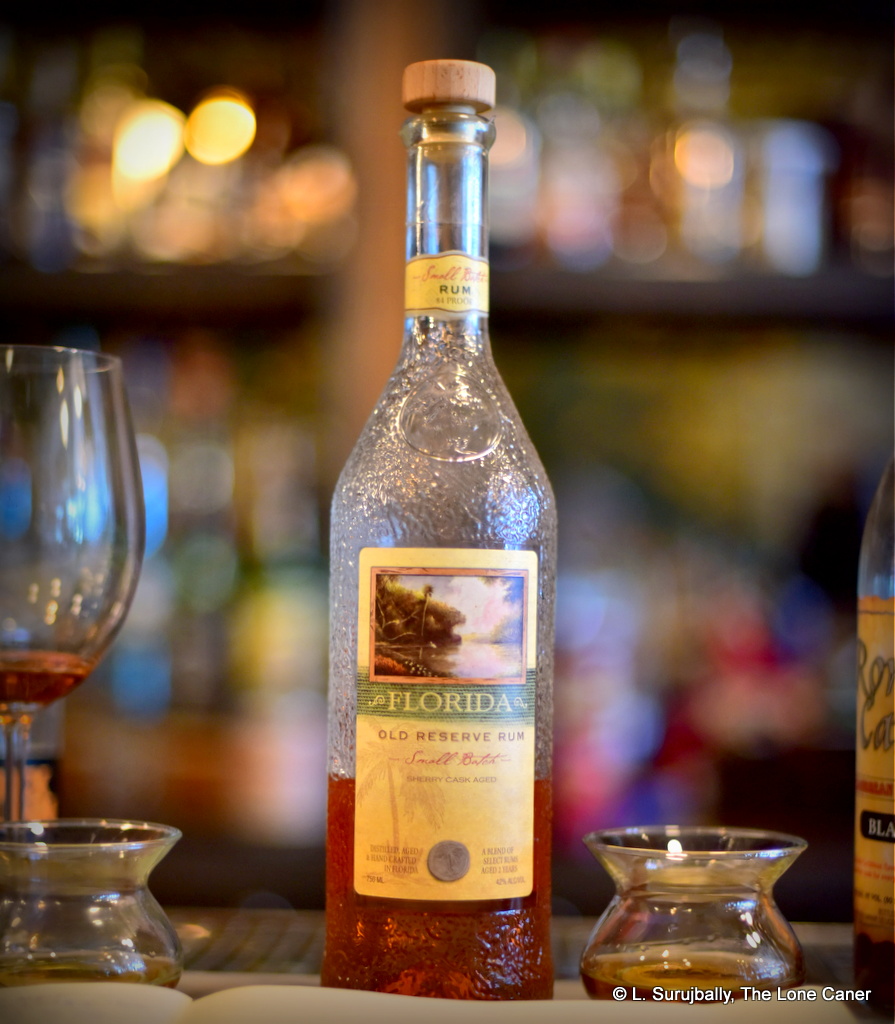 FCD is located halfway between Orlando and Tampa: they control the Club Caribe Distillery in Puerto Rico, as well as distilleries in Lake Alfred and Auburndale (both in Florida – the latter distillery produces this rum).  They are the oldest continuously running distillery in the US, being formed in 1943, and (somewhat to my surprise) said to be the largest rum producer in the US, bottle all rum for Cruzan and several smaller labels for contract clients including cruise lines and duty free shops as well as providing distillation, storage, ageing and bottling facilities as part of their service. 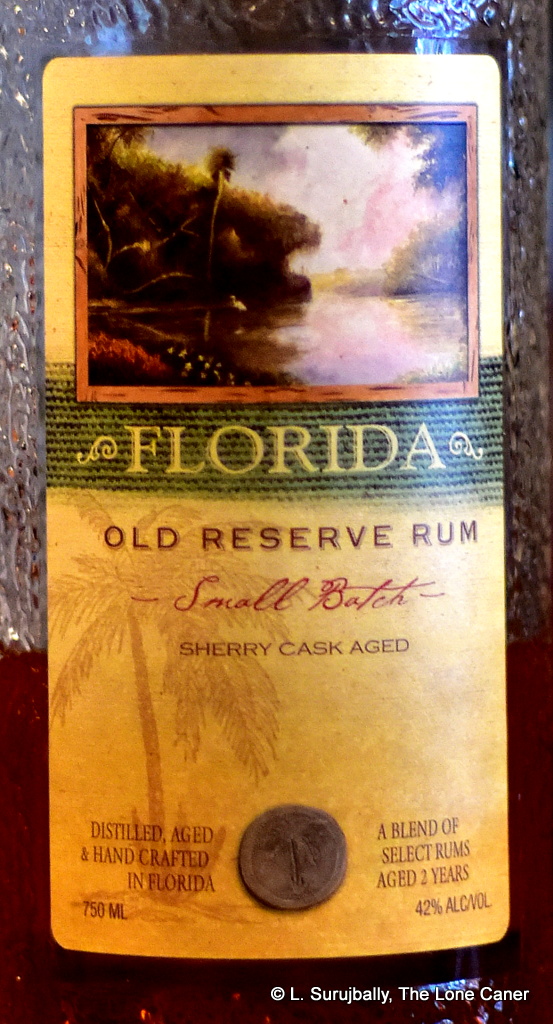 What it is, is a blend of “select rums” aged two years in sherry casks, issued at 42% and gold-coloured. One can surmise that the source of the molasses is the same as the Noxx & Dunn, cane grown in the state.  Everything else on the front and back labels can be ignored, especially the whole business about being “hand-crafted,” “small batch” and a “true Florida rum” – because those things give the misleading impression this is indeed some kind of artisan product, when it’s pretty much a low-end rum made in bulk from column still distillate; and I personally think is neutral spirit that’s subsequently aged and maybe coloured (though they deny any additives in the rum).

Anyway, tasting notes: the nose is the best part, stop reading if that’s all you need. Nutty cereals and salt crackers with cream cheese.  Citrus, flowers, brine and pickled gherkins in balsamic vinegar.. Soft and creamy, quite unaggressive, but tasty enough. Some white chocolate, brown sugar, cinnamon, but the overarching aromatic notes are the salt of maggi cubes and avocados.

To taste it’s disappointing, and leaves me wondering where the sherry influence went and hid itself. There’s some good stuff going on when you smell it, but to taste it wimps out and goes flat as spit on a hot rock.  There’s traces of oaken tannins, salt, caramel, a hint of white fruits, grapes, unsweetened chocolate. Also cereals, nuts, toffee, with a faint line of citrus twittering in the background, nothing really noticeable unless you concentrate.  All in all, it’s actually quite simple, and tastes very young, even a bit harsh, untamed (and not in the way an unaged white does). This jagged bite carries over into the finish as well, which really could use some taming, and gives little beyond some very light fruits and florals, and a last briny note.

For my money, the Florida Old Reserve Rum is not strong enough to make a statement, not old enough to demonstrate real complexity, not distinct enough in any way to perk up a cocktail; and the sherry cask ageing?….well, it’s something of a challenge to find traces of it at all. Tried blind, I doubt you’d notice its absence (or presence, or care). What it seems to be is something of a product that showcases what the distillery can do for others and maybe to bootstrap industrial scale rum making so effectively done by Bacardi.  Well, say what you will about The Bat, they at least can make decent rums. Here, I’d say that a lot more work needs to be done.

What really amazes me, in doing my background notes, is that the Beverage Tasting Institute gave the rum 93 points in 2014 and 88 in 2016.  Leaving aside the drop in scores over a two year span, one can only wonder what sort of sample set they had and what they were comparing it against, to give such a rating to something this unexceptional. If it was up to me I’d never drink the Reserve neat, and mix it without ceremony — always assuming I bought a bottle in the first place, and that’s really unlikely, now that I’ve tried it.