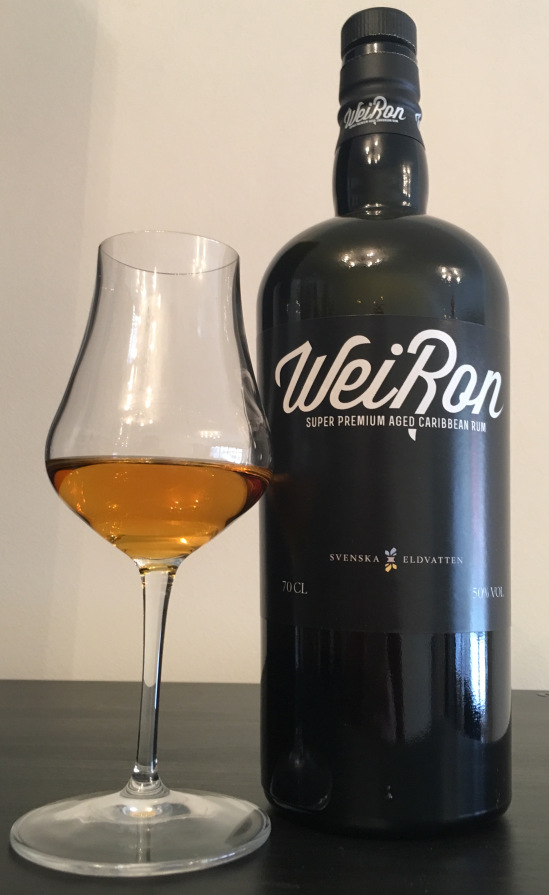 Bottled at an assertive but not excessive 50%, the Svenska Eldvattan Weiron is a blended rum out of Sweden made by the same happy bunch of guys who are behind the Rum Swedes lineup, which I’ve never tried but about which I’ve heard many good things.  That said, they don’t limit themselves to rum, and are primarily into bottling various whiskies, with a gin and a tequila or two for good measure.  This one is rather daringly called the “Super Premium Aged Caribbean Rum” which I’m sure has more than one rum junkie itching to see if it actually lives up to what few independent bottlers would dare to claim, not least because (a) nobody can actually define the term precisely and (b) there’s tons of rums out there which probably deserve the appellation more.

Getting the basics out of the way, the rum was issued in early 2015; part of the blend is Jamaican, part is Bajan, and there is more that remains unidentified.  However, to please the above-mentioned junkie, there are no additives, no chill filtering, and the individual components were all matured at the distilleries of origin, which unfortunately remain unknown to this day.  As an aside the Weiron seems to be turning into its own little lineup, as various other editions are being issued (like some Caroni and Nicaragua single cask, fullproof expressions).  Beyond that, there’s not much to tell you, not even the outturn, or the age of the bits and pieces; and there’s something about the bottle’s stark presentational ethos that suggests the Swedes felt that Velier obviously had far too much flower-child frippery and ridiculous ostentation in their overlabelled and overdecorated bottles.  Either that or they’re channelling Ikea, who knows? 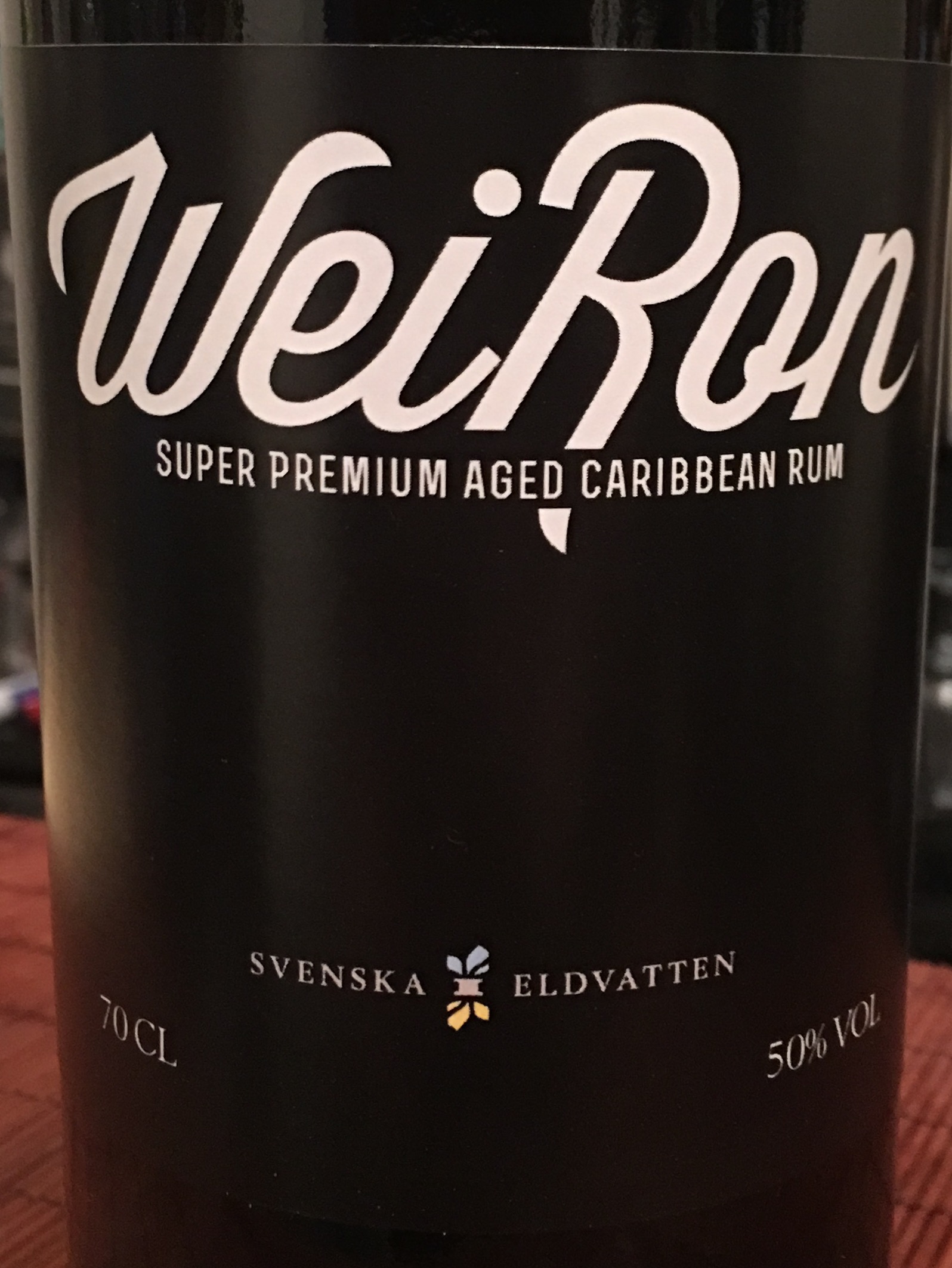 When smelled, one can instantly sense some pot still action going on here, as evidenced by the swiftly fading paint thinner and shoe polish aromas, although it didn’t hang around long enough to be a core component of the nose.  Still, there was cardboard, cream cheese, molasses and crispy crackers, both sweet and salt at the same time in a very nice balance.  It was manageably spicy, and took its own sweet time getting to the point, and after some minutes, darker fruit began to emerge, caramel, raisins, together with some nuttiness and leather, and perhaps a touch of toffee and vanilla, all bound together by an undercurrent of lemon peel and faint funkiness that pointed to the Jamaican more than any kind of Bajan influence.

It was on the palate that it came into its own and made more of a statement.  Warm and smooth, with a firm little burn for a 50% rum, and amazingly well assembled.  Cherries, olives, cumin, cardamom, brown sugar were the initial flavours, tied up in a bow with some very faint citrus and licorice.  With water the citrus disappeared, replaced by a good aged cheddar and black bread, more raisins, bananas, plus some herbal background of fennel and rosemary, and closing off with a lovely medium-long finish of fruit, more anise and sharper oaky tannins.  Overall, I had to admit, this wasn’t bad at all, and just wish I knew more about it – Steve James, who loved the rum and sent me the sample, felt it set a new benchmark for multi-island blended hooch, and though I was not quite as enraptured as he was, even I have to admit there was a lot of really good stuff going on here, and at its price point it’s well worth it.

Mostly these days I’m at that stage in my rum journey where blends don’t do much for me as they once did, and I want and prefer the product of a single distillery, bottled as is.  For example, I think the 2007 single-still expressions from DDL are better than their aged blends, and efforts to marry off disparate profiles like Oceans Distillery did with their Atlantic edition, or Amrut with their Two Indies didn’t entirely work for me (perhaps the Black Tot is the exception that proves the rule).  For a profile as distinct as Jamaica to be mixed up with a Bajan (and whatever the additional piece(s) was/were) the resultant has to be damned good to get my vote and my score.  Still, all that aside, in this particular case the lack of information works for the rum rather than against it, because it forces one to walk in blind without preconceptions and simply try what’s on offer.  On that basis alone, then, I’d say the Swedes have done a pretty good job at creating a fascinating synthesis of various countries’ rums, and produced something of their own whose moniker of “Super Premium” may be more hope than reality and which may not be greater than the sum of its parts…but is not necessarily less than those either.