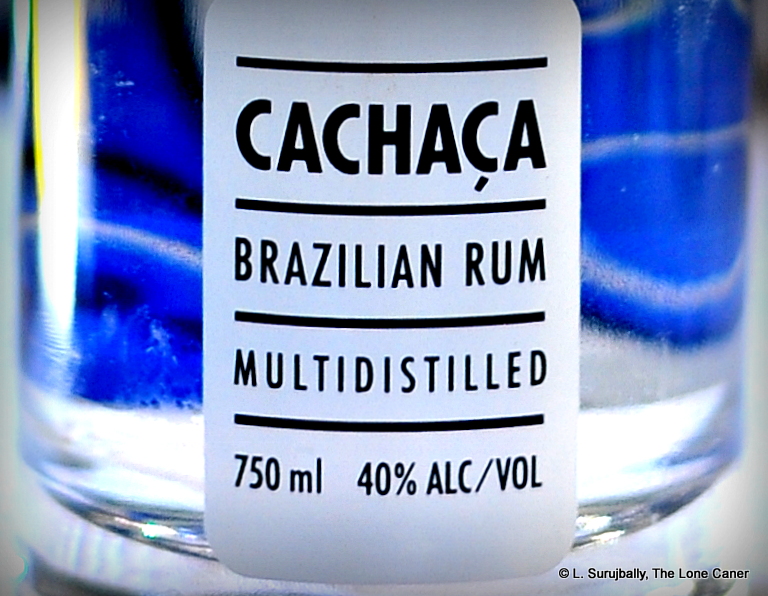 This was a cachaça I bought back in 2011 or thereabouts, and never bothered to open and review because I had zero experience with the spirit beyond getting smacked on caipirinhas a few times; I lacked sufficient background to rate it properly and it seemed to be unfair to score it when there were no fitting comparators.  Several years on, nearly three hundred reviews and quite a few Brazilian spirits later, plus available comparators and controls, and I felt better equipped to write something I can put my name behind.

Sagatiba Pura is produced in the small town of Patrocinio Paulista in the state of São Paolo, Brazil.  The company was formed in 2004, and through adroit marketing and what must have been pretty good brand ambassadorship, became one of the first cachaças to be widely exported and known outside its country of origin (it claimed to hold a 90% market share of cachaças in Britain in 2007).  It was likely this exposure that caused Campari to buy it in 2011 for $26 million. The company also makes Velha and Preciosa variations, which are aged and brown rhums in their own right, unlike this clear one, which was (and remains as of this writing) the only one of the line to make it to Canada. Too, while the USA appears to have gotten the 38% ABV version introduced back in 2013, mine was 40%.

The clear, multi-distilled, unaged cachaça had a nose that was by far the best of the series I tried that day, and though it came from a column still, did a good imitation of being a pot still product.  Rich, briny, waxy and redolent of spanish olives with  splash of furniture polish, it also had some hints of woodiness lurking in the background (though of course it had not been aged).  What made it shine in my estimation was the way it developed – after standing for a few minutes – and started to provide smells of citrus peel, crushed sugar cane, a sweetish amalgam of cinnamon and nutmeg, and even the light perfume of flowers…a really nice aroma all round, light and clean.

It was too bad that this promise didn’t carry over as to how it tasted.  It was spicy, clear, clean and dry, not sweet at all, with (initially) little of the delicate perfume the nose suggested. There was a certain metallic taste to it, a mixture of tobacco and wet campfire ashes, almost mineral-y in nature, sufficiently aggressive to squash the lighter vegetals, wet grass, aromatic cigarillos, sugar water, florals, watermelon and sliced pears which came out (helped by some water). These clashing flavours did not, in my estimation, play well together. Exactly the same notes carried over into the fade, which was short and dry and warm and smooth enough, but still ruined by the ashy and smoky, background, which was far too dominant and all-encompassing for me to appreciate it. There was originality here, no doubt, but no adherence to one taste profile over the other – like gambolling puppies they were all allowed to do pretty much what they pleased, without discipline or imposed order.