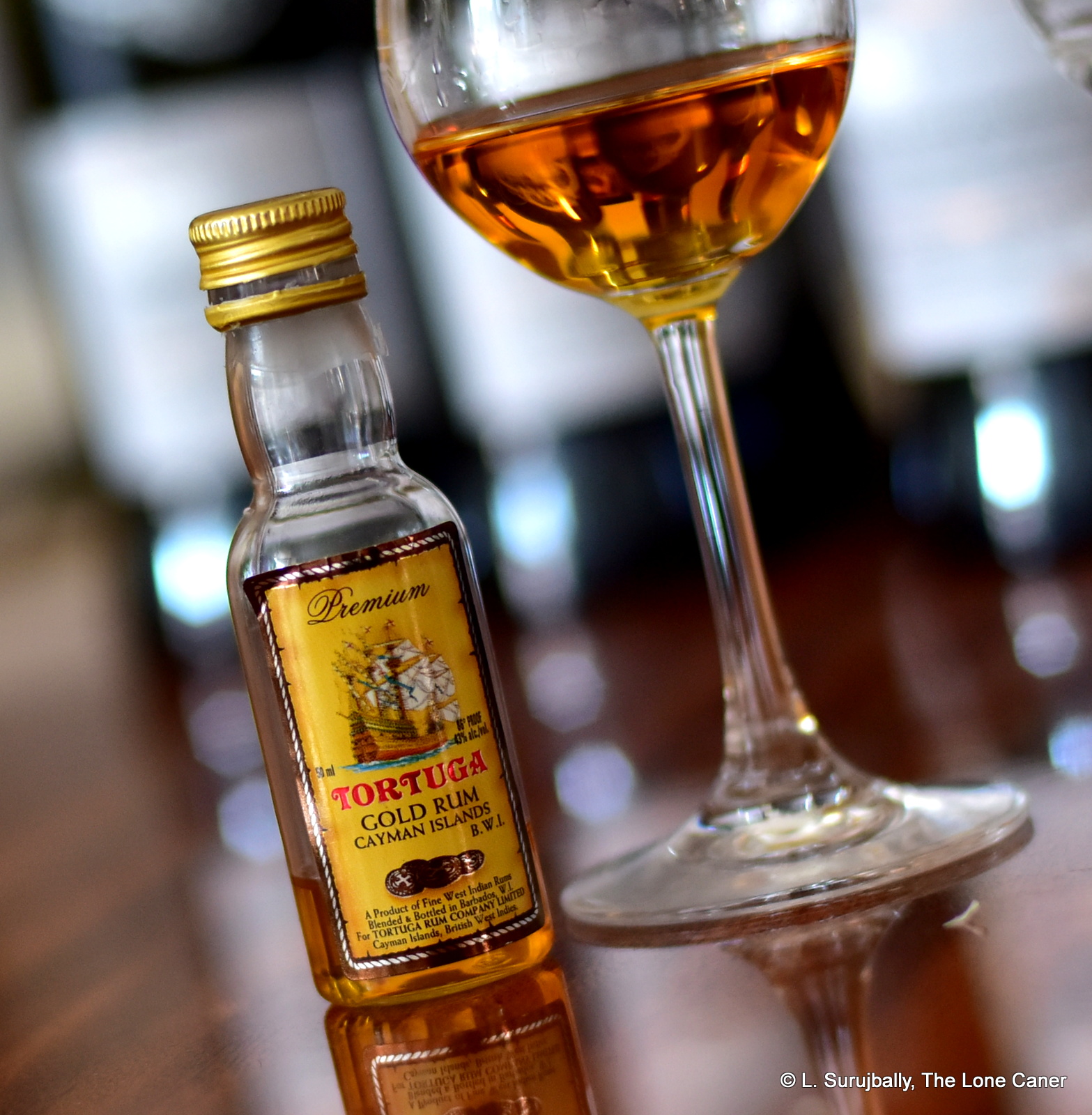 Such was the state of subtly misleading label design in 1984 and the later 1980s when the Tortuga Rum Company was formed and began blending rums to sell on cruise ships and duty free stores around the Caribbean.  Not a single thing is wrong, and yet everything is. Perhaps fortunately, it is now no longer easily available to mislead people into what the word premium means, because these days the company concentrates more on making rum cakes (of which this apparently is a key ingredient).

Finish – Warm oily, sweet, smooth. No problem.  Honey again, coconut shavings, a raisin or two, but for me to tell you there’s more would be reaching.

Thoughts – Given my despite for its blandly inoffensive white sibling, I didn’t walk in here expecting much.  But it wasn’t half bad – a completely unadventurous and reasonably tasty light sipping rum of which not much is asked and not much needs be given.  Maybe it’s sold in the right places after all. 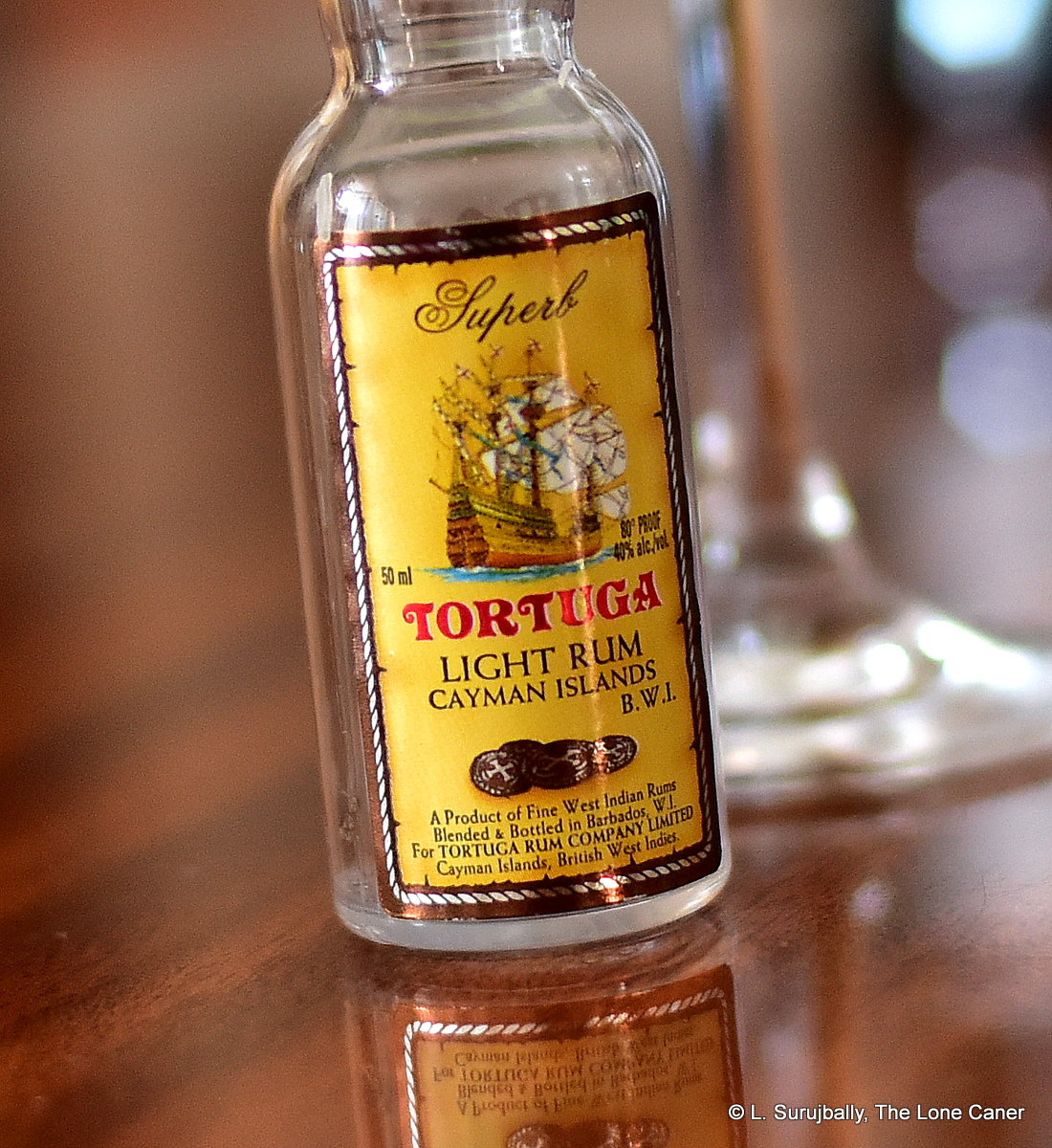 Think I’m harsh? Perchance I suffer from enforced isolation and cabin fever? Bad hair day? Feel free to contradict what I’m smelling: a light, sharp, acetone-like nose that at best provides a note of cucumbers, sugar water and sweet cane sap with perhaps a pear or two thrown in.  If you strain, real hard, you might detect an overripe pineapple, a squirt of lemon rind and a banana just beginning to go. Observe the use of the singular here.

Still not convinced? Please taste. No, rather, please swill, gulp and gargle.  Won’t make a difference. There’s so little here to work with, and what’s frustrating about it, is that had it been a little less filtered, a little less wussied-down, then those flavours that could – barely – be discerned, might have shone instead of feeling dull and anaemic. I thought I noted something sweet and watery, a little pineapple juice, that pear again, a smidgen of vanilla, maybe a pinch of salt and that, friends and neighbors is me reaching and straining (and if the image you have is of me on the ivory throne trying to pass a gallstone, well…).  Finish is short and unexceptional: some vanilla, some sugar water and a last gasp of cloves and white fruits, then it all hisses away like steam, poof.

At end, what we’re underwhelmed with is a sort of boring, insistent mediocrity.  Its core constituents are themselves made well enough that even with all the dilution and filtration the rum doesn’t fall flat on its face, just produced too indifferently to elicit anything but apathy, and maybe a motion to the waiter to freshen the rum punch. And so while it’s certainly a rum of its own time, the 1980s, it’s surely – and thankfully – not one for these. 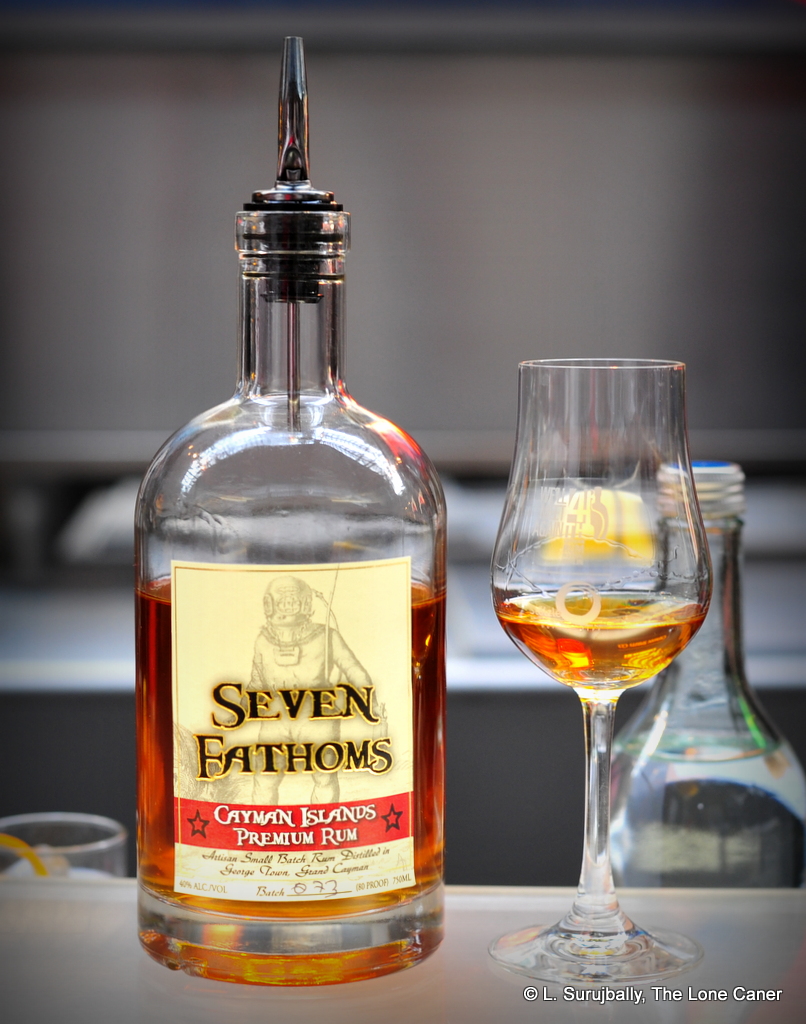