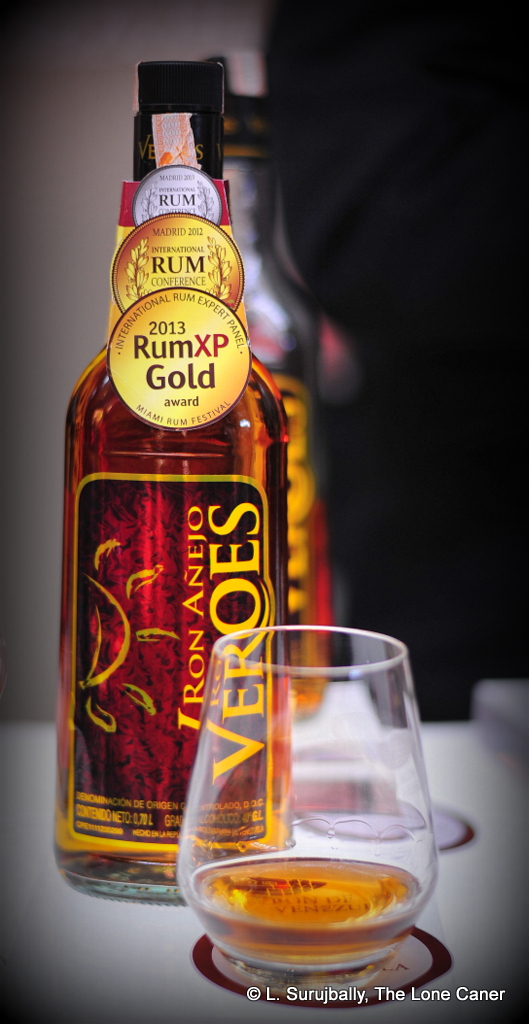 Frankly, I get more excitement looking for the keys in my pocket.

Like most people, the stuff I’ve tried from Venezuela are the Pamperos, the AJ Vollmer rums of Santa Teresa, and the Diplomaticos from Destileridas Unidas, the latter of which have recently been getting some flak on social media for their over-sugary backbones. Let me add to the Veno lineup with the Veroes, which won medals in 2012 from both the Madrid World Congress of Rum (and again in 2013) and from the XPs at the Miami Rum Renaissance. I think the Cacique 500 is knocking about somewhere, I’ll probably look at that soon as well.

For the history buffs, Veroes is a part of a group of family businesses. With the 2009 acquisition of San Javier Distillery (itself founded in 1974, though 1975 and 1976 are also quoted in various online sources), the inclusion of commercial recreational spirits took off . San Javier Distillery is located in north-central Venezuela and the brand of Veroes seems to have been theirs. Their expansion into the export market gathered steam after a 2009 modernization and while not precisely unknown in North America, their current thrust is primarily into Europe (Spain for the most part).

In a 2015 interview with GotRum Magazine, it was stated that there were no inclusions and additions whatsoever in the Añejo, so we were certainly getting a pure rum here.  I should mention, that there are some discrepancies in various online materials regarding its true ageing: Industries Bravo, a distributor in Venezuela, says it’s 4 years old; Mr. Leopoldo Ayala of CEO of Destilería San Javier (DSJ) and Destilería Veroes (DV), Venezuela, said it’s six years old, in 2015; The Madrid International Rum Conference gave it a silver in the “five years old or less” category, and the booth attendant at the Berlin Rum Fest was absolutely sure it was a blend of rums between 2-5 years of age. So go figure.  A private message to Veroes themselves gave me the reply that it is a blend of five year old rums…they may be having some trouble getting the word out.

The 40% rum was golden in colour; nosing provided an initially very sharp and spicy entrance, with opening scents of floor wax, herbal tea, incense and alcohol.  In some cases such a melange works, in others not.  Here, not so much. I endured the unappealing sharpness at the front end, and it mellowed out into more traditional molasses, vanilla and caramel as time passed.  I literally hung around with the rum and talked to my glass for over ten minutes exchanging anecdotes (with the glass) about other rums we had known and met over the years, but complexity (or conversation) did not seem to be its ambition or its forte, and apart from some additional light floral and citrus notes, it had nothing further to offer me. So, not being overly inspired thus far (or by its ability to speak), but knowing that sometimes nose and palate diverge widely in quality, I moved on.

The palate: reasonably smooth, a shade spicy, medium to light bodied; clear and clean and much less heated than those nose. It provided pleasant, unremarkable flavours of vanilla and caramel; quite a bit of woodiness in there; the rum seemed to have no particular unique character of its own that would make it stand out, which can be read as both a compliment and a denunciation, I suppose.  Adding water helped a little, just not enough to raise the bar.  Certainly coconut, some cherries and a flirt of citrus made themselves known, yet I felt that it needed more, more of everything – heft, intensity, weight, complexity, flavours – to succeed better, even as a cocktail ingredient.  The finish confirmed this – it was clean and short, nothing additional to report, without attitude or real complexity. 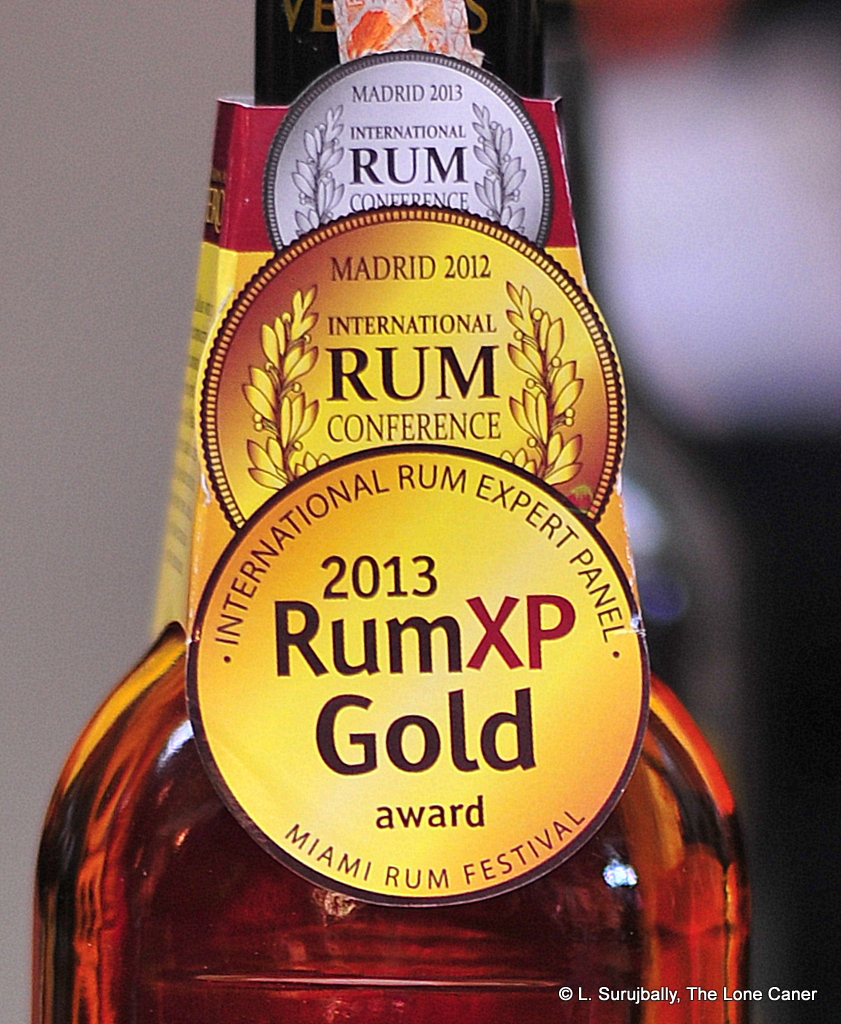 Maybe I’m being somewhat curt with my rejection of what is a workmanlike rum, reasonably made, if unexciting to behold.  Perhaps even unfair, given that it is a young rum still growing out of training wheels and likely not made to be a sipping rum. There are indeed older variants of the brand, six and twelve years old, which I have not tried, and it’s likely that satisfaction is to be gained there, as is usual with older expressions higher up the price and value chain. And after all, it did win those medals in Madrid, got a nod from the XPs, so others appreciate it.  This one may be all about opinion, then.

But for me, the Veroes Añejo is a young rum, too light and untamed. A mixing agent, that’s all. This is not a rum I particularly disliked, or, conversely, particularly enjoyed.  I was left feeling very little of anything. It absorbed enjoyment, anger, challenge, complexity, artistry, character, the way a black hole absorbs…well, everything. Finishing my tasting and writing up my detailed notes, all that remained was a peculiar indifference, hanging around like the Cheshire cat’s grin. Normally I revel in the plunge to dissect a drink’s profile: here, I’d much rather remain on the event horizon and hang around, getting older while waiting for its more aged siblings.

The rum conforms to the Venezuelan CIVEA “Denominación de Origen Controlada” (DOC) which marks it as Venezuelan rum adhering to certain standards of aging, production and bottling. I have not yet done any research to see how closely this lines up with the French AOC.