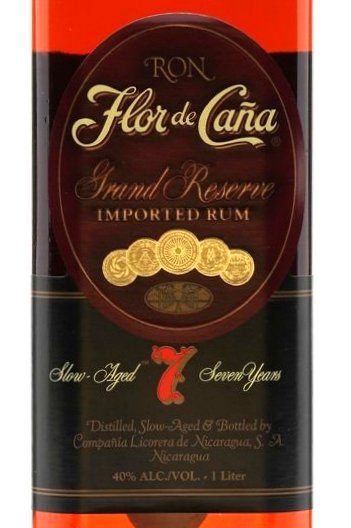 Solid, even excellent, full-bodied, full-tasting mixing rum (some with stronger constitutions than mine may disagree).  I’d take it neat only with some caution, and would simply not advise it this way, though you are welcome to try.

When you’re going on a deliberate bender, or attending a bash where you know the drinking will be copious, there’s about zero point to being pretentious  about it.  You dress like a peon, you bring some cheap stuff with you (or supply it), and you don’t waste a whole lot of time snooting, tooting, gargling, tasting and spitting. You’re there to have a good time, and having a professional demeanour regarding your booze is about as useful as taking Granny’s silverware to a backyard barbie.

This was the frame of mind in which I decided to take something simple to a gathering of the Old Farts last Saturday.  Normally referring to ourselves as the Great Scholarly Gathering (a hyperbole if there ever was one) we meet after work about once a quarter at the Unicorn Pub in downtown Calgary on a wing night, and quaff beer (rum in my case), discuss work and cast deleterious aspersions on the escutcheons of our former employers, long may their management bowels fester. The Bear, being a founding member of the esteemed society, decided to have it at his place last week, given that he had space and time; and never being one to pass up wings and ribs and booze, I enthusiastically accepted. And brought along this low end Flor, to see how it ranked up against their very excellent 18 year old.

Flor de Cana is a Nicaraguan rum (points to Doug McG for recommending its older sibling), produced by Compañia Licorera de Nicaragua, which was established in 1937 to produce and market the Flor.  In 1996 they did a complete factory upgrade which allowed them to attain the coveted ISO 9002 certifiction, and nowadays they use a 3 column still to produce both the Flor variations, and the bulk rum sold to bottlers and blenders in Europe. It’s of interest to note that while the political unrest of the ’80s and ’90s was going on, the conmpany maintained production, and hedged their bets by storing their rum production in oak casks (I assume in some safe location) – and now they have one of the best stores of aged rums anywhere, so look out for great rums to come in the years ahead.

Flor 7 is darkish gold brown with red tints, and medium bodied. It is not on par with the dark density of, say, the Kraken Black, or the almost oily opaque caramel of the El Dorado 21 year old, but it’s not light, and had anorexic legs that disappeared down the sides of the glass fast. Having had the 18 yr old, I expected something less sweet than the norm, perhaps some fruitiness to it.

The nose did not disappoint, once you got past the alcohol sting: slightly fruity, hints of caramel and toffee…yummy. The more you smell the thing in warm weather, the more you may find…I swear I smelled a bit of leather and oak in there (maybe that was the saddle some fool left draped over the Jack Daniels barrels this was matured in, back in the old pais).

Neat, the taste in the mouth is like a lesser version of the older rum: not quite as smooth or dense, and a bit rough, but not enough so to disappoint. The caramel, toffee and vanilla tastes are balanced by the lack of sweetness in a manner that is surprising, because normally I expect a bitchslap of bitterness when the sugar is toned down – but not here. No medicinal taste at all, just some sting and burn.  There’s a mild kind of spiciness, perhaps nutmeg or cinnamon (pepper?…naaah), that I liked. On ice this almost disappeared, but came back like the cavalry over a cola (in this case a pepsi might be better if you like your sweets up front). And the finish is crisp and sharp and sudden, with the burn there for sure, but in a way that reminds you this is a younger product of a more distinguished line and so is allowed a little more freedom to be untamed.

Now you must not get the impression that I took a delicate sniff, a prissy little taste, swirled and swallowed and then came up with all of this at once. Truth to tell, I finished half the bottle over the course of many hours (Keenan had retrogressed to Heineken, polishing off maybe fifteen or sixteen in the same timeframe). The thing is, the rum kind of opened up as the evening wore on, and I tasted more in it as I drank it more of it and didn’t eat anything except my wife’s ferocious hot wings (aptly named “Satan’s Crotch” to warn the unwary and tender-tummied).  And since I was neither completely drunk nor completely sober – I passed my time in a sort of pleasant haze in between either of these precipitous extremes – I was able to remember most of what I detected in order to write this review.

Mind, I’m sure you can understand why I waited a few days to write the thing.  Any fool can drink for eight hours, but it takes some skill to write something coherent when in that condition. I’m not entirely ecstatic with this single digit rum, but I will concede that it put me into my haze without bang or burn or serious after-effects, tasted pleasant and was a good drink.  So my take is that for a low end mixer, this one isn’t half bad at all, and if I didn’t have several thousand rums to look at in the course of my life, this one would probably take up residence on my “bender shelf” quite often.