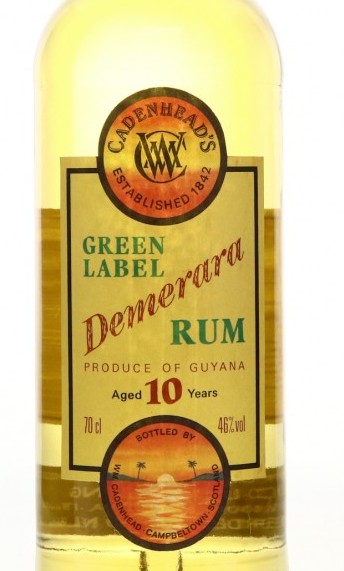 As noted before (and repeated below for the curious), Cadenhead has three different bottle ranges, each of which has progressively less information than the one before it: the Dated Distillations, the Green Labels and the Caribbean blends.

The Green Label releases are always 46% and issued on no schedule; their labels and the company website provides so little information on past releases that one has to take some stuff on faith — in this case, my friend Sascha Junkert (the sample originator) noted it was a 10 YO bottled in 2000, although even the best resource on Cadenhead’s older bottlings, Marco Freyr, cannot verify the dates in his detailed post on the company and the accompanying bottle list, and Rum-X only mentions one distilled in 1998. There are only a handful of Green Label 10 YO rums from Guyana / Demerara at all, and the 2000 reported date doesn’t line up for any other published resource – when they bother, most mention 1998-2002 as distillation dates. So some caution is in order.

What’s particularly irritating about the label in this instance is that it lacks any information not only about the dates and the still(s), but also the casks – and so here one has to be careful, because there are two types of this 10YO Demerara: one “standard” release, and one matured in Laphroaig casks. How to tell the difference? The Laph aged version is much paler and has a strip taped vertically across the screw top like a tax strip. Hardly the epitome of elegant and complete information provision now, is it.

The Laphroaig aged expression. Note the identifying strip at top.

Nose – Dry, dusty, with notes of anise and rotting fruits: one can only wonder what still this came off of. Salt butter, licorice, leather, tannins and smoke predominate, but there is little rich dark fruitiness in evidence. Some pencil shavings, sawdust, glue and acetone, and the bite of unsweetened tea that’s too strong.

Palate – Continues the action of the sweet bubble gum, acetones, nail polish and glue, plus some plasticine – not unpleasant, just not very rum-like. Also the pencil shavings, sawdust and varnish keep coming, and after a while, some green fruits: apples, soursop, grapes. At the last, one can sense candied oranges, caramel bon bons, and more very strong and barely-sweetened black tea teetering on the edge of bitterness.

Thoughts – It’s not often appreciated how much we pre-judge and line up our expectations for a rum based on what we are told about it, or what’s on the label. Here it’s frustrating to get so little, but it does focus the attention and allow an unblinking, cold-eyed view to be expressed. In fine, it’s an average product: quite drinkable, decent strength, enough flavours not to bore, too few to stand out in any way. It’s issued for the mid range, and there it resolutely stays, seeking not to rise above its station 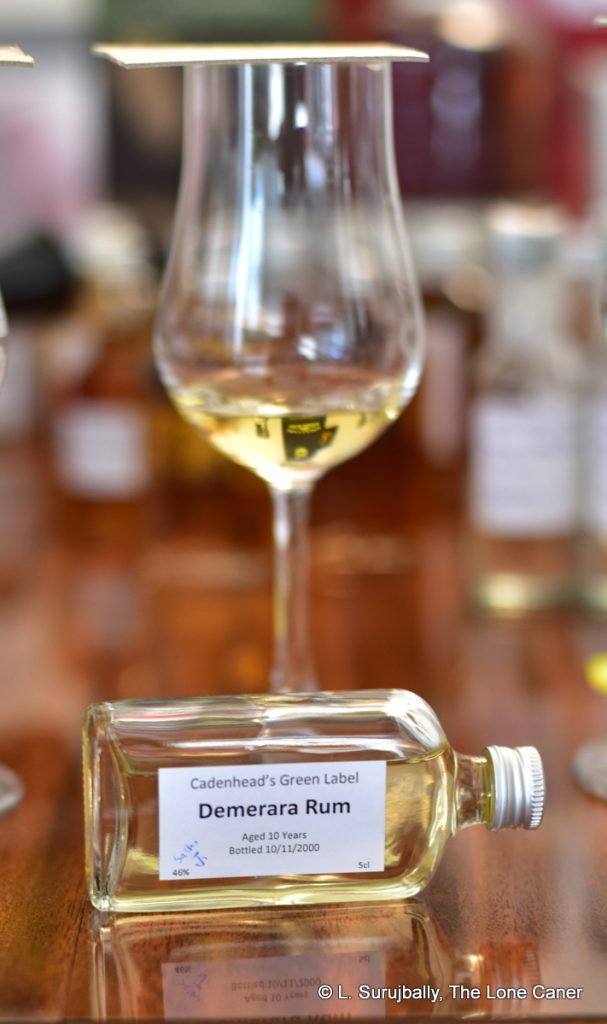