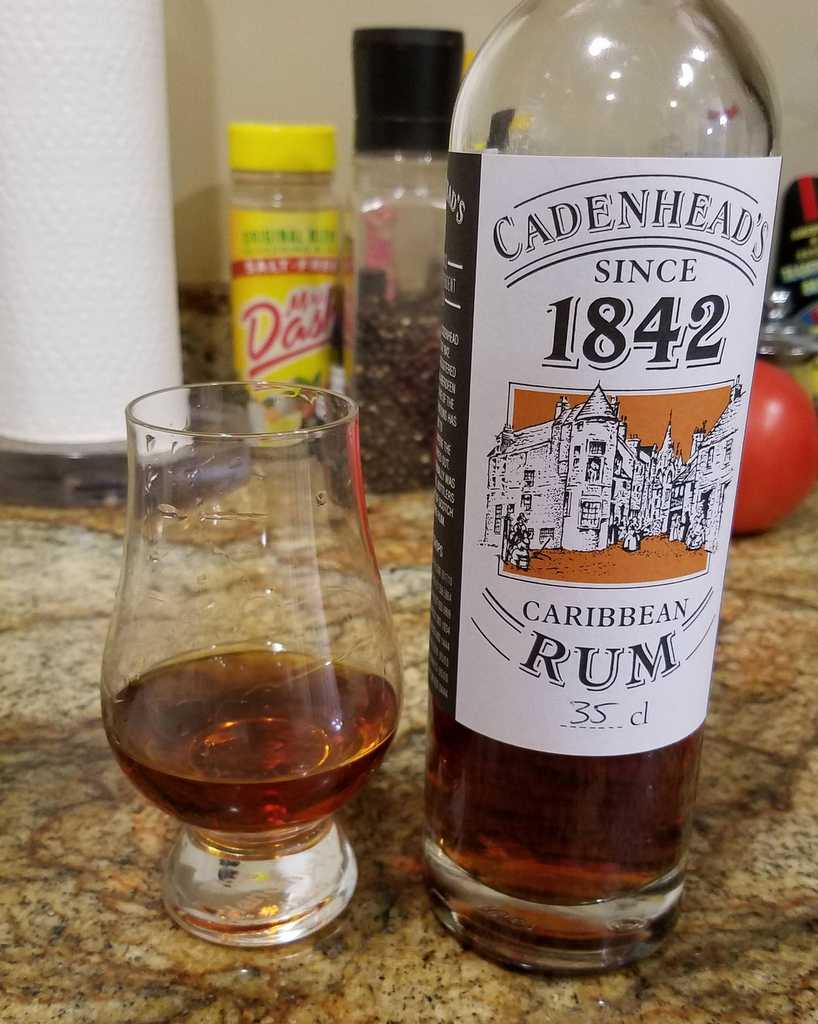 Every now and then a reviewer has to bite the bullet and admit that he’s got a rum to write about which is so peculiar and so rare and so unknown (though not necessarily so good) that few will have ever heard of it, fewer will ever get it, and it’s likely that nobody will ever care since the tasting notes are pointless.  Cadenhead’s 2016 release of the Caribbean Rum blend (unofficially named “Living Cask” or “1842” because of the number on the label) is one of these.

Why is it so unknown? Well, because it’s rare, for one — of this edition, only 28 bottles were released back in 2016, and how this could happen with what is supposedly a mix of many barrels? For comparison, the Velier Albion 1989 had 108 bottles, and it wasn’t a blend. Only the Spirits of Old Man Uitvlugt had this small an outturn, if you discount the Caputo 1973 which had a single bottle. It’s been seen the sum total of one time at auction, also in 2016 and sold for £85 (in that same auction a Cadenhead from the cask series, the TMAH, sold for £116, as a comparator). 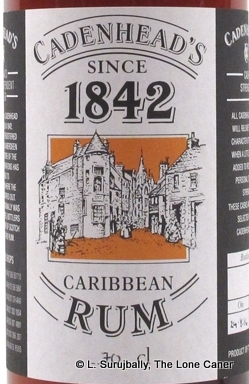 But a gent called Franholio on Reddit, supplemented by WildOscar66, and then a 2015 review by the FRP on another variant explained it: this is a sort of Scottish solera, or an infinity cask. It is a blend of assorted rums, in this case supposedly mostly Demeraras in the 8-10 YO range, though these are never defined and could as easily be anything else. These are dunked into any one of several quarter-casks (about 50 liters) which are kept in Cadenhead shops in Edinburgh and London, constantly drawn off to bottle and then when it hits halfway down, is refilled from a bit left over from whatever IB cask they’re bottling.  What this means is that it is not only a “living cask” but that the chances of your bottle being the same as mine is small – I’ve picked up references to several of these, and they all have different bottling years, strengths, sizes and tasting notes.

That doesn’t invalidate the skill that’s used to add components to the casks, however – the rum is not a mess or a completely mish-mashed blend of batsh*t crazy by any means. Consider first the nose: even if I hadn’t known there was some Demerara in there I would have suspected it.  It smelled of well polished leather, dark dried fruits, smoke and cardamom, remarkably approachable and well tamed for the strength of 60.6%. It melded florals, fruitiness and brine well, yet always maintained a musty and hay-like background to the aromas. Only after opening up were more traditional notes discerned: molasses, caramel, burnt sugar, toffee, toblerone, a little coffee and a trace of licorice, not too strong.

I would not go so far as to say this was a clearly evident heritage (wooden) still rum, or even that there was plenty of such a beast inside, because taste-wise, I felt the rum faltering under the weight of so many bits and pieces trying to make nice with each other. Salty caramel, molasses, prunes and licorice were there, though faintly, which spoke to the dilution with other less identifiable rums; some dark and sweet fruits, vanilla, a hint of oaken bitterness, more smoke, more leather. The coffee and chocolate returned after a while.  Overall, it wasn’t really that interesting here, and while the finish was long and languorous, it was mostly a rehash of what came before – a rich black cake with loads of chopped fruits, drizzled with caramel syrup, to which has been added a hint of cinnamon and cardamom and some vanilla flavoured whipped cream. 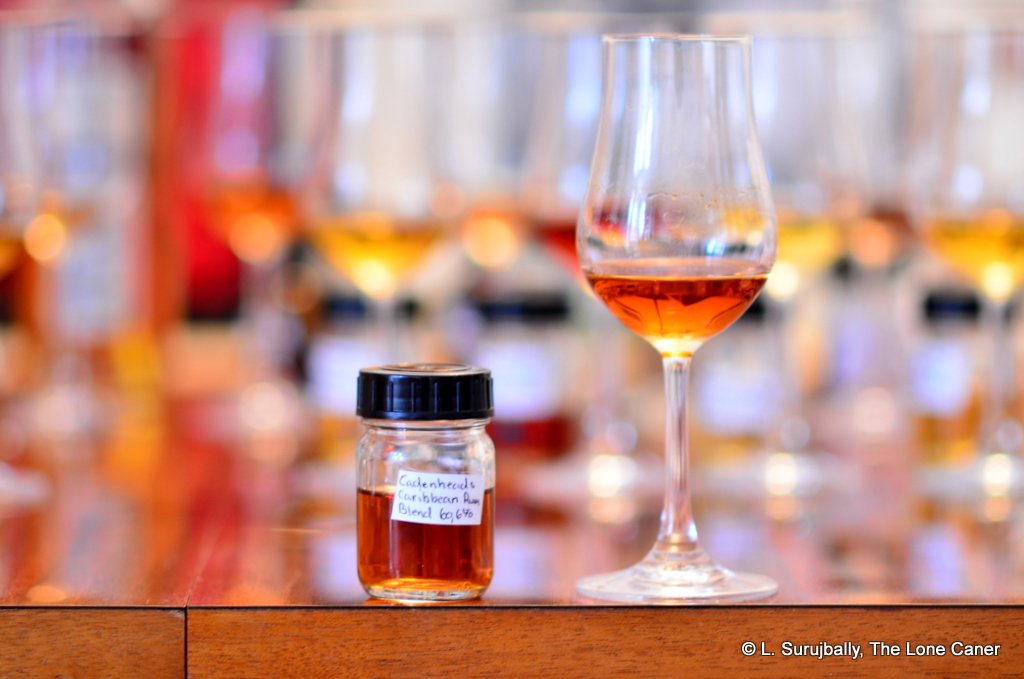 This Cadenhead is a completely fine rum, and I’m impressed as all get out that a quarter-cask solera-style rum – one of several in shops that have better things to do than micromanage small infinity barrels – is as good as it is.  What I’m not getting is distinctiveness or something particularly unique, unlike those “lettered” single barrel releases for which Cadenhead is perhaps more renowned. I might have scored it more enthusiastically had that been the case.

I believe that the process of developing any blend is to smoothen out widely variant valleys and peaks of taste into something that is both tasty and unique in its own way, without losing the interest of the drinker by making something overly blah. Here, I think that the rum’s strength carries it further than the profile alone could had it been weaker: and that although that profile is reasonably complex and has a nice texture, sold at a price that many have commented on as being pretty good…it is ultimately not really as rewarding an experience as it might have been with more focus, on fewer elements.