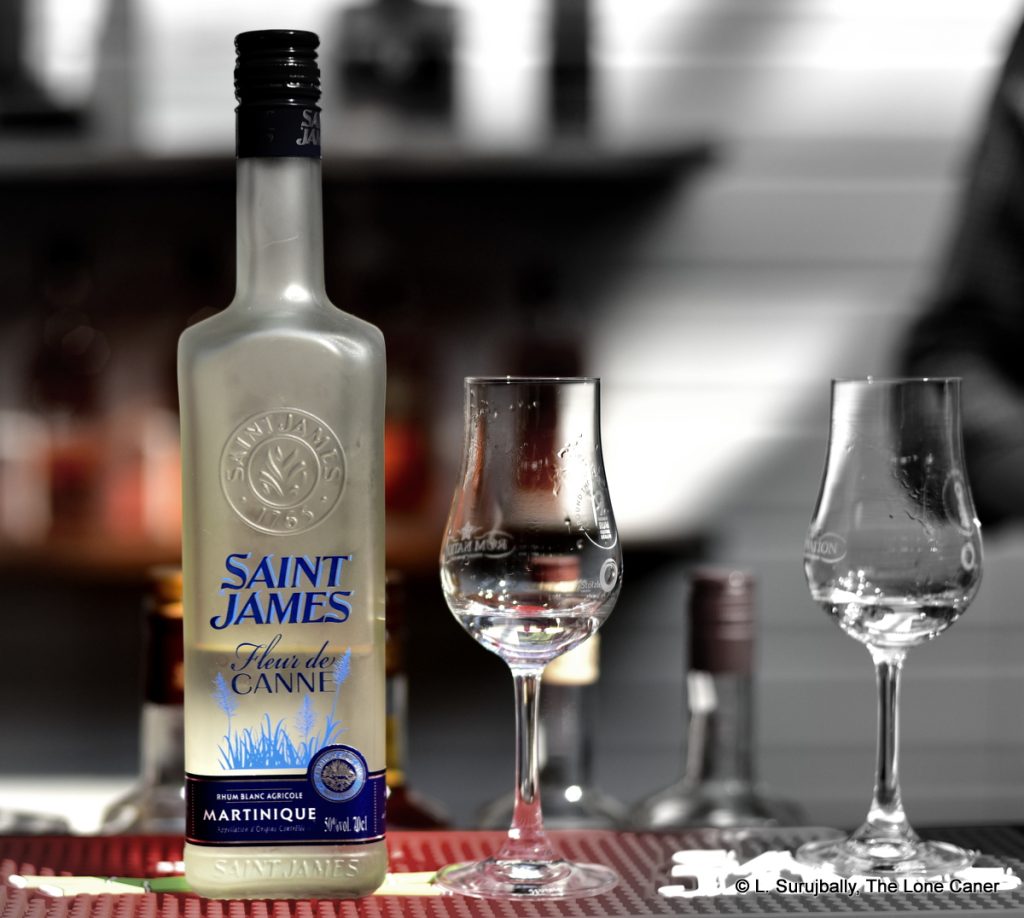 By now Saint James needs little introduction.  It is one of the premiere rum makers on Martinique, has a long and proud history, and isn’t particularly nervous about straying off the reservation from time to time.  They have made rhums in their illustrious history that are among the best, the most original or the most storied (not always at the same time, of course) – such as the legendary 1885, the pot still blanc, and most recently, the stunning Magnum series entry of the 2006 15 Year Old with which I was so enthralled.

However, in between all these top end superstars, we must not allow ourselves to forget the standard line of rhums they make: ambre, gold, blanc, and what have you.  The Fleur de Canne (“Flower of the Cane”) is not exactly a beginner’s rum, or a standard – but it’s very good indeed and carries the rep of the distillery in new (but not crazy) directions. The logic probably goes something like this: if one of their lesser known, not-quite-off-the-shelf efforts can be this good, what must the uber premiums be like, right?

Specs are straightforward: cane juice rhum, column still, no ageing, 50%.  More need hardly be said, except, why not just call it a straight blanc?  What’s with all the fancy titling? According to Marc Sassier, it’s made from cane harvested exclusively during the dry season, which he says gives it a more robust and fruity flavour profile. Well, that’s certainly possible.  What it does, then, is add yet another white rhum to to the existing rhums of the Imperial Blanc 40°, Blanc Agricole 55°, the three “bio” rhums of various strengths, and the Coeur de Chauffe.  You wouldn’t think there were so many variations, but yeah, here they are, and the best part is not so much that there’s something for everyone (and everyone’s wallet) in that stable, but that they’re all pretty fine ponies to take out for a trot. This one is particularly good.

The Fleur de Canne is a bit of a special edition, something of a unique experimental, and I think it’s made in limited quantities (in an odd omission, it’s not on the company’s website). I’ve had it three times now, and liked it a little better each time. The nose, for example, channels straight agricole goodness: a nice green grassiness mixed with the cleanliness of fresh laundry aired and dried in the sun. It’s neat and clean, as crisp as a breaking glass rod, redolent of cucumber slices in vinegar with a pimento for kick, red and yellow half-ripe fruits like mangoes, persimmons, pomegranates, and very ripe sweet apples. It has the tart and citrus aromas of a lemon sherbet mixed with a touch of vanilla and cinnamon, and behind all that is a hint of acetones and furniture polish. 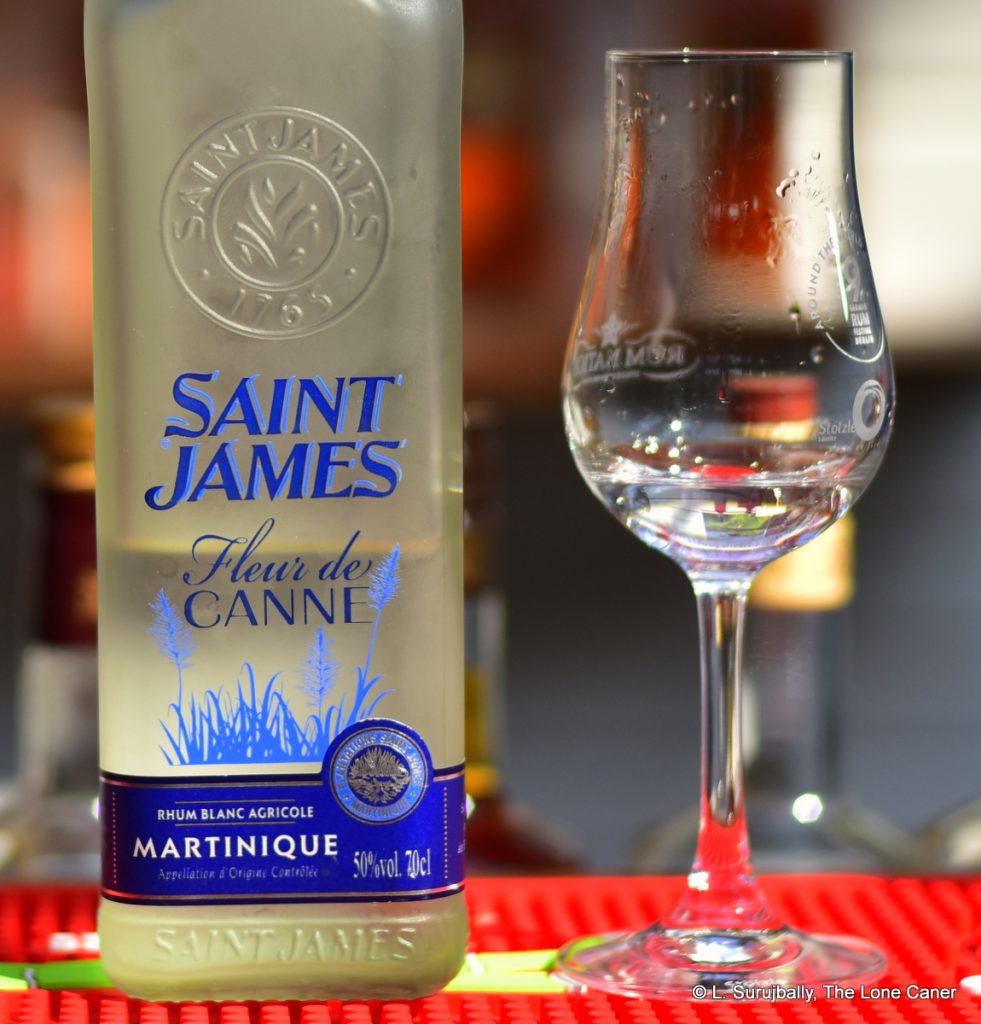 Tasting it continues that odd mix of precision and solidity, and really, the question I am left with is how is a rum dialling in at 50% ABV be this warm and smooth, as opposed to hot and sharp? It’s dry and strops solidly across the palate.  Sugar water, ripe freshly sliced apples, cider, lemon zest and nail polish remover, all of which crackles with energy, every note clear and distinct. Lemon zest, freshly mown grass, pears, papaya, red grapefruits and blood oranges, and nicely, lightly sweet and as bright as a glittering steel blade, ending up with a finish that’s dry and sweet and long and dry and really, leaves little to complain about, and much to admire.

You’d think that the stronger 55º blanc would make more of a statement with that proof point: but it’s ultimately just one strong rum within the standard lineup. When it comes to comparisons, it’s the Brut de Colonne “Bio” at 74.2% that the Fleur de Canne is probably better to rank against.  Both are special editions in their own way, and I think both serve as sounding boards and test subjects for Marc Sassier’s talent, restless curiosity and desire to tweak the levers of the universe with something a little off the reservation. The construction of the Fleur de Canne is granite-solid in its fundamentals, and yet such is the overall quality that we don’t sense the wheels squeaking. Honestly, I can’t say that the rum is some kind of new and stylistic breakthrough; but it is a rhum to cherish, starting out slow and deceptively simple, getting a head of steam behind it, and then turning out to be so well made that it’s hard to put down even when the glass, and maybe the bottle, is empty.