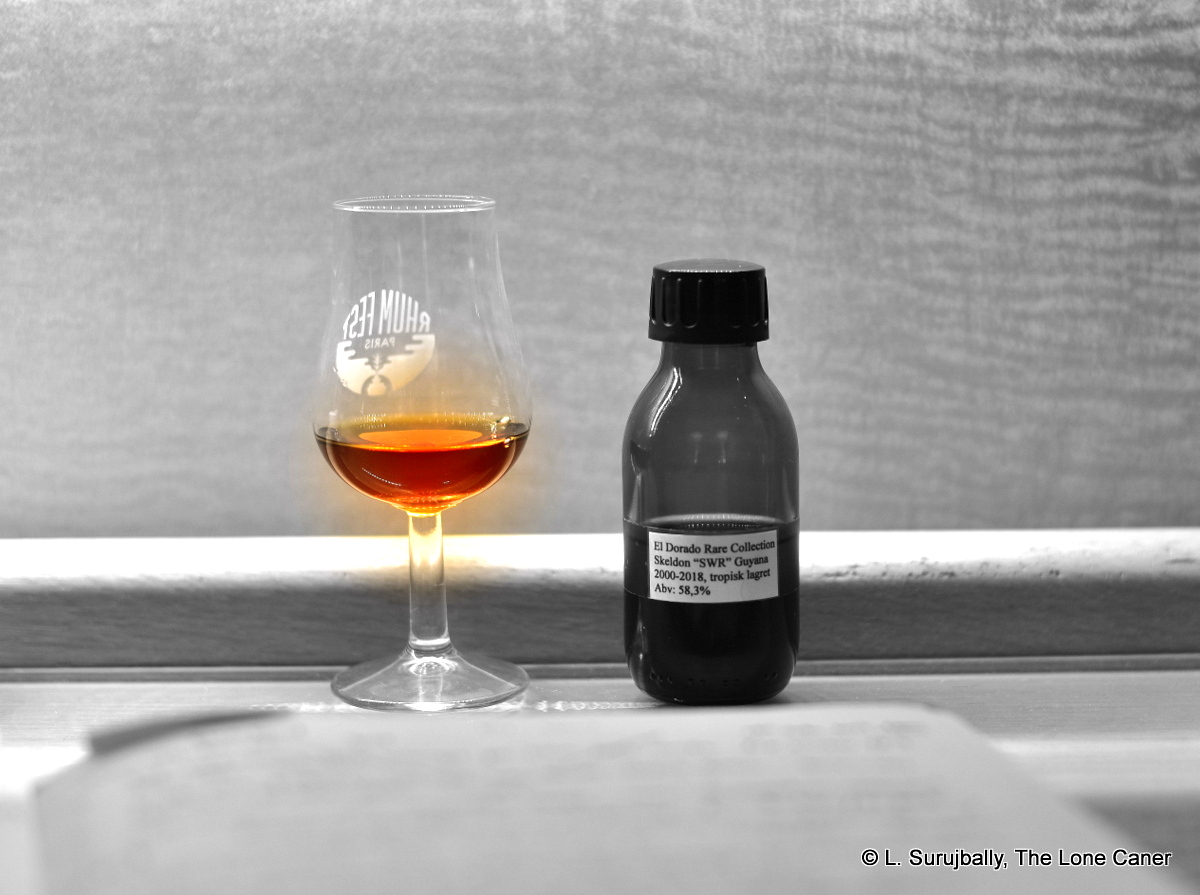 No matter how many Guyanese wooden-still rums get bottled sporting the famed letters PM, VSG or EHP, none of them save perhaps the very oldest have anything near the mythical cachet of rums bearing the name “Skeldon”. Even when I penned my original review of Velier’s Skeldon 1973 back in 2014 (when the company and Luca Gargano were hardly household names), it was clear that it had already become a cult rum. Nowadays the 1973 or 1978 rums sell for thousands of dollars apiece any time they come up for auction and that price and their incredible rarity makes them holy grails for many.

But for those who came to Velier’s rums late, or lack the deep pockets necessary to get one, there is an alternative, and that’s the very well assembled Skeldon 2000 that arrived on store shelves in late 2018 as part of the 3rd Release of DDL’s Rare Collection. This collection supplanted and replaced the Velier rums (though both parties always insisted they were DDL rums from the get-go) when it was seen that they were no mere niche products, but full blown money-spinners in their own right that aimed at the very top end of the rum market. The dependable old faithfuls of Enmore, Port Mourant and Versailles were produced in 2016 and 2017, and in 2018 the fans finally got what they were lusting for — an Albion 14 YO from 2004 and this one.

What came out the other end and got stuffed into a bottle was quietly stunning. It exuded scents of deep and rich caramel, molasses, vanilla and anise (if the ED 21 YO had had less licorice and the ED 25YO no sugar, they would have come close to this). It developed into a damp mossy tropical forest steaming in the sun after a cloudburst, but this was mere background to the core aromas, which were cinnamon, molasses, cumin, salt caramel ice cream, licorice and a really strong hot chocolate drink sprinkled with, oh, more chocolate. 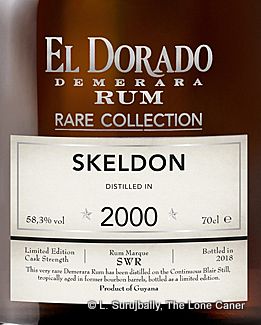 Its standout aspect was how smooth it came across when tasted. As with the Albion we looked at before, the rum didn’t profile like anywhere near its true strength, was warm and firm and tasty, trending a bit towards being over-oaked and ever-so-slightly too tannic. But those powerful notes of unsweetened cooking chocolate, creme brulee, caramel, dulce de leche, molasses and cumin mitigated the wooden bite and provided a solid counterpoint into which subtler marzipan and mint-chocolate hints could be occasionally noticed, flitting quietly in and out. The finish continued these aspects while gradually fading out, and with some patience and concentration, port-flavoured tobacco, brown sugar and cumin could be discerned.

Is it like the more famous Velier Skeldons I’ve tried? Yes…and no. There were differences, as is inevitable over such a span of years. What is important that the rum is a good one, noses well, tastes better, and its real failing may not be how it drinks, but how much it costs relative to other Demerara rums made by the independents…because really, not many can afford this kind of rum, and DDL’s dosage reputation would hinder easy acceptance of such a pricey spirit on its merits (a problem Velier would likely not have). In any event, there are few, if any, alive now who could even tell you what an “original” Skeldon rum tasted like, given that so much time has flowed past, that the distillery was closed so long ago, and that Skeldon’s distillery output even then was folded into other companies’ blends (remember, estate- and still-specific branding is a very recent phenomenon).