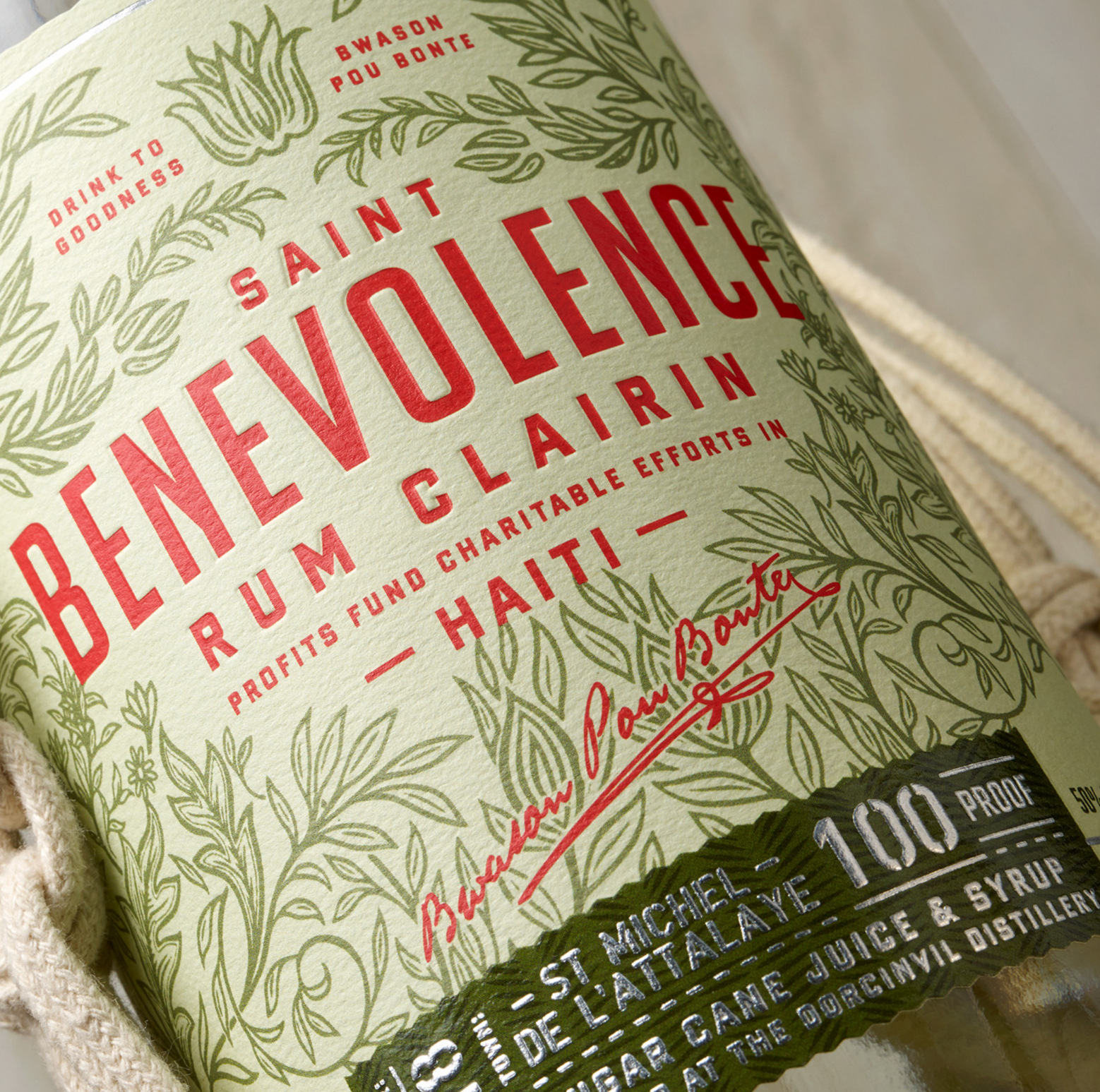 “White cane spirits are having a moment,” wrote Josh Miller of Inu a Kena in naming the Saint Benevolence clairin one of his top rums of 2019.  He was spot on about that and I’ve felt the same way about white rums in general and clairins in particular ever since I had the good fortune to try the Sajous in Paris back in 2014 and had my hair blown back and into next week – so much so that I didn’t just make one list of 21 good white rums, but a second one for good measure (and am gathering material for a third).

Given that Velier’s involvement has raised the profile of clairins so much, it’s surprising that one with the avowed intention of ploughing back all its profits into the community where it is made (see “other notes”, below) does not have more of a mental footprint in people’s minds.  That might be because for the most part it seems to be marketed in the USA (home of far too few rum blogs), whence its founders Chase and Calvin Babcock hail – and indeed, the first online write ups (from Josh himself, and Paul Senft on Got Rum), also stemmed from there.  Still, it is moving across to Europe as well, and Indy and Jazz Singh of the UK-based Skylark Spirits, couldn’t contain their glee at providing something to a ‘Caner Party in 2019 which we had not seen before and threatening dire violence if it was not tried right then and there.

They could well smile, because the pale yellow 50% “white” rum was an aromatic beefcake that melded a barroom brawler with a civilized Martinique white in a way that we had not seen before. It started rough and ready, true, with fierce and pungent aromas of wax, brine, acetones, and olives biffing the schnozz, and it flexed its unaged nature quite clearly and unapologetically.  There was a sprightly line of citrus/white sugar running through it that was pleasing, and after a while I could sense the sharpness of green apples, wasabi, unripe bananas, soursop mixing it up with softer scents of guavas and vanilla. Every now and then the salty, earthy notes popped back up as if to say “I exist!” and overall, the nose was excellent.

Unlike the overpowering strut of the Velier clairins, the taste here was quite restrained and less elemental, even at 50% ABV.  In fact, it almost seemed light, initially presenting a nice crisp series of sugar-water and lemon notes, interspersed with salted cucumber slices in sweet apple vinegar (and a pimento or two thrown in for kick).  Mostly it was crisp fruits from there – green grapes, red currants, soursop, unripe pears, and it reminded me of nothing so much as the laid back easiness of the Cabo Verde grogues, yet without ever losing a bit of its bad boy character, the way you can always spot a thug even if he’s in a tux, know what I mean?  Finish handled itself well – salt and sweet, some tomatoes (!!), a little cigarette tar, but mostly it was sugar water and pears and light fruits, a soft and easy landing after some of the aggro it presented earlier.

All in all, really interesting, though perhaps not to everyone’s taste – it is, admittedly, something of a challenge to sample if one is not prepared for its rough and ready charms. It may best be used as a mixer, and indeed, Josh did remark it would work best in a ‘Ti Punch or Daiquiri.  He said it would make “for a fresh take on an old favorite”, and I can’t think of a better phrase to describe not just the cocktails one could make with it, but the rum as a whole. It lends richness and variety to the scope of what Haitian clairins can be.