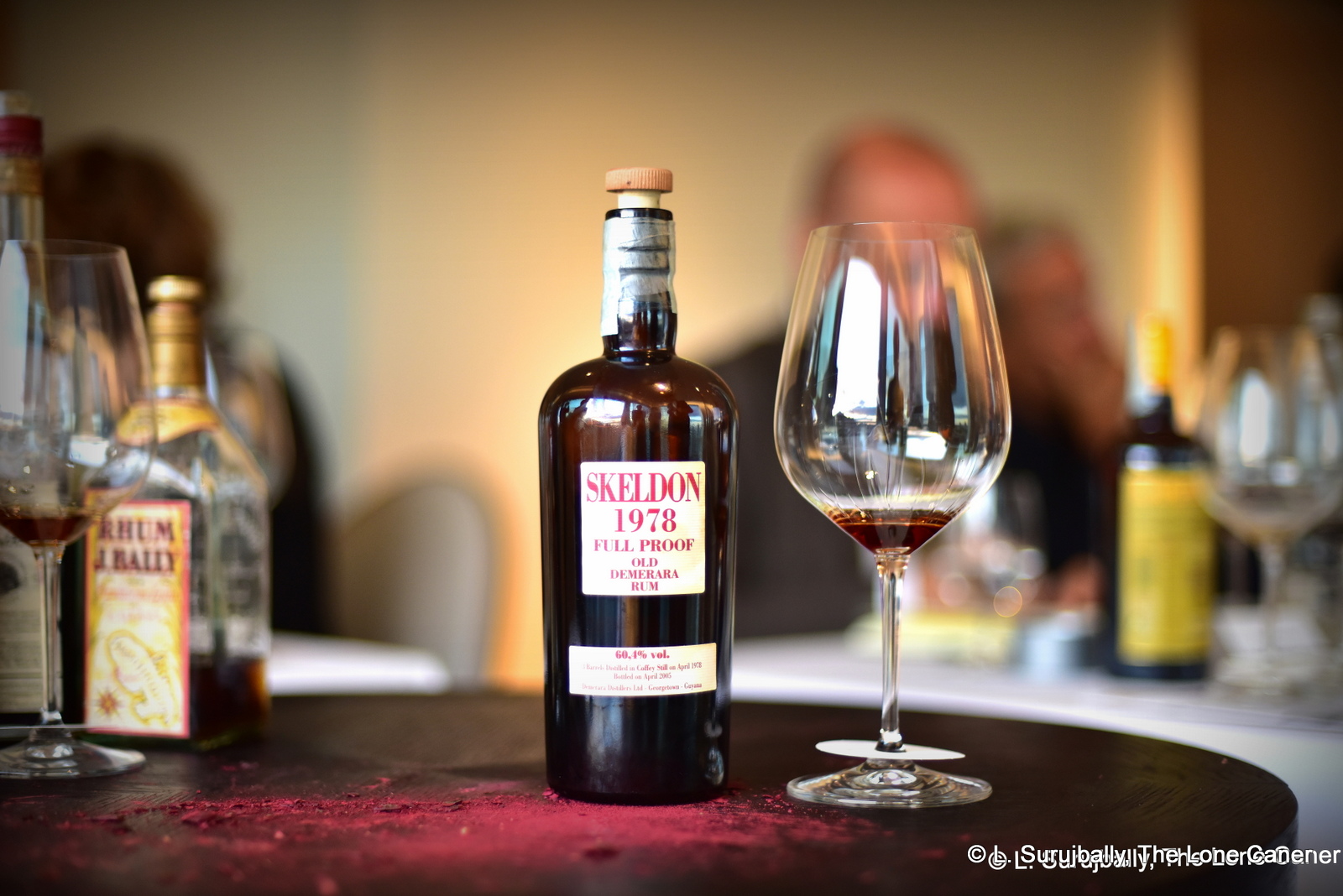 Every rum drinker who’s been at it for a while has a personal unicorn.  It might not always be some hoary old grandfather of a rum, forgotten by all but barking-mad rum nerds, or the miniscule output of a distillery no-one now remembers (like the Heisenberg Distillery) — sometimes it’s just a rum that’s hard to get and isn’t for sale in local markets. Occasionally it’s even one they possess already but which evokes strong positive memories. 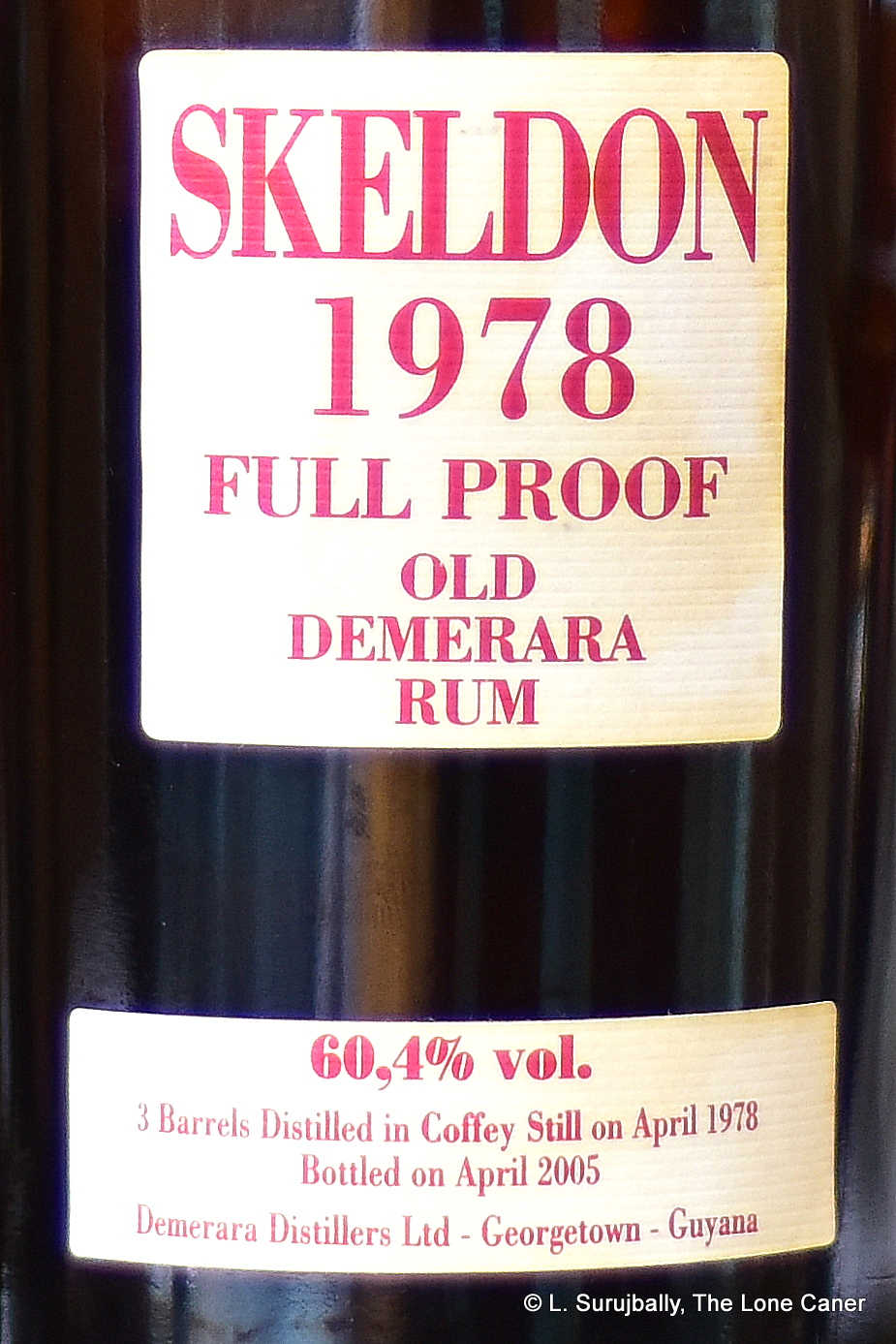 The history of the Skeldon 1978 bottling from a long-dismantled Savalle still is an odd one: the plantation is on the far eastern side of Guyana and the distillery has been shut down since 1960, though the original sugar factory’s remains continue to moulder away there, now replaced by a modern white elephant.  It’s possible that the Savalle still which made it was taken elsewhere (Uitvlugt is the unconfirmed suspect) and this distillate hails from there rather than Skeldon — but certainly the “SWR” barrels ended up at Diamond, where Luca  saw them gathering dust in the warehouse and convinced Yesu Persaud (the chairman of DDL at the time) to part with them.  The 4-barrel 544-bottle outturn of the 1973 Edition was issued as was, but when the prototypes of the 1978 came to Genoa for final tasting, Luca noted something different in them, and later he challenged Mr. Persaud on what they were – and it was admitted that the three barrels of 1978 were deemed insufficient (whatever that means) and they mixed in some leftover 1973. Luca was so pissed off that he sat on both editions for almost a year before finally issuing them to the market in early 2006, and what we are getting is a 688-bottle blend, the precise proportions of which are unknown — I was told the 1973 component was quite minimal.

Fortunately, whatever the mix, the rum was (spoiler alert) almost as stunning as the 1973, which is the only other rum to which it can perhaps be compared.  In the large balloon glasses we were given it smelled dark and pungently rich, and Lordie, there was so much of it. Chocolate, coffee, deep anise and molasses, raisins, some floral notes, fleshy fruits, honey, crushed walnuts, nougat, cream cheese, unsweetened yoghurt and light olives. Tired yet?  Too bad, there’s more – bread, cloves and vanilla, and then, after about half an hour, the thing turned chewy: boiled beef bouillon, lentil soup, maggi cubes, marmite and more molasses and burnt sugar, all held together with some delicate herbs, very much in the background. Gregers and I looked at each other and almost in unison we laughed and said “We gotta get us some glasses like these.” 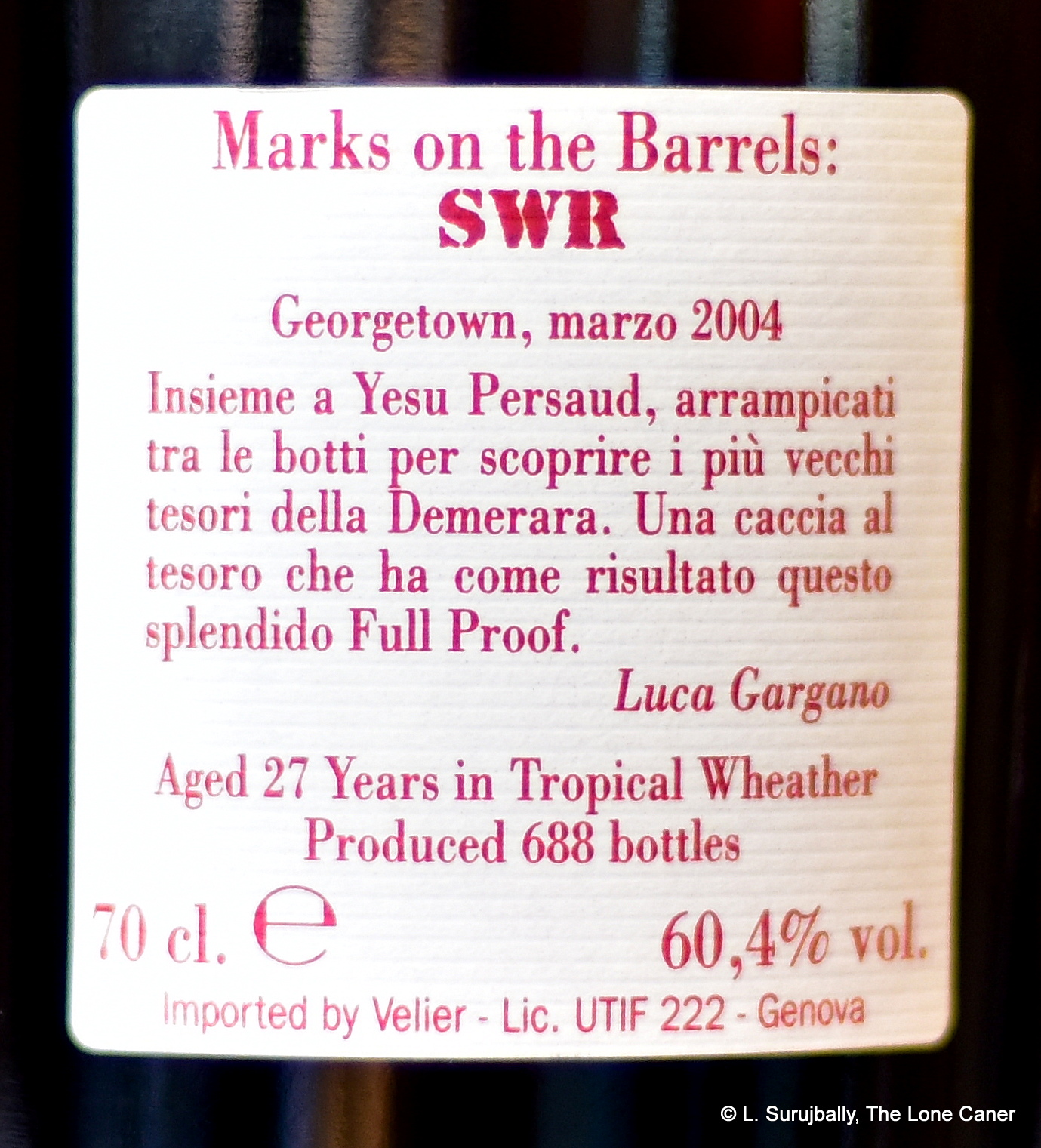 Although things at the Tasting were going faster than I was able to write (and listen), this was not a rum I wanted to be hurried with after waiting so long, and certainly it’s one with which to take one’s time. It unfolded gradually on the tongue, almost languorously and even at 60.4%, it was amazing how entirely under control it remained the entire time. Most of the tastes in the nose carried over, primarily anise, coffee and bitter chocolate, oranges, strong black tea, cumin, and that lentil soup / beef broth meatiness I remarked on earlier.  But there were also more muted, subtler hints of papaya and fleshy fruits, aromatic tobacco, flambeed bananas and salty caramel. A rather dry note of over-roasted nuts came into play at the back end, a slight indeterminate bitterness (something like a manager who can never compliment your work without a closing criticism), but fortunately the muskier fruit and creamy notes ameliorated it for the most part. And while the finish was more a last bow on the stage than a true epilogue that added a few extra fillips of flavour, it was in no way disappointing, leaving me with a memory of coffee, nougat, salt caramel ice cream, fruits, raisins, licorice and light chocolate oranges.