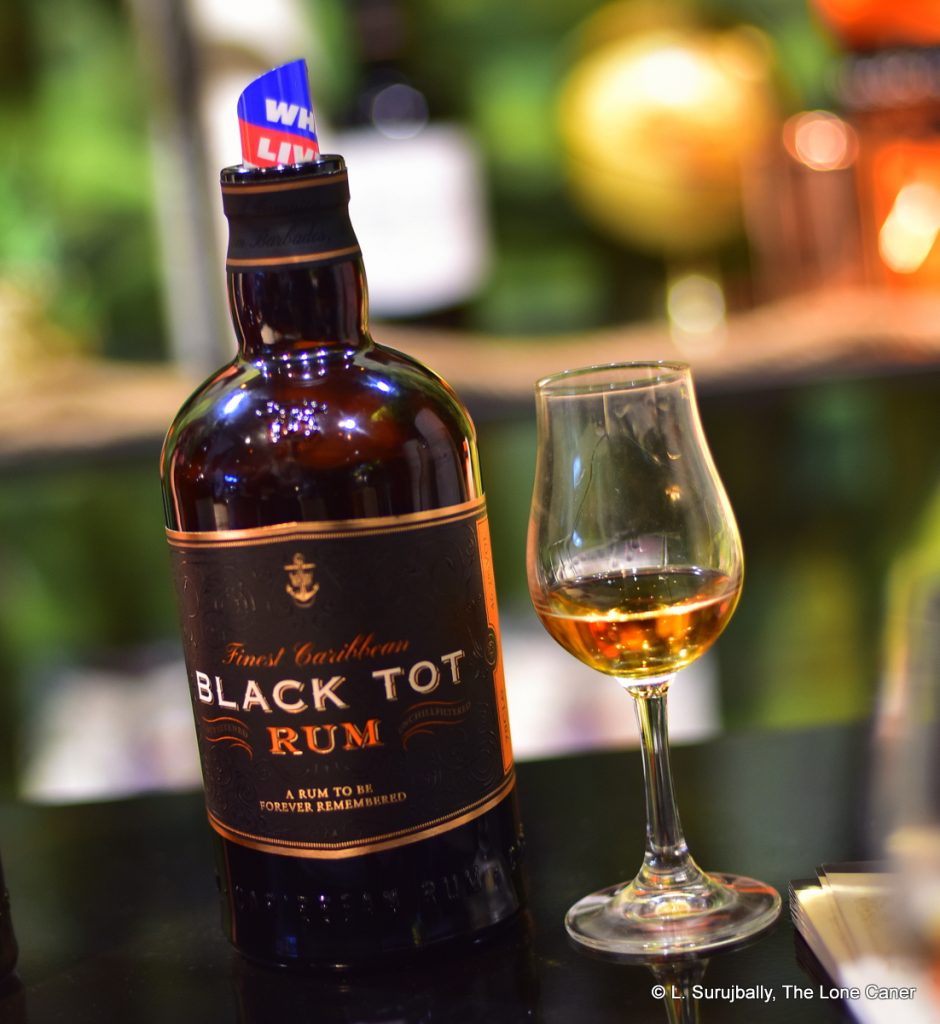 Elixir initially released some of the stores they had as the Black Tot “Last Consignment” in 2014 — it remains available, though expensive at a thousand bucks or more per bottle. It sold slowly, but the response – limited as it was – did suggest that a market existed for such blends if one could bootstrap the name as a brand. And so, since 2019, after two years of experimentation and fiddling around with blend recipes, a number of Black Tot bottlings began to appear for those of more limited means, whose scrawny purses don’t have a grand to blow on a bottle which, let’s face it, was always more about heritage and rarity than taste. That’s not to say all the new editions were particularly cheap: the the annual Master Blender’s Reserve series, the Heart of the Tot 40 YO (with only Port Mourant 1975 juice) and the 50th Anniversary, all of them ran into three figures or more.

The Black Tot Finest Caribbean Blend, by contrast, is the consumer version of the brand. Costing around £60 it is a blend of rums aged a maximum of five years (it is unknown how much the final blend was aged, if at all) in the following proportions: unaged and aged Guyanese rums from pot and column stills (60%), 5 YO Barbados rums from ot and column stills (35%), and a pinch of 3 YO Jamaican rum for kick (5%). The distilleries are not disclosed: reading around suggests Foursquare for Barbados and Longpond for Jamaica (that’s sure to be interesting). Stating “Diamond” for Guyana is pointless, because for that country it’s not the distillery we need to know – there’s only the one – but the actual stills involved since they are all so distinctive. That aside, the rum is bottled at 46.2% ABV, so it’s not going to hurt anyone and can find wide acceptance exactly as it is. 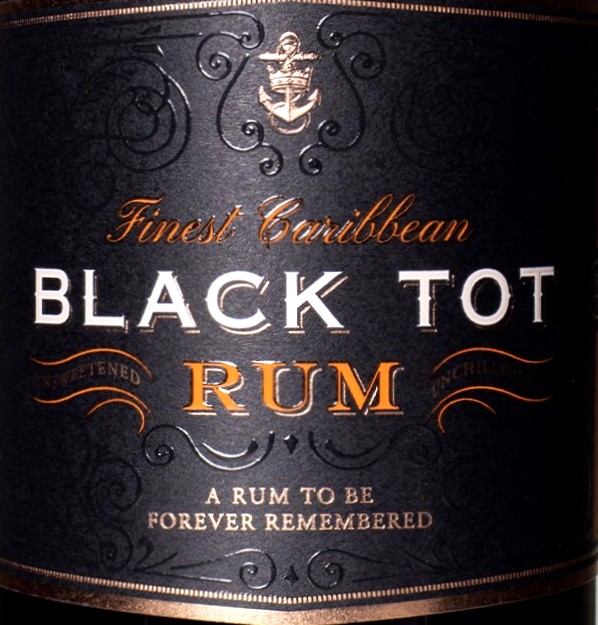 The nose opens with a distinct Jamaican funk bomb, and I am instantly reminded of a low-rent TECC or TECA, less intense, but possessing similar notes of rotten bananas, whitening orange peel, and all the delightful aromas of a midden heap in hot weather. It’s a basic funk bomb, to which are added smoke, leather, salted caramel, bitter coffee grounds, and oranges. That’s the Jamaican side of things: as it develops there’s a heavier note becoming evident, licorice, molasses, brown sugar and spices like cloves and sage and cinnamon. And so that’s the Guyanese. The Barbados portion hides somewhere in between all that, providing structure and a backbone, but to say I could pick out the notes that were its own would be pretentious. Let’s just say there was an element of “not Guyana or Jamaica” in there, and that’s the Bajan influence.

Palate wise, it’s completely solid, and here the Guyana part “tek front.” What was smelled, was tasted: bitter chocolate, coffee grounds, salted caramel, unsweetened black bush tea, toffee, some rubber and glue (I guess that was the unaged part of the blend) and vanilla. In a curious inversion of the nose, the Longpond then stood up to be counted with pineapple, chocolate oranges, bubble gum and some unsweetened chocolate and the remainder of what could be tasted – cherries, kiwi fruits, coriander, dill, flambeed bananas and pears – hearkened to Barbados, with a touch of flowers and delicate sweetness finishing things off.

At Paris’s WhiskyLive, when Mitch Wilson (their brand ambassador) threatened grievous bodily harm and the extinguishing of my entire house if I did not immediately try the thing, I was hesitant – because as is well known, one does not simply walk into the Black Tot. The expectations are enormous. And yet, having tried it (twice – he doesn’t know I filched an extra sample in my fourth glass), I really liked this rum. It is lighter than the Last Consignment, cheaper than half a hundred indie bottlings I see that are long on promises, high in price and don’t come through and deliver. It’s crisp, remarkably punchy and dynamic, with the flavours kaleidoscoping around and constantly changing, sometimes one note dominating, at times another. It invites long leisurely examination and doesn’t disappoint.