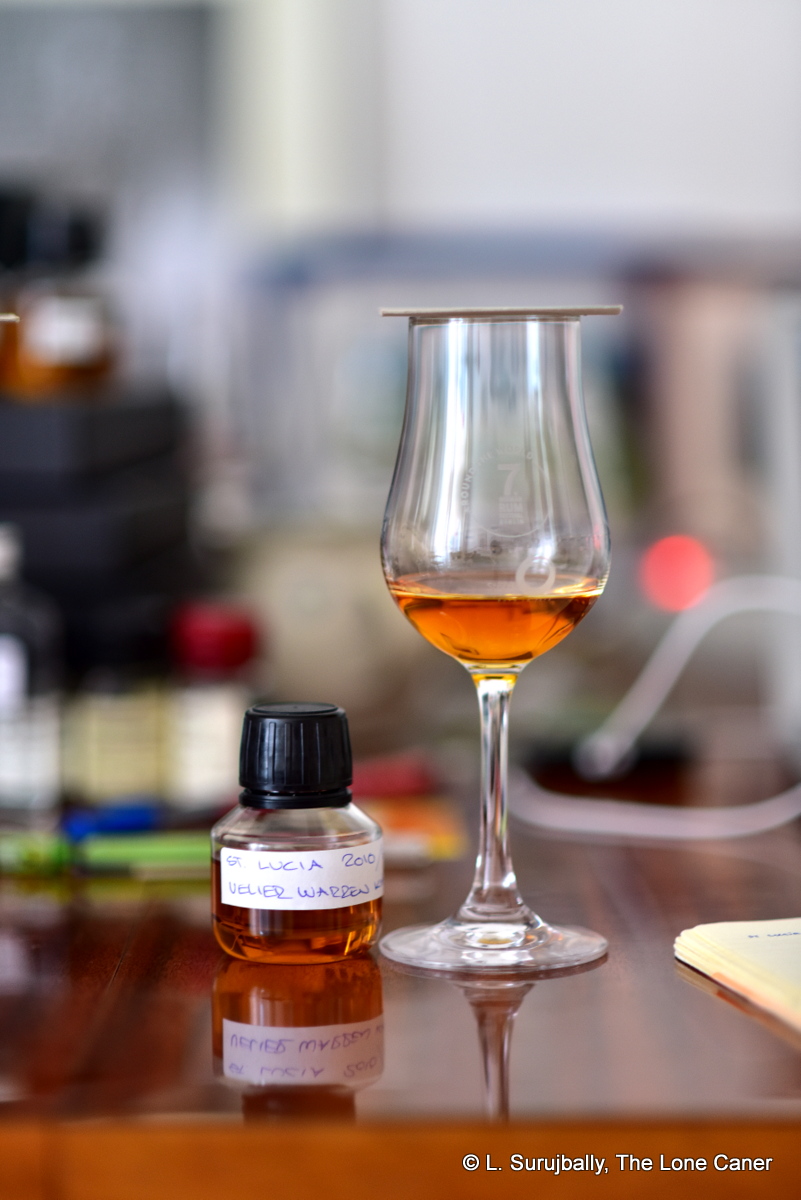 It’s the Red Queen’s race, I sometimes think: top dogs in the indie scene have to keep on inventing and innovating to maintain their lead, release ever-older or fancier bottlings, enthuse the fans, show how cool they are, all to remain in the same place — and none, perhaps, know this as well as Velier, whose various “series” go back a decade or more and keep the bar set really high. The legendary Demeraras, Caronis and Habitations, the Indian Ocean series, Endemic Birds, Foursquare Collaborations, 70th Anniversary, Appleton Hearts, True Explorer, Rhum Rhum, NRJ…the list just keeps growing.

But the unspoken concomitant to these various collections is that new editions spring from Luca’s fertile imagination and keep getting issued, so often and so quickly that though they elevate Velier to the status of front runner, they drop out of sight almost as quickly if no champions arise to promote them regularly. Sure, one or two here or there attain mythical status (the Skeldons, some of the Caronis, the original NRJ TECA, the Damoiseau 1980, the Foursquare 2006 and the HV PM White are some such) but in the main, series as a whole tend to vanish from popular consciousness rather quickly. Consider: can you name the component bottles of the Endemic Birds series, or even how many there are?

Back in 2017, the Genoese firm of Velier celebrated its 70th anniversary (of its founding in 1947, not Luca Gargano’s ownership), and to mark the occasion they released (what else?) a 70th Anniversary series of bottles from all over the map. Within that select set was a further sub-group, one of six rums whose label and box design ethos was created by Warren Khong, an artist from Singapore of whom Luca was quite fond1. These were rums from Hampden (Jamaica), Mount Gilboa (Barbados), Nine Leaves (Japan), Chamarel (Mauritius), Bielle (Marie Galante) and St. Lucia Distillers, and it’s this last one we’ll be looking at today.

The St. Lucia Distillers edition came from the 6000-liter John Dore pot still No. 2 and in a nice gesture, Velier sent Ian Burrell around to Castries to select a barrel to be a part of the collection. It was distilled in 2010, aged seven years (tropical, of course), and 267 bottles were issued at a nicely robust 58.6%.

So, nosing it. Sweet acetones and rubber in an extraordinary balance; initially almost Jamaican, minus the fruit…but only till it changes gears and moves into second. Sweet, light and forcefully crisp with very precise, definite nasal components. Orange zest, green grapes apples and cider. Vanilla ice cream. Varnish, smoke, thyme, mint, pineapple, tic-tacs. There’s a lot foaming on the beach with this rum and it’s definitely worth taking one’s time with. 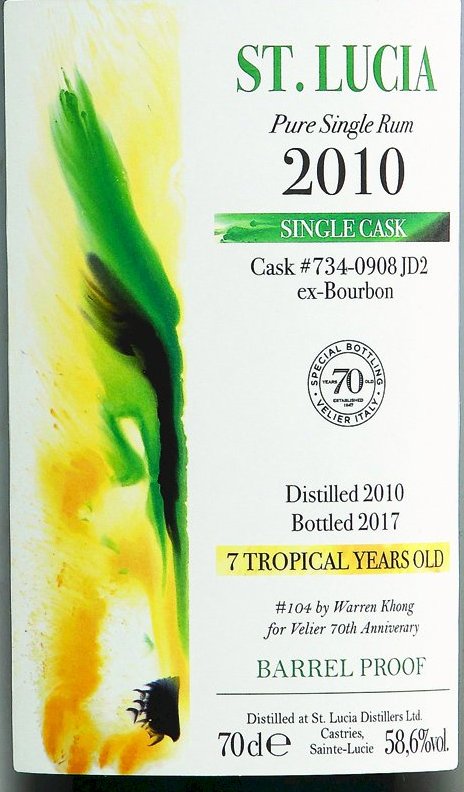 The palate is trickier: somewhat unbalanced, it’s hot and a bit addled and doesn’t roll out the welcome mat, but nobody can deny it’s very distinct. Initially a shade bitter, and even sour; acidic, cider-like, bubbly, light, crisp, sharp, distinct. Lots of easy esters here, perhaps an overabundance, because then they get bitchy, which is something that happens when not enough care is taken to balance them off with barrel influence and the inherent character of the rum itself. Becomes nice and sweet-salt as it opens up, which is pleasant, but the finish, relatively the weakest part of the entry (though still very good) is all about esters, fruitiness and some briny notes. Lots of ‘em.

Back in 2017 Marius over at Single Cask Rum reviewed the rum giving it love to the tune of 93 points; and six months later, two of the coolest deep-diving Danish rumdorks of my acquaintance — Gregers and Nicolai — went through the series in its entirety and were really quite enthusiastic about the St. Lucia, both scoring it 91. Some months later I nabbed a sample from Nicolai (same bottle, I’m guessing) and this review results from it. It’s an interesting rum to try, for sure: had I tried it blind I would have sworn it was either a Jamaican DOK-wannabe or a grand arome from Savanna, with some intriguing aspects of its own. That said, the rum seems to be too reliant on the sharp sour fruitiness of the esters which the pot still had allowed through to establish some street cred, leaving other aspects that would have made it shine more, left out, taking a back seat or just subsumed.

While by no means a merely average rum – it is, in point of fact, very good indeed, I want more like it and so far it’s the best scoring St. Lucia rum I’ve ever tried – I’m not convinced that it exceeds the (or my) magic 90 point threshold beyond which we enter halo territory. Nowadays it has sunk into partial obscurity and the dust-covered collections of those who bought theirs early, and while prices have been creeping up over the last years, they are thankfully not four figures yet. It’s too bad that more reviewers haven’t tried and written about it so we could see how other scores rank up, but then, it’s really all a matter of degree: all of us who’ve tried it agree that it’s one really fine rum, no matter how many or how few points we award. And it demonstrates once again – as if it needed to be proved – that Velier maintains a comfortable lead in the race they’re running.