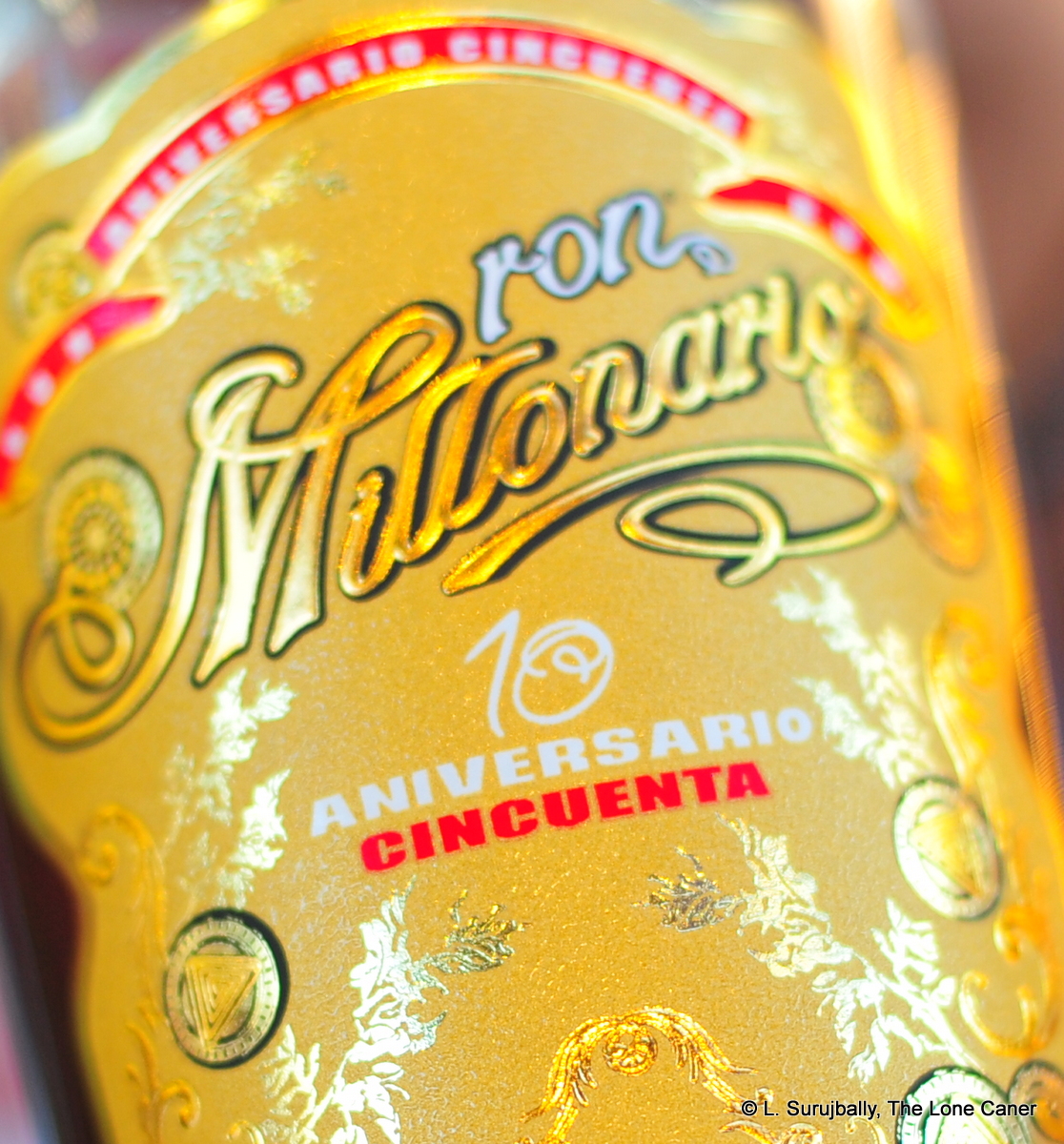 By the time this review is read, digested and (incredulously) sniffed over and dismissed, somebody out there might well be sharpening pen, tablet or iphone and getting ready to verbally off me online. And no surprise – were I to repeat the hosannas of my original 2012 review of the Millonario XO, which scored what would now be considered a near-unbelievable, is-the-Caner-out-of-his-friggin’-mind? 88 points, I would never be taken seriously again. The rum has become a lightning rod for rum purists, on par with the Diplo Res Ex, Dictador, Zacapa 23 or the Zaya 21, all of which are from South America, feature big numbers and small type and fine print, are almost all soleras (named so or not) and worst of all, are all tarted up with additives of one kind or another to a degree that is off putting in the Age of Foursquare, New Jamaicans and the big Indies.

Such matters in any adulterated rum would itself wouldn’t be all that problematic if (a) these things were spelled out clearly and (b) the labelling wasn’t so self-evidently deceptive and (c) the marketing wasn’t so heavy on the bullsh*t. Rum Nation, which until recently produced and distributed the Millonario (which is made from facilities in Peru), didn’t escape such opprobrium, but since the original XO came out more than ten years back, and since so much of what RN did since then was so well received, I’m guessing some slack was granted for lesser knowledge and expertise back in the day; and as time passed reviews dried up…and the Millonario brand, while it sold extremely well, fell into a sort of limbo.

But Fabio Rossi has sold off the Rum Nation name and portfolio to concentrate on this one line of rums, which he evidently prefers (he remains in a consultancy capacity for the RN brand) or which sells a whole lot better. This deserves some consideration since he does know his spirits and has been in the game of rum for over two decades, and undoubtedly picked up a thing or two. And so, when he handed me the 2018 release (which had been matured in 2nd fill sherry casks and was actually stated to have 20g/L of added sugar), although I initially backed off and mumbled something about this not being my cup of tea any longer, honour and curiosity demanded I give it a shot anyway…so later I snuck back and tried it.

Let’s be clear, this is not in any sense one of the headliners of the various FB fora where people boast about scoring one. The nose is, bluntly, rather blunt. It’s like sucking a fruity snickers bar. It has a solid, smooth and aromatic nose in which the sweet has – somewhat surprisingly – less omnipresence than I would have expected. With that also comes something of a darkish tone to the experience – chocolate, toffee, molasses, coffee, nougat, vanilla and some fleshy fruit – prunes and plums and blackberries I’d say, which lend a certain light citrus element that was unlooked-for and quite surprising. It’s demonstrably not a Demerara, though the resemblance is there…but a newcomer to rum might not see much difference between an ED 12 and this, were they both at the same strength.

What distinguished the taste of the rum then, and again now, through all the years, is its thick firmness which feels akin to having a solid weight brush across the tongue. The original 40% of the XO fails it nowadays (my opinion) but the intriguing thing about pushing the strength up to 50% which this has, is that it kind of works. The tastes on the palate, are, for one, much clearer: there are marshmallows, toblerone, almonds, nuts, coffee, bitter chocolate, caramel, anise, well balanced, melding pleasantly. To this are added berries, watermelon, vanilla and some breakfast spices and cumin if you focus, with a feather bed of a finish closing things off – apples, chocolate, bitter coffee grounds, and again, some fruits and vanilla.

I make no apologies for this, offer no excuses, no defense – it is what it is. It’s been sweetened, it feels sticky, it leaves a residue of aromatic sugar in your glass that any insect would happily swim and drown in, and that’s the rum’s cross to bear. Every person who reads this review and is thinking of buying or trying it, has to make their peace with that, to walk away, or give in and accept. What I maintain though, is that it’s not half bad for what it is (and as long as you come to it knowing that), which is why I score it at 79 and not below the median of 75, beneath which a rum is not at all to my taste. I wouldn’t have it in quantity and some wouldn’t have it at all; others would quaff it by the bottle, and still more would have it after dessert only, perhaps with a cigar. I don’t know all of you and what you would do. But you each know who you are. Hopefully this rambling review helps you make up your mind one way or another.