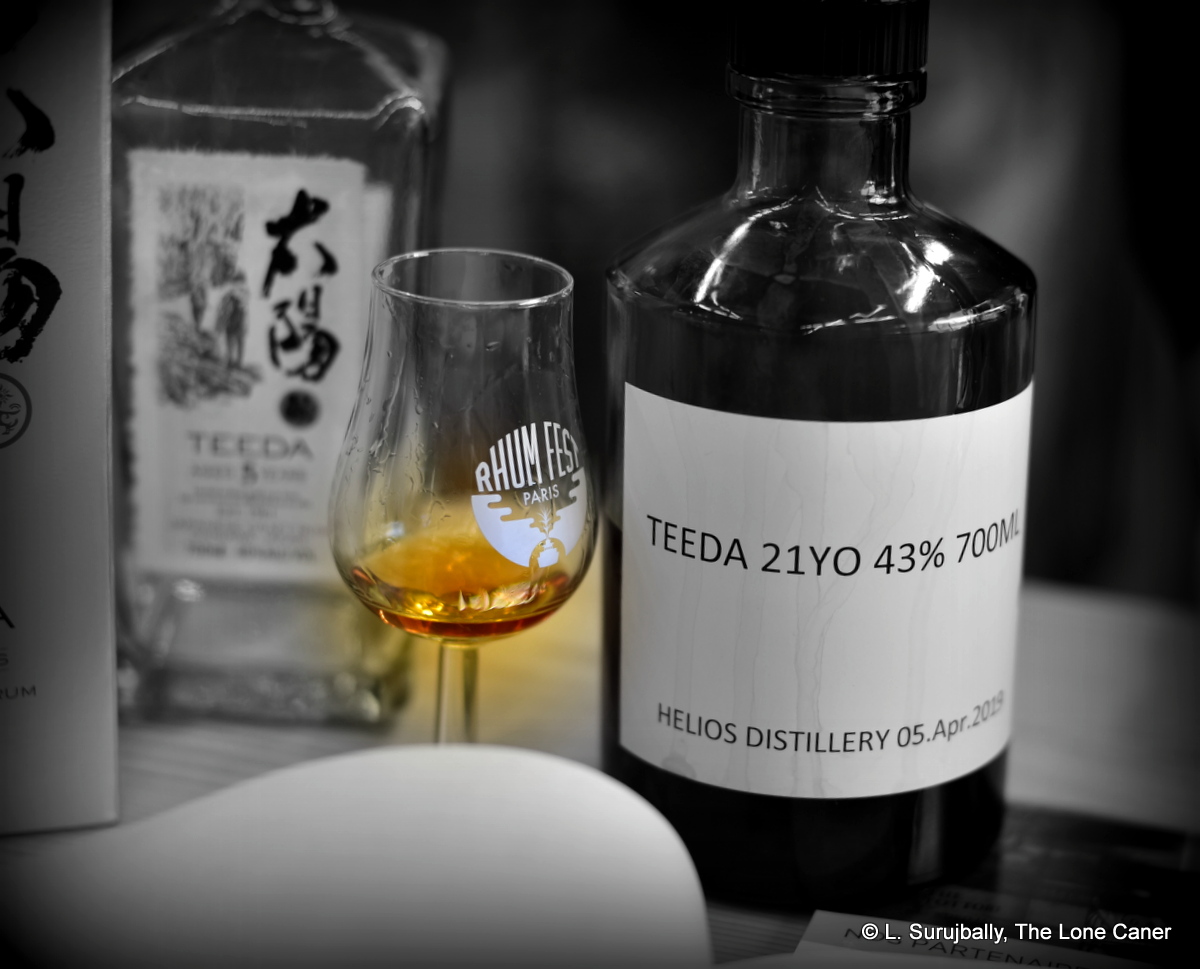 The Okinawan Helios Distillery came to greater attention (and reknown) of the western rum scene in 2019, when they presented a white rum and a 5 Year Old that were impressive right out of the gate. Perhaps we should not have been surprised, given that the company has been in the business since 1961 – it is supposedly the oldest such distillery in the country. Then, it was called Taiyou, and made cheap rum blends from sugar cane, both to sell to the occupying American forces, and to save rice for food and sake production. In the decades since, they’ve branched out, but always continued making the good stuff, and you can’t be in rum for nearly sixty years and not pick up a thing or two. To me, the only question is why they waited so long to move west make a splash.

Aside from beers and awamori, for which they are better known in Japan, rums make up a good portion of the portfolio, with the 5YO and white leading the charge – both, as noted, are pretty good. But in the back room skunkworks there was always the desire to go further, and age longer, as I was told in Paris in 2019 when a commercially-complete but as-yet-officially-unbottled sample was passed over the counter for me to try. Most distillers would go in easy increments up a graded “age-curve” – you know, 10 years old, maybe 12, or 15 or something like that. Not these boys. They went right up to 21 and planted their flag firmly there.

And they had reason to. The rum was a noser’s delight, soft and yet firm, with a remarkably well balanced amalgam of caramel, ripe (but not overripe) fruits, cola, fanta, citrus…and that was just in the first thirty seconds. I stared at in some wonder – I’d never seen or tried a Japanese rum this old, and had thought that perhaps the company’s experience in making aged whisky would make it more malt-like than rum-like – but no, this thing was uniformly all round excellent. As if to prove the point, when I left it standing and came back to it there were also notes of bitter chocolate, Danish butter cookies, sweet aromatic tobacco, leather, and smoke. And behind all that, like a never-materializing thundercloud, there was a vaguely rank and hogo-y meatiness, sensed rather than directly experienced, but rounding out the nasal profile nicely.

Clearly twenty one years of careful maturation in ex-bourbon barrels had had its effect, and had sanded off the rougher edges evident on the aromas of both the Teeda 5YO and the white. Did this continue when tasted? 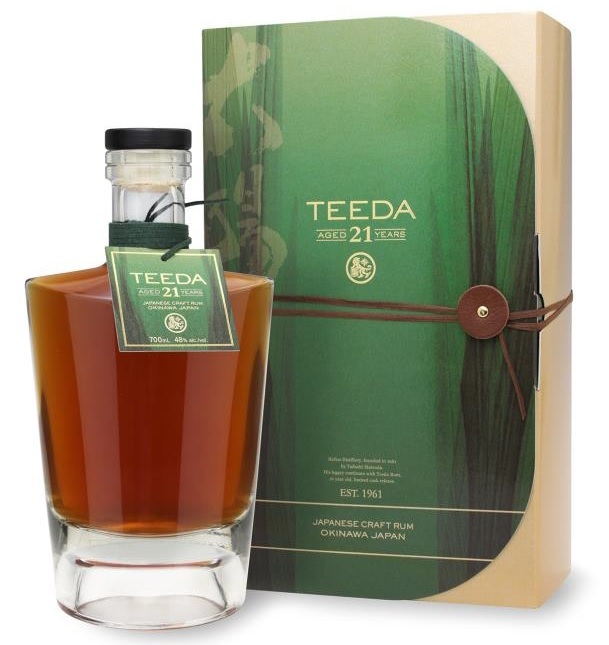 Yes indeed. Granted 43% was hardly cask strength (the 48% official version would likely be more emphatic), but the tastes were as smoothly crisp as anyone could hope for, with a creamy, salt-buttery lead-in that was almost silky. The wood influence was clear – vanilla, smoke, leather – yet not overbearing; the bitter tannins run which could have run amok in something this old were tamed well. Standard and well-defined notes of an aged Caribbean molasses-based rum paraded across the palate one after the other – stoned ripe fruits, caramel, toffee, strong black tea, port-infused tobacco – and bags of delicately handled spices like cinnamon and cumin jeteed around them. These were set off by cola, and light licorice and meaty hints, just enough to make themselves known, before the whole thing came to an end in a gentle finish of all these flavours coming on to the stage for one last bow in a sort of integrated unison that had me asking for seconds and thirds and vowing to get me a bottle when it finally became available.

That bottle has now been released. One of 2500, says Nomunication, and they mention a price tag of 28,000 yen, which is about ‎‎€240. I imagine it’ll be a bit more expensive by the time it gets over to America or Europe when taxes, tariffs and transport are tacked on — but I think it’s really worth it, especially since it’s stronger, and older than anything we’re likely to see from Japan that isn’t a whiskey. Tasting it, I was reminded of a well-made Damoiseau, or other rums from Guadeloupe – with it’s own quirks and originality, not adhering to a regimen or a strictly enforced code, but simply made with passion and without additives and with a whole lot of skill, in a country that keeps making ‘em better all the time.