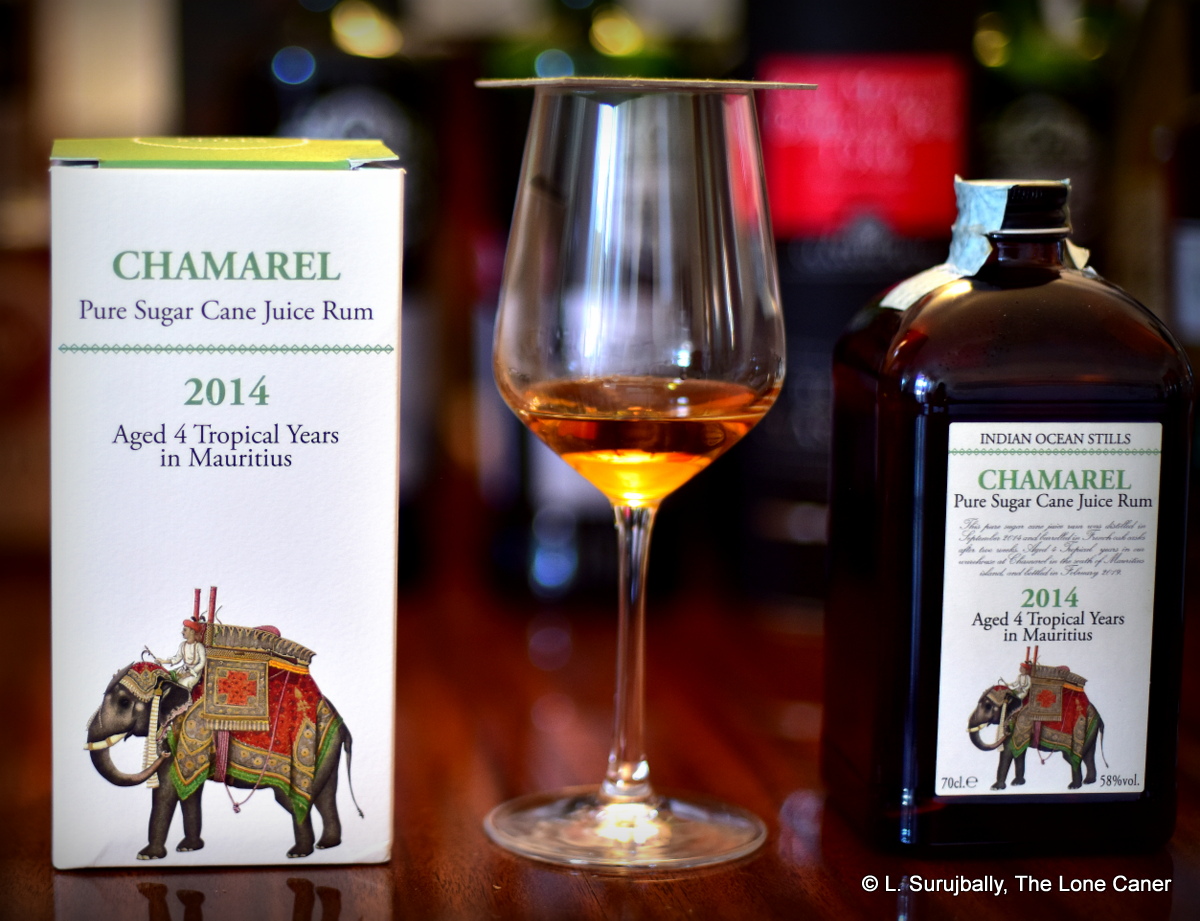 The actual title of this rhum is Chamarel Pure Sugar Cane Juice 2014 4 YO Rum, but Mauritius doesn’t have license to use the term “agricole” the way Martinique, Guadeloupe, Reunion and Madeira do. And while some new producers from the Far East and America seem to have no problem casually appropriating a name that is supposedly restricted to only those four locations, we know that Luca Gargano of Velier, whose brainchild these Indian rums are, would never countenance or promote such a subversion of convention. And so a “pure sugar cane juice” rum it is.

Now, Mauritius has been making rhums and rums for ages – companies like New Grove, St. Aubin, Lazy Dodo are new and old stalwarts of the island, and third parties take juice from International Distillers Mauritius (IDM) to make Penny Blue, Green Island or Cascavel brands, mostly for sale in the UK and Europe. But there’s another distillery there which has only recently been established and come to more prominence, and that’s Chamarel, which was established in 2008 (see historical and production notes below). I hesitate to say that Velier’s including them in their 70th Anniversary collection kickstarted their rise to greater visibility – but it sure didn’t hurt either. 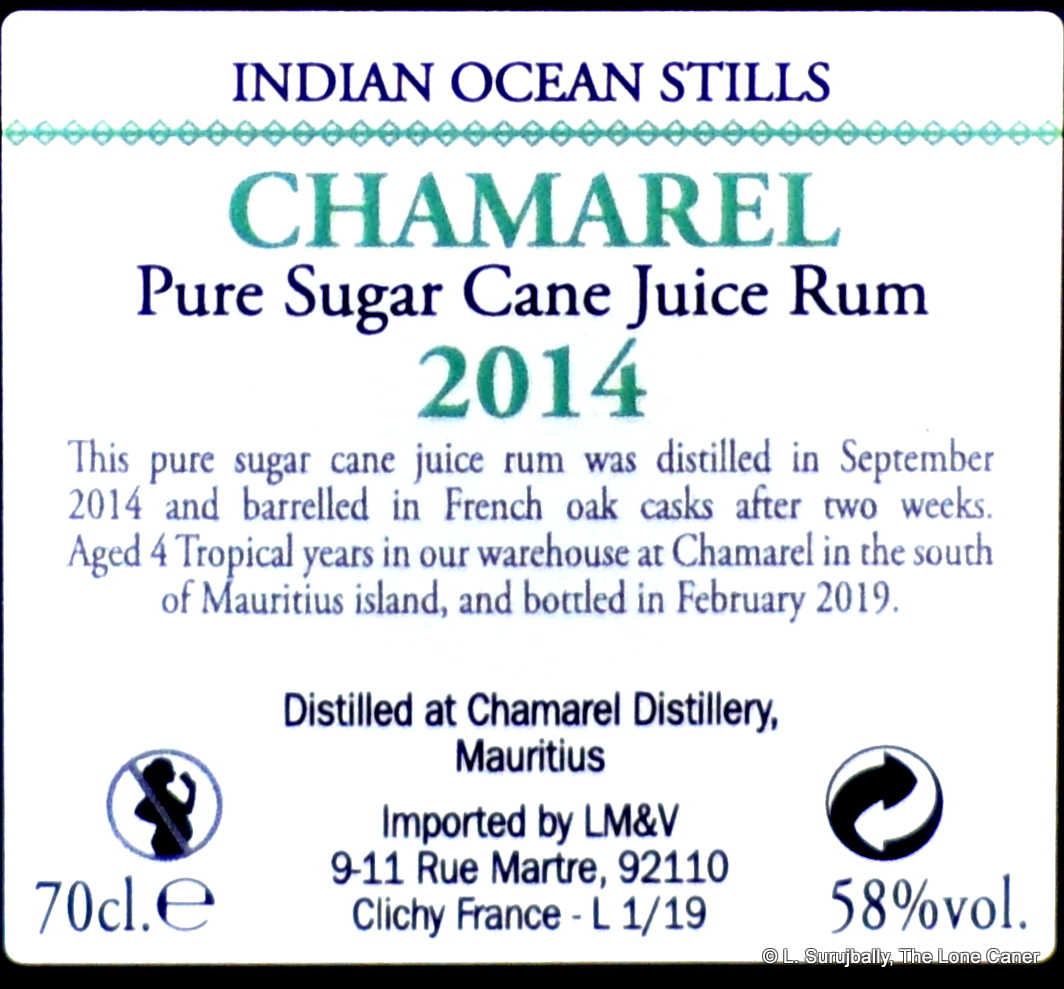 Brief stats: a 4 year old rum distilled in September 2014, aged in situ in French oak casks and bottled in February 2019 at a strength of 58% ABV. Love the labelling and it’s sure to be a fascinating experience not just because of the selection by Velier, or its location (we have tried few rums from there though those we tried we mostly liked), or that strength, but because it’s always interesting to see how such a relatively brief tropical ageing regimen can affect the resultant rum when it hits our glasses.

In short, not enough. It sure smelled nice – peaches in cream to start, sweetly crisp and quite flavourful, with lots of ripe fruit and no off notes to speak of; waves of cherries, mangoes, apples, bubble gum, gummi-bears bathed in a soft solution of sugar water, cola and 7-up. It’s a bit less rounded and even than Velier’s Savanna rum from the Indian Ocean still series, but pleasant enough in its own way.

It’s on the palate that its youth – with all the teenage Groot this implies – becomes more apparent. There’s peanut butter on rye bread; brine and sweet olives, figs, dates, leavened with a little vanilla and caramel, but with the fruits that had been evidenced on the nose dialled severely back. It’s dry, with slightly sour and bitter notes that come forward and clash with the sweet muskiness of the ripe fruits.. This gets to the point where the whole taste experience is somewhat derailed, and while staying relatively warm and firm, never quite coheres into a clear set of discernible tastes that one can sit back and relax with – you keep waiting for some quick box on the ears or something. Even the finish, which was dry and long, with some saltiness and ripe fruits, feels like a work in progress and not quite tamed, for all its firm character.