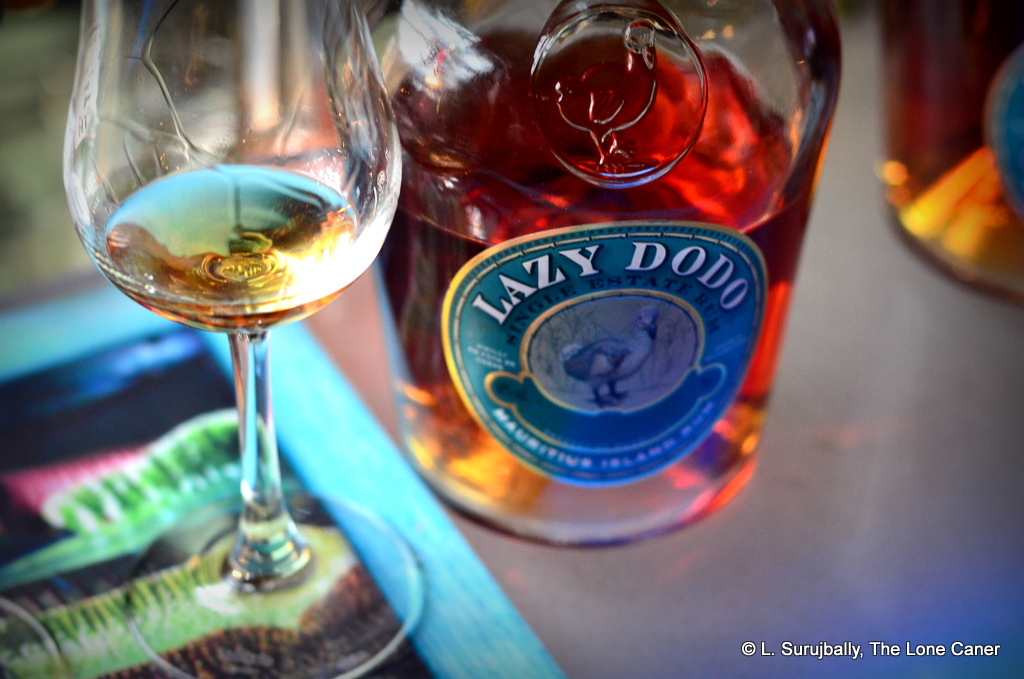 Laid-back, but not lazy

The dodo, as most of us are well aware, is the subject of such well known epigrams as being dead as one; it remains a fixture of popular culture and language, often seen as a symbol of obsolescence, stupidity and (naturally) extinction. It is therefore something of an odd emblem for a rum company to use as its name and symbol, unless it’s considered so firmly associated with Mauritius that bird and island are seen as synonymous (which I don’t believe for a moment). So aside from the officially stated purpose of the logo raising awareness of endangered species, perhaps what we see here is also a sense of humour at work, especially since modern scientists suggest that the dodo was actually quite well adapted to its ecosystem, and it was invasive species and humans that ended up wiping it out – the bird was nowhere near as dumb as we are given to think.

Anyway, as a marketing strategy, that name works like a charm, since, as soon as I saw it in Berlin in 2016, I beelined straight over to try it, because come on, with a title like that, how could I possibly resist? It’s like telling any Guyanese male that there really is a vodka brand called IPR – all of us would instantly buy a case. 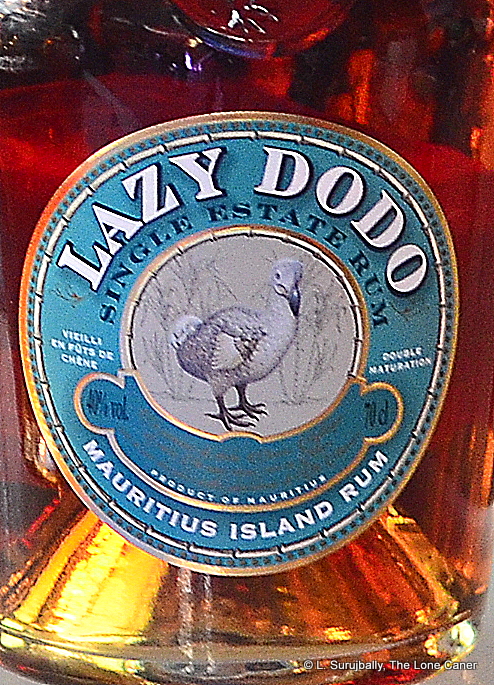 Lazy Dodo Single Estate Rum (to give it the full name on the label) is made by the Grays of New Grove Rum fame (run by the Harel family that I wrote about in the New Grove 8 Year Old review) and the Milhade family who are wine makers out of Bordeaux.  What background literature exists suggests that the collaboration is more in the way of knowledge sharing than strict apportioning of labour, since the cane and harvesting and processing and ageing all take place on the Pampelmousses estate in Mauritius, though perhaps the sales network in France owes something to the efforts of the Millhades who have a stronger prescence in Europe. The amber-coloured 40% ABV molasses-based, column-still product is a blend of rums aged 5, 8, and 12 years and aged in both new and used American and French oak barrels (hence the moniker “double maturation” on the label).  Oh, and no additives, so I was informed. It had its coming out parties 2016 in the rum festival circuit and seemed to be quite popular, if one were to judge from the “Sold Out” sign posted up on the second day of the Berlin RumFest.

That didn’t necessarily mean it was a top tier rum, just one that was popular and very easy to drink. Nose-wise it actually presented as rather sweet and had notes of green grapes and pineapple and ripe mangoes, which I thought may have been a little over the top – there was very little of a “standard” profile here, though what was available to smell was in no way unpleasant, just rather mild, even understated.

Similar thoughts passed through my mind on the tasting.  At 40% it was a defanged sort of rum, medium bodied, and the sweetness was retained, with that and the blending rounding off any rough edges it may have started life with.  There were the same grape-like tastes, less pineapple here, and as it opened up (and with some water) vaguely crisper flavours emerged – citrus, red grapefruit, cider, apples, followed by some vanilla, creme brulee and soft toffee notes. It closed off short and warm, with little of the tartness carrying over into the finish, just caramel, some light citrus and nuts, and a touch of vanilla. 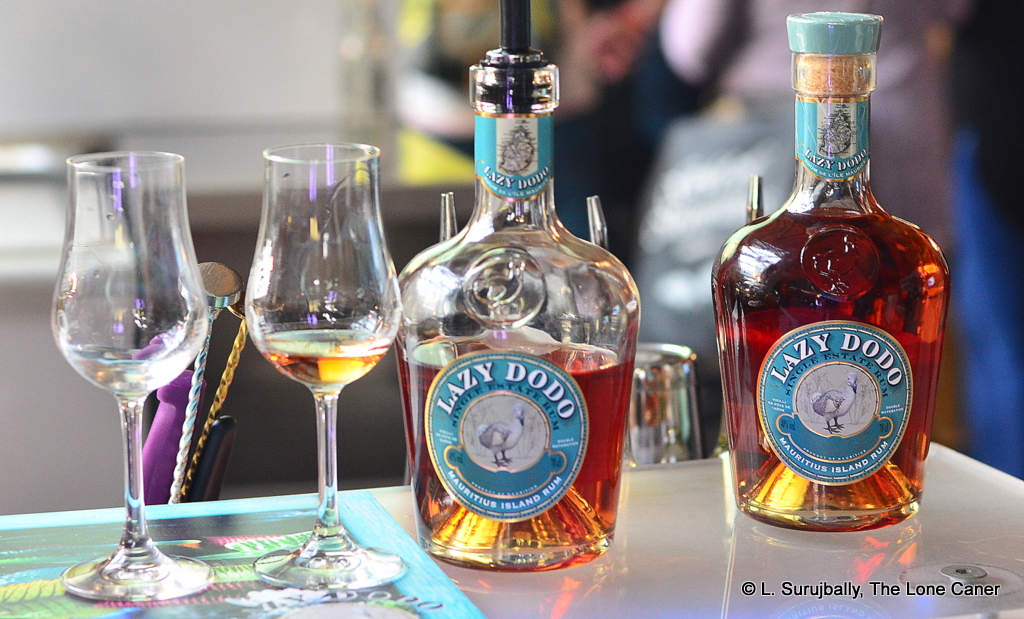 While I can’t rave about it, at the end of the day it’s a relaxed, laid back, unaggressive (dare I say “lazy”?) sort of sundowner, nothing earthshaking – at best it made my glass wobble a bit. Aside from enjoying its placid nature I’m merely left curious as to which market it was made for.  The Europeans with their penchant for more forceful drinks and robust profiles trending towards the agricole market? Tourists? Denmark, home of the cask-strength-loving vikings? The North Americans who mostly consider standard proof to be the rumiverse? Connoisseurs, barflys, cocktail makers?  Hard to say.  I consider it a pretty good day-to-day sort of rum, well made and reasonably complex, if lacking anything that specifically screams “Mauritius” about it.  But whatever the case, it probably won’t go the way of its namesake any time soon…it’s too decent a rum for that, and will likely be the bees’ knees for those who succumb to its light and languorous charms.