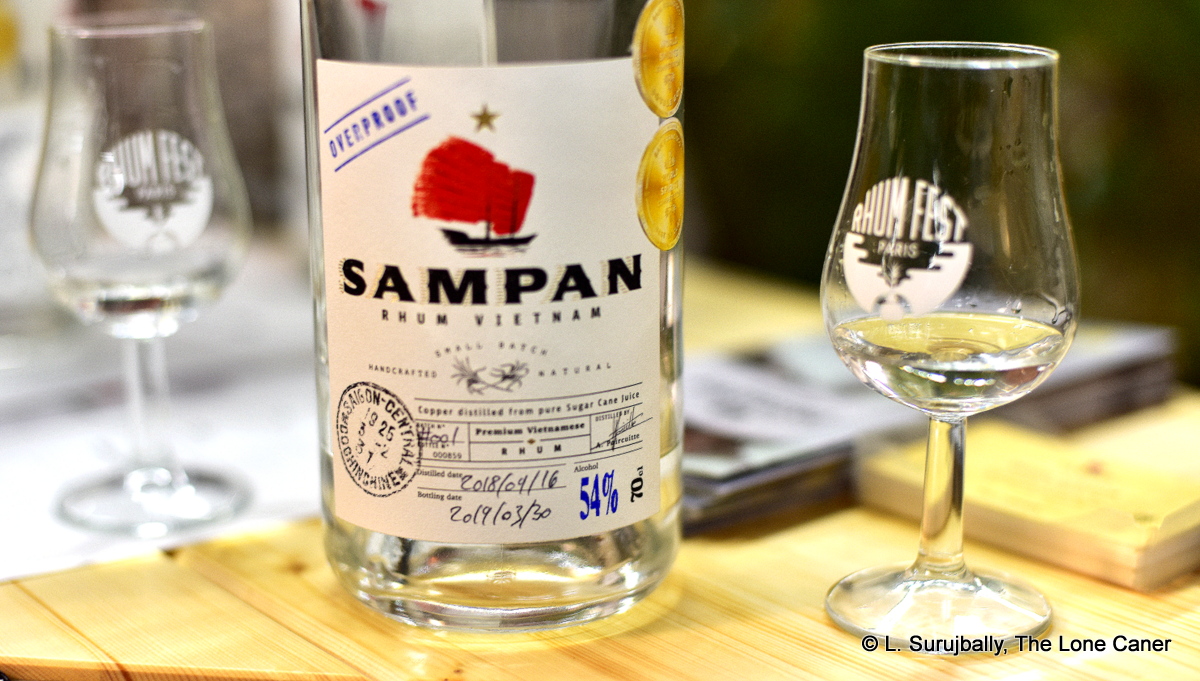 Mr. Poircuitte, who came to rum via wine and not whisky (something like Florent of the Compagnie) put a bit more professionalism into his company, and production cycle is not too different from the Caribbean islands, all in all. The cane is all organic, pesticide free, grown in the area around Hội An, in the Qu lang Nam province, harvested by hand and then transported within 24 hours to the distillery, which is 40km away from the fields, for crushing. The resultant juice is fermented for 3 to 4 days, resulting in an initial wash of about 11% ABV, which is then run through their 11-plate single-column copper still that torques things up to around 70% ABV. Three varieties of this rhum are produced, at various strengths: 45% standard, 54% overproof and the 65% full proof. 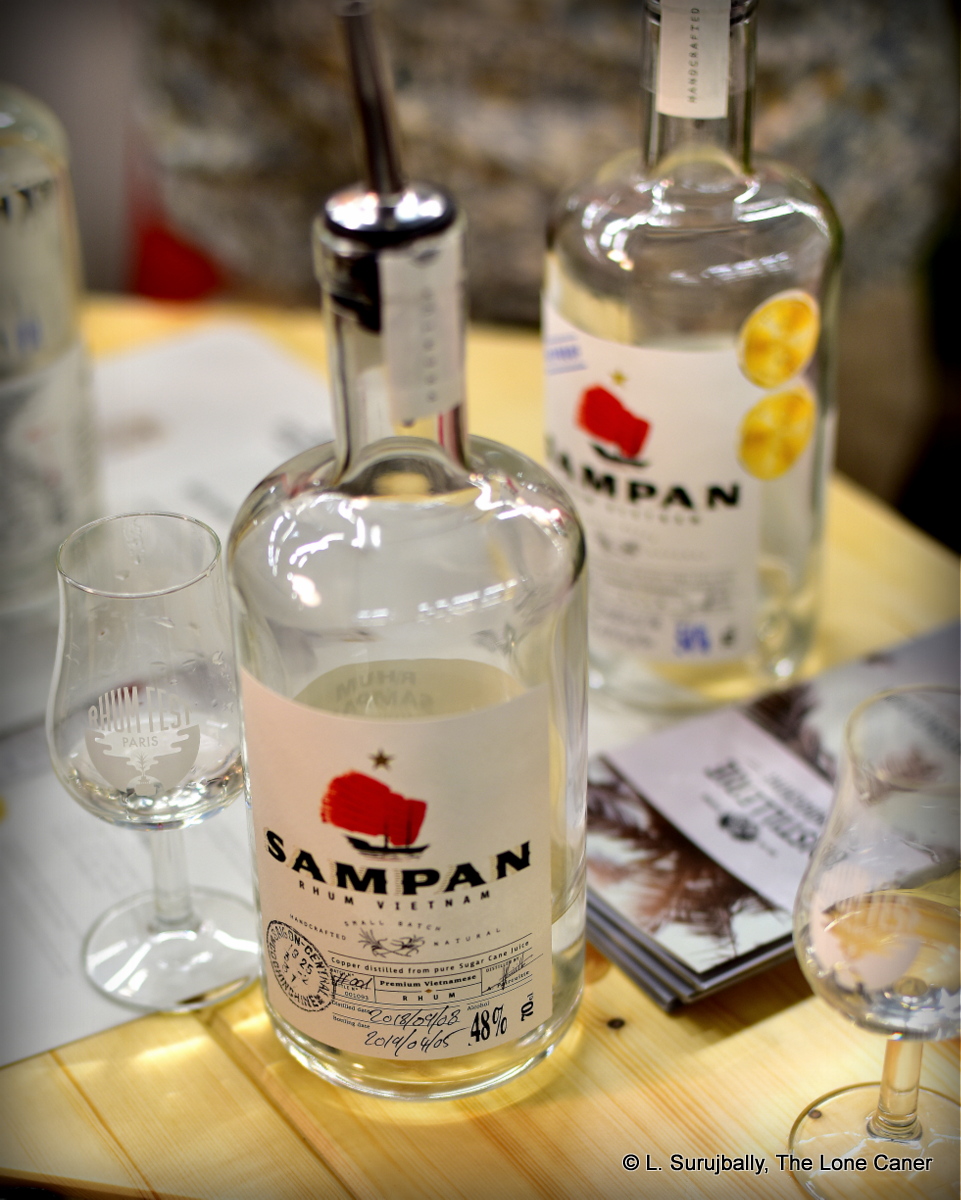 Consider first the nose of this blanc, which is stuffed into the bottle at a beefy 54% ABV. It’s musty, redolent of freshly turned sod and grass. I could say it smells dirty and not mean it in a bad way, and that is not all: it also smells briny, olive-y, balanced off with clear, fresh, 7-Up and lemon juice and sugar cane sap, plus a smorgasbord of light fruits like pears, ripe apples, and white guavas, a little vanilla and cookies. The strength doesn’t hurt it at all, it’s strong and firm without every being too sharp to enjoy as it is.

Thankfully, it doesn’t sink on the taste, but follows smoothly on from what had been discerned on the nose. Here, we didn’t just have a few olives, but what seemed like a whole grove of them. Again it tasted dirty, loamy, and also pungent, with initially clear notes of sweet sugar cane juice and sweet yellow corn, to which are added some lemon sherbet, vanilla and aromatic light fruits (pears, watermelon, strawberries) plus herbs – dill and basil. Soft and lightly sweet, and there’s a background hint of anise as well, or licorice, really nice. Throughout the tasting it stays firm and assertive on the tongue, with a near silky mouthfeel leading to an exit that is pleasantly long lasting and with closing notes of fruits, vanilla, coconut water, and breakfast spices.

Many of the older Asian rhums which have sold gangbusters in their countries of origin for decades, catered to indigenous tastes, and cared little for western styles of rum. They were (and are) sometimes made in different ways, using different materials in the process, are sometimes spiced up and almost always light column-still blends issued at standard strength. We are seeing a gradual change here, as a wave of small distilleries are setting up shop in Asia and producing small quantities of some really interesting juice. This one from Vietnam is now on my radar, and I look forward to seeing not only what they come up with in the future, but what that Overproof 65% of theirs tastes like — and if it blows my hair back and my socks off, well, then I’ll consider it money well spent…as I did with this one.