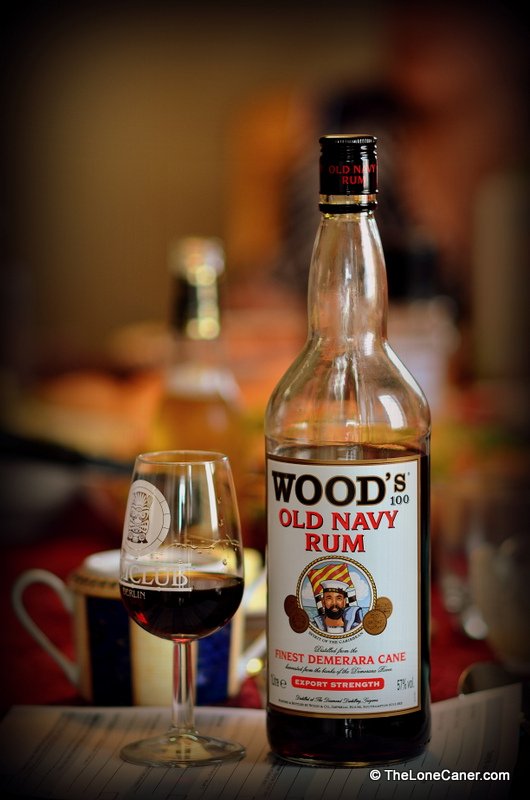 There’s nothing much I can tell you about Wood’s Rum Distillery itself because (a) it’s not a distillery and (b) there’s not much online about it, even on their own website (and my books barely speak to the big names so what hope is there for the small ones?), but the brand did exist for over a century before being acquired by William Grant in 2002 – these are the boys who also own Sailor Jerry and the OVD rum brands and supposedly dabble in minor whiskies like Glenfiddich and Balvenie (or so rumour has it). They are, however, blenders…descendants of the merchant bottlers of the old days. I wish, on the strength of what I tasted here, that I knew more about the company’s origins and how it got into the Navy rum market. It’s perhaps kind of appropriate that I bought it at Heathrow, Britain’s largest modern equivalent to the old ports.

The first noticeable, unmistakable aromas that billowed forth as I cracked the cheap tinfoil cap, were huge, in-your-face biffs of molasses, licorice and coffee. They were deep and dark and rich and had it not been for the rather raw profile overall, I could be forgiven for thinking the rum was an old Demerara from Enmore, or even a Dictador 20 on steroids. Which is not too surprising, because Woods made a rum here which took the characteristic dark pot still distillates from DDL in Guyana (one source suggests some column distillate is used as well, about which I have my doubts, but okay), aged them in oak for up to three years and then bottled the result without gelding the poor thing to 40%…but remained at a chest-hair-curling 57%. Drink this neat and you’ll feel like a hobbit drinking with Treebeard. So good for them, methinks. The intensity remained, the darkness persisted, in any kind of cocktail the tastes stayed true, and frankly, Navy rums should be a tad more oomphed up than the norm, otherwise they wouldn’t (to my mind anyway) be Navy rums. 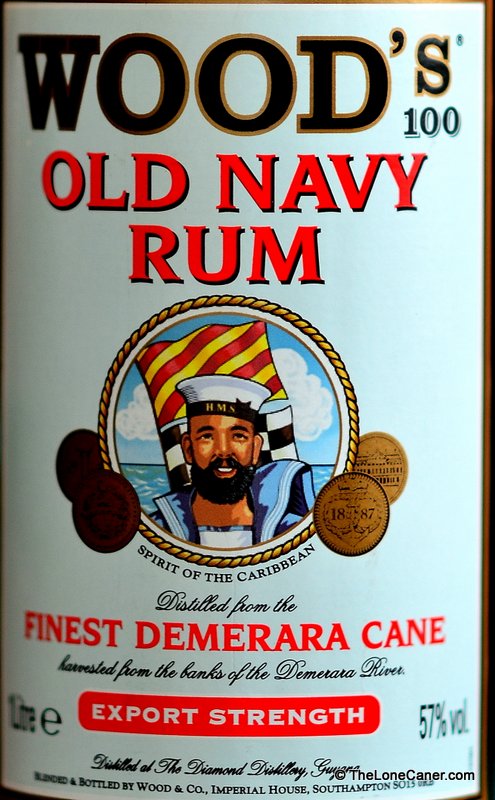 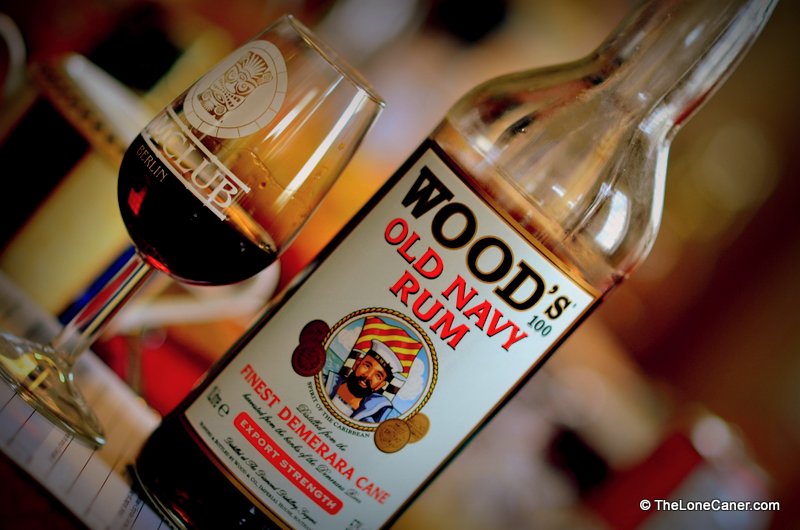