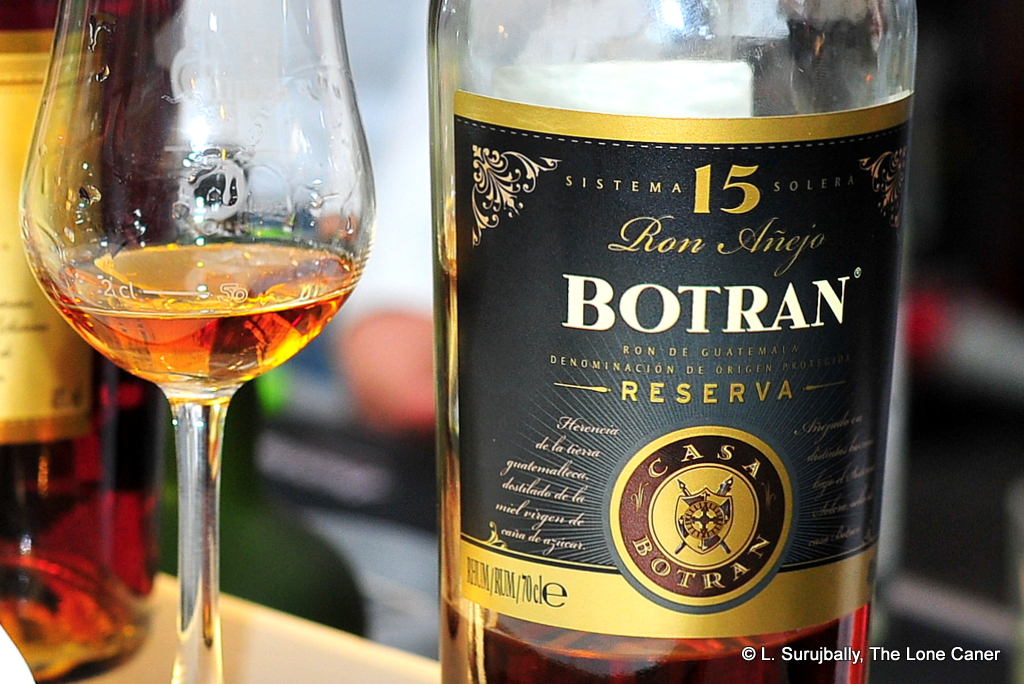 As soleras go, this one is pretty good, and is less sweet than many, which is to its advantage

Sooner or later, everyone who drinks the good stuff passes through the solera style of rums. Some brands have become behemoths, like the Zacapa 23 or Dictadors, and are adored and reviled in equal measure. The key points for both sides are the taste and the age statement. Given the increasing polarization of the rum world between those who “like what they like” versus those who feel only “real rums” should be marketed as such (and drunk), and who advocate for greater disclosure, it’s important to understand that’s the main source of the discord.

In short, any solera-stated rum is a blend, and any age-related number included on the label refers to the oldest part of that blend (not the youngest), with nothing to help a discerning buyer establish how much rum of that age is actually in there – people who want to know what’s in their hooch hate this kind of marketing, where a number is posited – 15!! — without further embellishment. However, it must be said that Botran, with roots in Spain and its sherry tradition (which uses such an ageing regime), has always made soleras, and they hew to all the taste profiles this system is known for: smooth, soft, warm, sweet. And in this case, according to the brand rep in 2015 who ran me through the lineup, while the rum is a true solera, fully 50% of the result is actually fifteen years old. Ummm. Okay. That doesn’t square with the mathematics, but a blend is a blend no matter what you call it, so I take it without comment and move on. 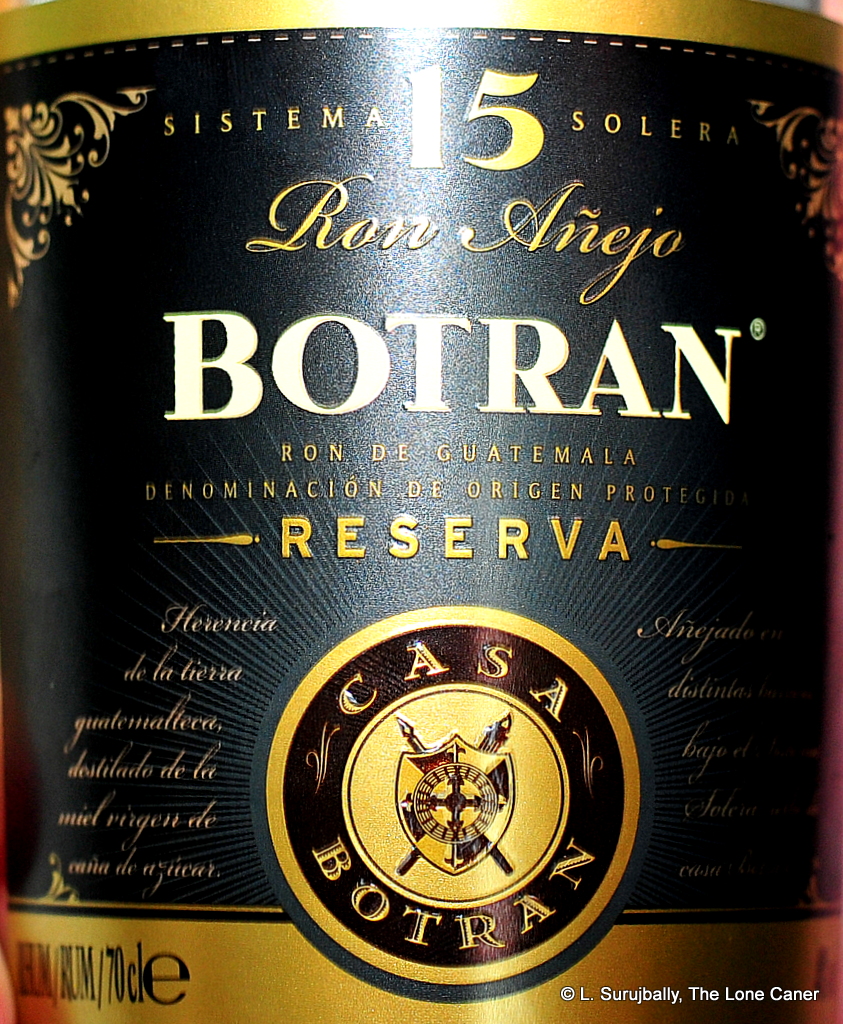 Part of the reason for the sweetness in this case lies in the finishing regime. The Botran Reserva 15 is laid to rest for several months in sherry casks after having been aged in lightly toasted bourbon casks (although I’ve heard some age in port casks, but that may be anecdotal). Those soleras I have tried before hewed to certain markers of taste (coffee for the Dictadors, some lighter fruity notes on the Cartavio, generally firm mouthfeel and soft exit), but this one certainly went its own way. The initial scents on the copper-brown rum were a rather startling charcoal and ashes mixed in with unsweetened dark chocolate: as full and luscious as a seedy lady of the night somewhat past her prime. It was musty at first, warm, not hot, and rather grudgingly gave way to a subdued fruitiness – the heavier notes of overripe cherries and light tartness red currants. Not bad, really, since originality of assembly is something I enjoy if done right.

It also presented some rather good heft for a 40% rum (this is where the suspicions of dosing creep in), presenting a medium to full bodied mouthfeel that was quite soft, and smooth to a fault. The initial taste was of caramel and burnt sugar – none of that ashes and charcoal taste carried over from the nose at all. Indeed, here the fruits took on a greater influence, with the heavier notes of plums, cherries, peaches taking their turn but mixing it up well with some chocolate and coconut shavings – there was perhaps some smoke at the back end, leading to a finish where the slightest bit of wood and vanilla were back, breathing drowsily into a short ending. All in all, there was no single backbone of flavour upon which all the other tastes were hung, more a commingling of individual pieces that tasted and smelled well, but were individually unassertive. What that means is some will like it for that precise reason, while others will think it’s too wussy and too easy and meant for those lacking an adventurous yo-ho-ho spirit embodied by a higher and more intense proof point. But that, I believe, is to miss the point, since soleras are not brutally elemental monsters for connoisseurs, but lighter, gentler rums that seek more to go along and get along, than to make a point of raw drinking machismo. And this one does a good job.

Speaking for myself, I have no particular issues with a rum that is sweet (or sweetened, although Botran rums’ hydrometer test results suggest they don’t add anything)…it all depends on how I feel on any particular day, and (perhaps more importantly) who I’m chugging with. If I want to introduce someone to rums, this one would be a very good place to start. It’s perfect for an easy neat sundowner, to be sipped while we discuss how best to run the world and make it safe for rum. For those somewhat more dour drinkers of the Malt family who I’m trying to bring over to the True Faith (and who usually prefer their Hebridean hooch at cask strength), I’d probably not let them near this elegant but perhaps over-soft solera.