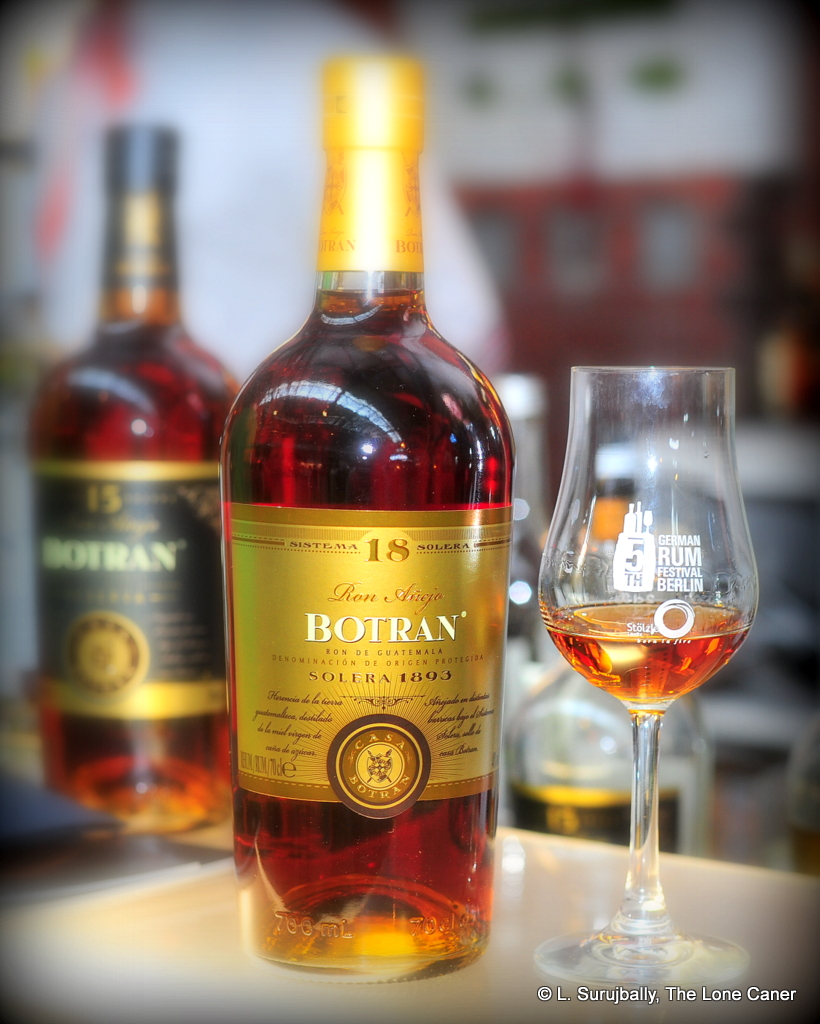 For the bucks, you get a soft bang.

There are two more Guatemalan Botrans I have notes for, and perhaps see if we can find points of commonality or differences among the set, so let’s get them out of the way, rather than go somewhere else this week.  I wrote that the blanca was an interesting if ultimately uninspiring white, while the solera 15 wasn’t bad for what it was, and had a few tastes that were worthy of note.  The 1893 Solera 18 is a step up the ladder of the brand – also 40% ABV, column still product, charcoal filtered, a blend of rums between five and eighteen years old, which were variously aged in bourbon, sherry port barrels.  It’s a solera through and through.

For those coming new to soleras in general and the Botrans in particular, a brief recap: soleras are a specialized form of blending hearkening back from Spain, where it is used to this day for ageing sherry; the system is one where a rum is progressively aged, and mixed with younger rums of the same kind at periodic intervals in a series. Every year (or other interval) one barrel is partly decanted into another barrel that was an earlier version of the same rum (but is now older), and the now (partly) decanted refilled with newer spirit. The average age of the rum which is finally bottled is therefore an exercise in mathematics, based on the percentage decanted, and the interval.  This is why any bottle marked “solera” should always be assessed cautiously when looking at the numerical “years” or “años” so prominent on the label, since this is whatever (miniscule) portion of the blend that is the oldest – and can be very small indeed. 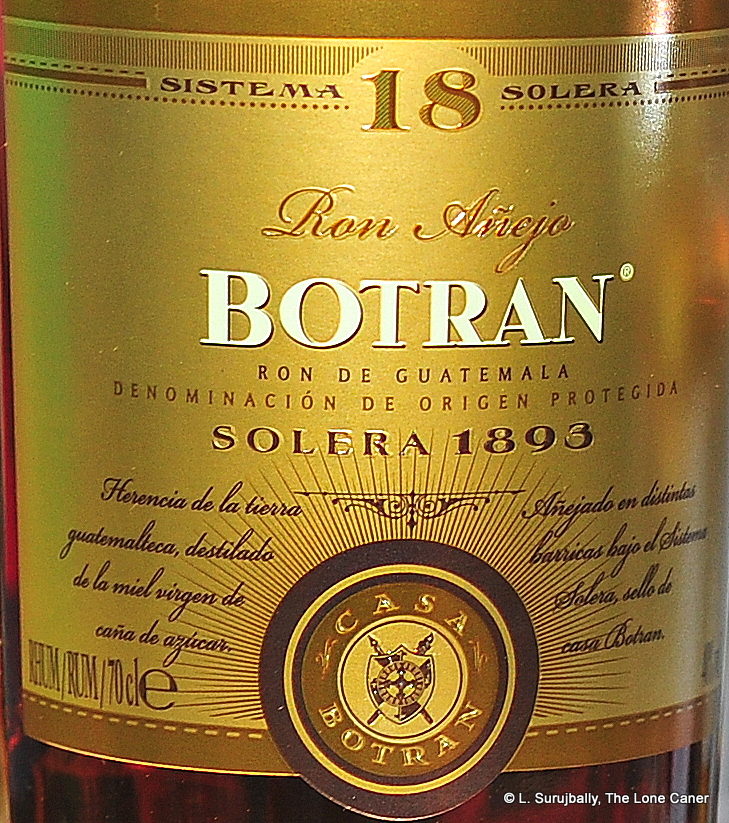 One reason for the style’s longevity and popularity is that the resultant spirit is quite smooth and somewhat sweet (Botran states it adds nothing to their rums) – and they are rarely bottled above 40% – so that makes them extremely easy sipping rums, as the Zacapa 23 and Dictadors and Santa Teresas have proved. Does that make them bad rums?  Not at all, because the nose on this bronze coloured rum was a delectable mixture of caramel and burnt sugar, dry and clean, somewhat at odds with the meaty fullness of the Solera 15, though not precisely delicate.  There were some baking spices and nuttiness in evidence, with a coil of rather bitter oakiness lurking in the background but which – thankfully – never came forward to elbow all the other scents out of the way.  So it was good that way, for sure.

To taste, well, it was more or less what I expected from the line, not so much a revolution as a genteel, polite evolution – slightly deeper, richer, and lacking those mineral ashy notes.  Caramel, molasses and dark unsweetened chocolate led off, followed by prunes, pears, some butterscotch and toffee, plus breakfast spices, vanilla and smokiness.  But very little of the tart fruitiness that might have elevated it a bit, too little citrus or sharper stinginess to cut the heavier, muskier tastes…at most I was getting some fried bananas done over a smoky fire.  It finished with a medium long, dry, pleasant fade redolent of toffee and nougat and maybe some creme brulee.  Nice, tasty, soft, smooth…but not world beating. It lacked the originality for that.

For a rum that was marginally older than the 15 (in average terms), I felt the complexity wasn’t all that hot and indeed, fell behind the “younger” one in a few areas. Sometimes, when you taste a rum you get a mental sense of time and place (Clement XO was like that for me), but if Botran was trying to make you feel you were up in them thar montañas, I think they miscalculated, because I didn’t get clean, crisp scents at all — what I really felt was that I was in a disused, windowless kitchen where the spice jars had been left open too long. That’s not enough to make for a disqualification, but it does make it less value for money than the 15. Though it is, very slightly, better.

Botran kindly responded to my query about the name of the rum. The meaning of “1893” relates to the year that the first of the Botran brothers, Venancio Botran, was born. This edition is paying homage to him.