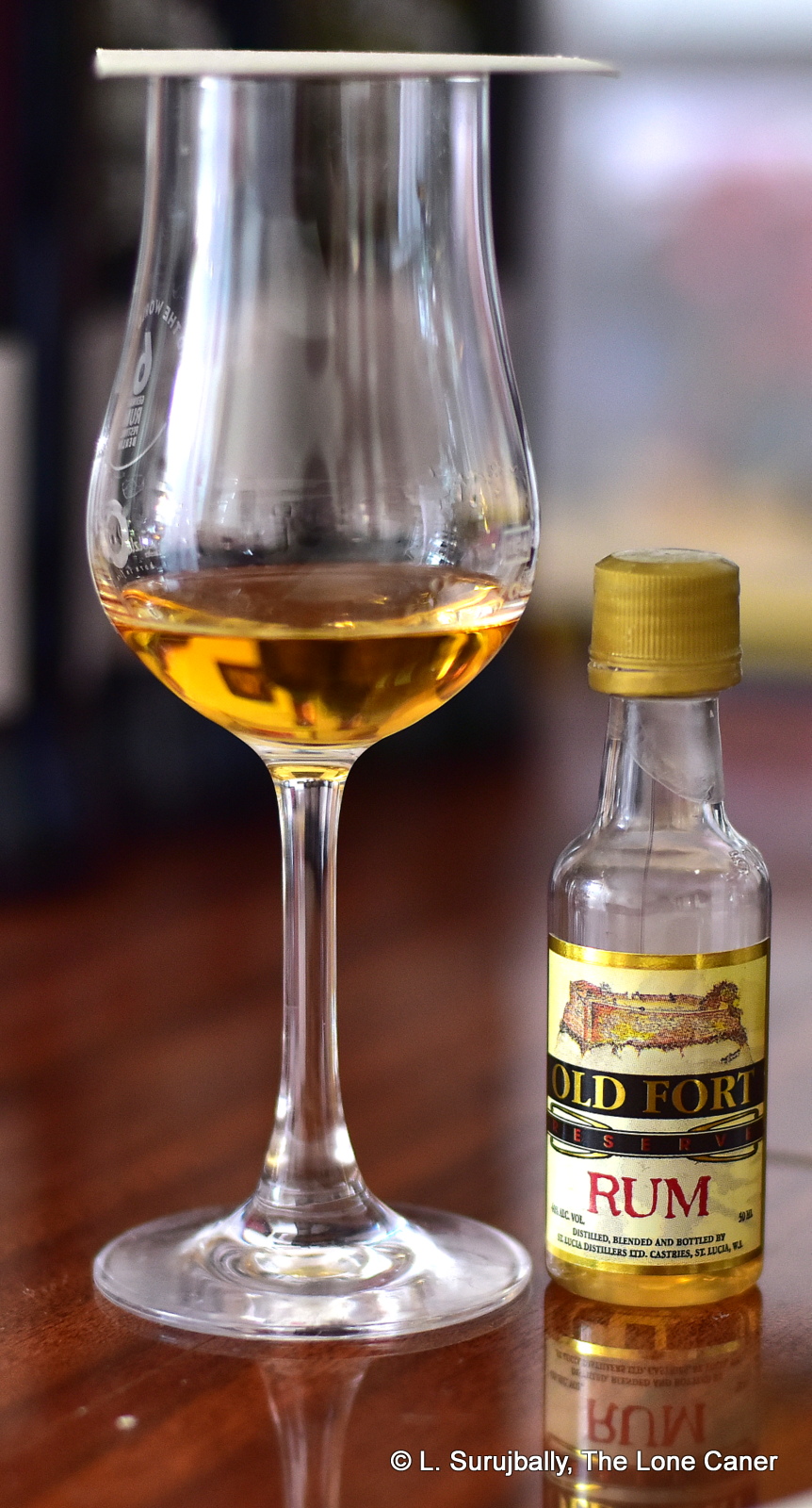 As with the Bucaneer rum in R-086, the Old Fort Reserve rum is from St. Lucia Distillers, and while it won an award in the 80-proof light category in an (unknown) 2003 “Rumfest”, it was withdrawn from the company’s lineup in that same year. Bucaneer did not fit the portfolio as the company had decided to concentrate on brands like Bounty; and the Old Fort Reserve had a similar fate – it was overtaken by the Chairman’s Reserve brand. What this means, then, is when you taste an Old Fort (and you are interested in such historical matters) then you are actually trying the precursor to one of the better known current St Lucia marks.

Palate – Diluted syrup decanted from a tin of peaches. Pears, cucumbers, sugar water, watermelon, and a nicely incorporated deeper tone of molasses and caramel. Still somewhat briny, which gives it a touch of character that I liked, and some gently emerging notes of dill and cumin round off what these days is an unaggressive profile, but which back in the day was considered top of the line.