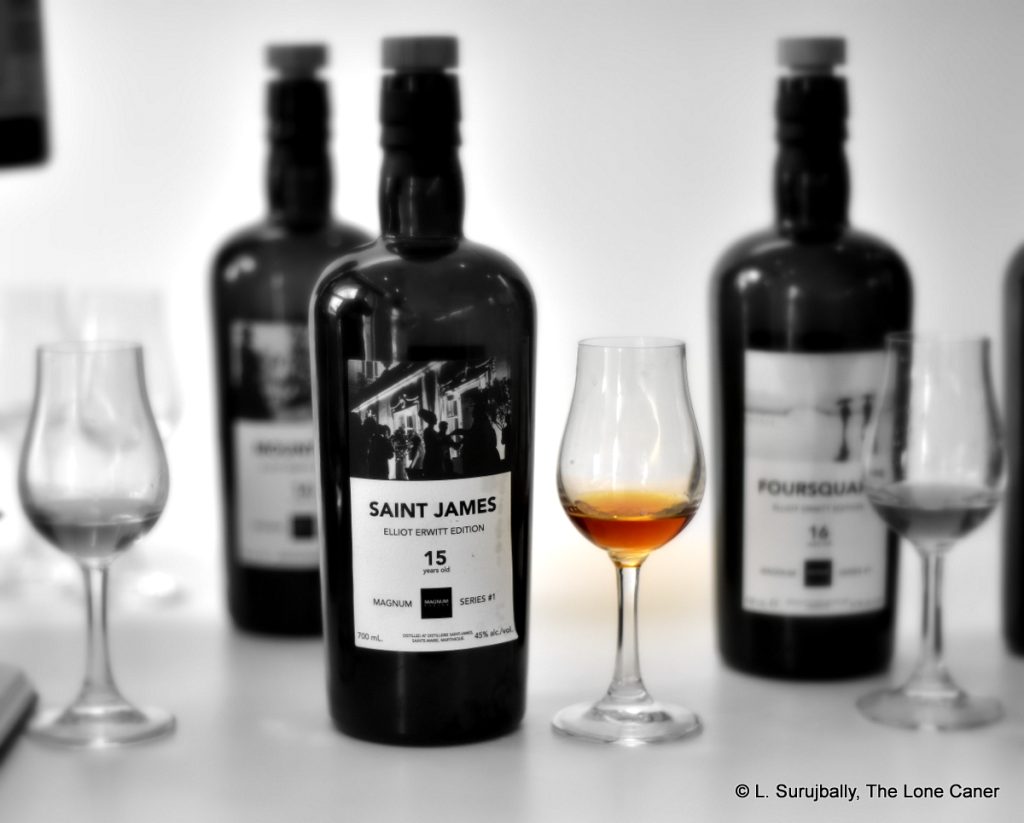 Whatever my personal opinions on the need for the four Magnum rums to exist as a separate collection as opposed to being folding into other series, they are there, they’re a fact of life and we move on. In any case, we’ve learnt a bit about the legendary photo agency (even if we’re not into current history) and read up about the style and importance of Elliot Erwitt (even if we’re not photographers or understand the connection), and have tasted four new rums from old and proud houses, so it’s by no means a waste.

Moreover, for all their variations in quality, the fact is the rums really are kind of good, and this is a way to make them shine and gain (even more) popular acclaim. “Good” did I say? Well…yes, though perhaps I understate matters. The Foursquare, for all my relative lack of enthusiasm was quite decent (many disagreed and thought it was much better), and the Hampden and the Mount Gay rums were, I thought, excellent in their own right. But when it comes ot the Saint James, the lowest proofed of the lot, “good” or “excellent” just doesn’t cut it. Because this is a rum that’s exceptional.

Part of that may have been the completely approachable strength (45%) and part was surely the impact of fifteen years ageing in Martinique: we rarely see agricole rhums that old, so by itself that’s a selling point; plus, this may be the first indie bottling Saint James have ever allowed (like Appleton’s pot still collection, another Velier coup from a couple of years back). The real takeaway is that this rum combines an agricole sensibility with a long-term barrel-ageing philosophy (much as the Bally 18 YO did) and while of course I can’t speak for your experience or to your preferences, when I tried it, it was love at first sip.

The first notes of the rum opened with a complex symphony so rich I slugged the shot down, then poured a second glass immediately, just to make sure somebody wasn’t messing with me. There was a complex fruit symphony of tart gooseberries, miso, very ripe gooseberries and mangoes, and a smorgasbord of all the sour funkiness I would normally have associated with Jamaica. Pineapples, cherries, sprite, lemon rind, honey, and that was before a panoply of cane sap and herbals made themselves known: fennel, rosemary, cloves, jasmine. The balance was superb and each delicate aromatic chip was clear, bright, and neither dominating nor dominated by, any other. 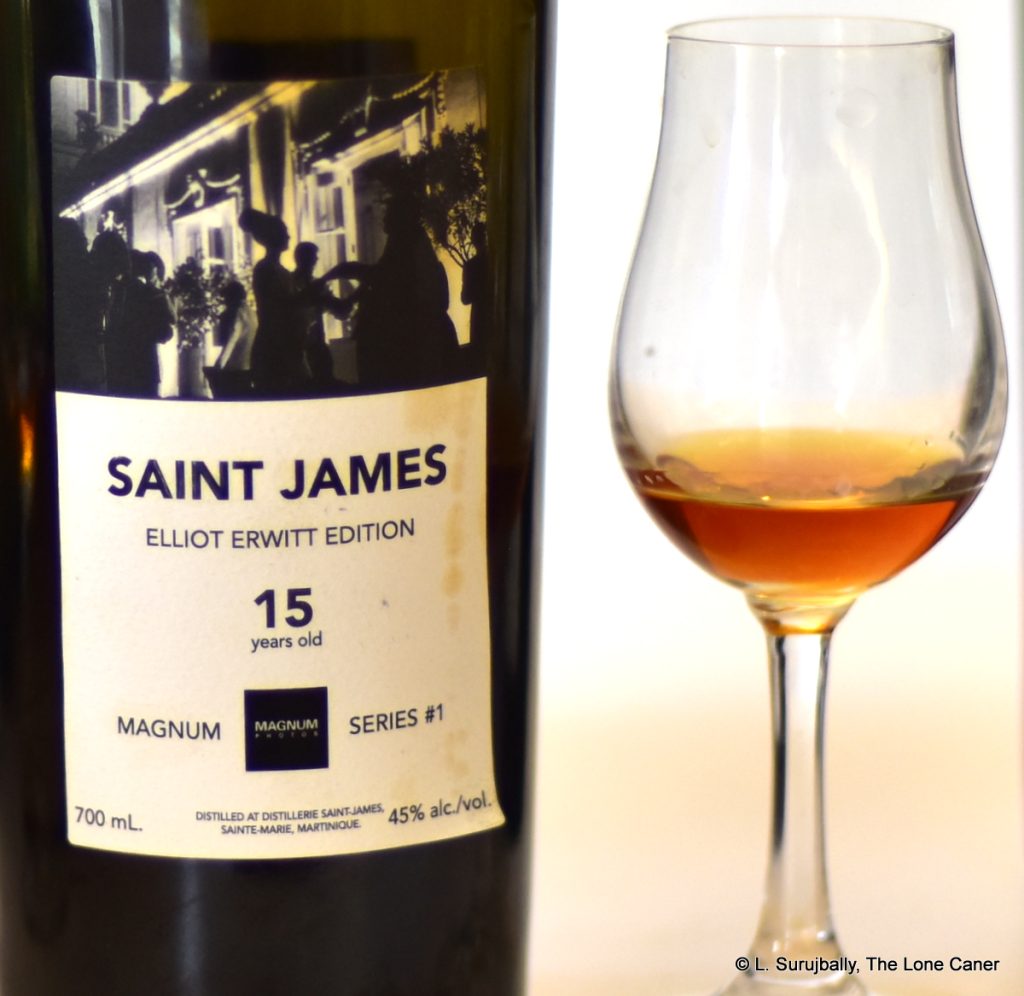 It was a great experience tasting it, as well. It felt just right on the tongue, silky, velvety, rich, and the tastes just went on from there. A lot of the bright and effervescent character remained, sweet, sour, tart, clean and voluptuous: pineapple slices and light yellow Thai mangoes, plus 7Up, honey, with additional threads of vanilla, cinnamon, rosemary and cardamom, plus just enough coffee grounds, chocolate and woodsmoke to present an intriguing and welcome counterpoint. The prevalence of dried fruits – thankfully not oversweet – brought to mind aged armagnacs or cognacs, especially when combined with a hint of aromatic damp tobacco. And it led to a really nice finish, surprisingly long, presenting a finale of delicious, sweetly gentle florals, bananas, honey, fruits and anise.

Like Stuart Pearce of the underrated review site Secret Rum Bar, I have tended to view much-reduced aged agricole rhums with some hesitation, some reluctance, even occasional suspicion; and in his own review he noted that he felt the palate became somewhat flat, hence his lower score. I thought otherwise myself, though: it dialled down from the impact the nose had made, to be sure, yet I didn’t think any quality was truly lost.

Frankly, my opinion was (and remains, after sneaking a second round in at the Paris Whisky Live later in the year) that it is hard to see how it could have been improved upon. It’s one of the best aged agricoles I’ve ever tried, and to my mind, is some kind of wonderful. It dares to take a chance, to not so much go off the beaten track as delicately careen along the skirting to show possibilities, hinting, not bludgeoning. It marries a solid age not often seen in agricole rhums, with a lower strength that allows all the complexities of the barrels and the gradual transmutation of the rhum, to be presented in their full flower. To bring this up to cask strength but make it younger would not have worked as well, and to simply age it without addressing the balance of tastes and intensity would have invited failure. Saint James drew upon all the skills they had – and that’s a lot – and ended up providing Velier, and us, with one of those miraculous rhums that achieves its immediate goals of being just damned good…and then continues climbing towards an even higher sensibility.