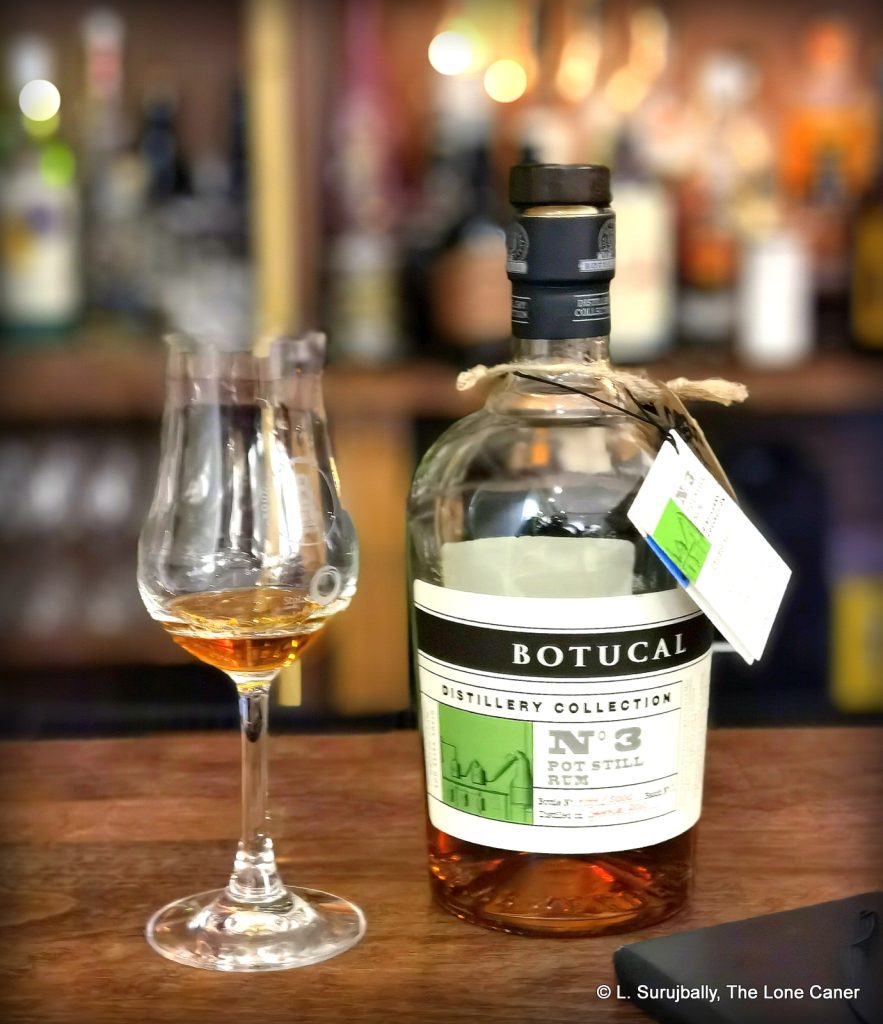 Diplomatico is one of those brands that seesaws wildly in the estimation of drinkers, has its determined detractors and equally unmoveable fans, and the opinion one gets for any of the rums in the range is very much dependent on [a] the stance said drinker has with respect to the purported dosage, [b] where they are (North Americans seem to like it more than Europeans do) or [c] what other drink they came to rum from (whisky drinkers will walk away, brandy and cognac fanciers will stick around). All agree though, that more transparency is needed with respect to any additions and until recently this was absent from the company website.

This rum originated somewhere around the mid-teens, I think, when the C-suite at Diplo took a look at the larger rumiverse and decided that their old stalwarts of the Traditional Range – the Anejo, the Plana, the Reserva Exclusiva – and even the upscale Ambassador line, all needed a facelift and some beefing up. New blends like the Mantuano and Seleccion de Familia were issued, the annual single vintage rum was spruced up (with the 2007 12 YO being the first that seems to have a real age statement on it), and in an effort to capitalise on the variety of their rums and their experience, they created a trio of rums that drilled right down to the nuts and bolts of their rums’ basic components. In the French Islands they did this with parcellaires; Diplomatico — like DDL and St. Lucia Distillers — did it with their stills and named them the Distillery Collection. The three rums in this Collection began to become widely available in early 2019.

Whether these new types of rum from an old house succeeded in raising awareness, boosting the casa’s street cred and increasing their sales is debatable. The rums were interesting if all you were drinking was other Diplos…not quite so much when rated by a more international, educated audience as had been developing since the turn of the century. Yet they were interesting, and after reviewing No.1 (“Kettle Still”) and No. 2 (“Barbet Still”), it left the No.3 “Pot Still” to consider — but at the time of release it was not available for me, then COVID struck, the world shut down, and it wasn’t until I spent a most enjoyable few hours in Dirk Becker’s shop Rum Depot in Berlin in December 2021, that I finally got around to trying it. 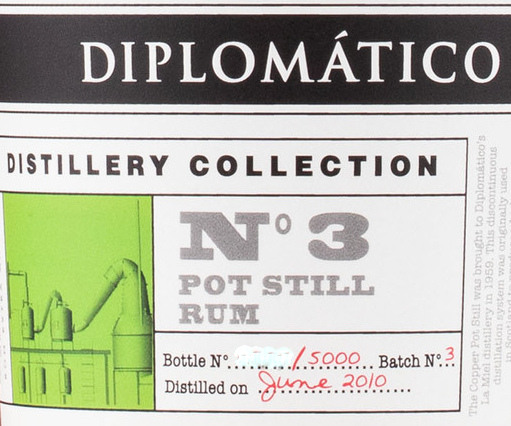 Like the others it was a blended 47% ABV, molasses-based rum, aged in ex-bourbon casks for around eight years, and I thought it was quite good, all in all. The nose started right off with a sort of brown, deep, sweet scent of caramel, to which was added light sandalwood and leather. A whiff of aromatic tobacco and florals crept in, and it displayed a nice rounded, easy smell, with complexity that seemed absent at first, but which simply took time to build and emerge. Although it nosed somewhat softly, after some minutes the whole was redeemed by the crisp clarity of light florals, orange peel and some nicely ripe white fruits like pears and green apples.

Tasting it continued most of the experiences already nosed. It tasted dark and leathery, with licorice, dried wood chips and a pleasant background of light flowers that balanced well. There was a slight lemony tang to it, the sort of thing sometimes gotten from freshly-washed laundry that had been dried in the hot sun, and behind that was raisins, pears, a hint of pineapple and strawberries, a quick flash of brininess, and the smooth taste of salt caramel ice cream. The finish was the weak point – fairly short even for the proof, and it mostly repeated what I had tried before. Some licorice, vanilla, citrus, leather, aromatic tobacco, none of which could quite elevate it beyond what had already come…but at least there was something there to notice, and it didn’t sink by being some milquetoast whiff of nothing in particular.

The rum is, to my mind, the best of the three Distillery Collection rums, and while it doesn’t feel stuffed with flavour all the time, it has a staying power and a gradually unfolding sense of complexity that is not to be dismissed out of hand. I think that one’s final perspective of the rum will depend on whether the persistent style which Diplo’s roneros could not seem to shake or get past — that lightness, odd for a pot still rum — is to one’s taste.

This was also what made the others less, for me: the No. 1 was intriguing if ultimately lacklustre, and as far as I was concerned the No.2 was nothing we hadn’t already seen from others, done better and costing less. The No. 3 Pot Still is better than both…but only by a little. It’s not that any of them were bad in comparison with Diplomatico’s own branded stable – it’s more that they were not as good as the competition they were trying to take on. Only time will tell whether they feel confident enough to keep on releasing more of these – but speaking for myself, I sure hope they do, because these are rums that have enormous potential and will please a lot of people even as they are.