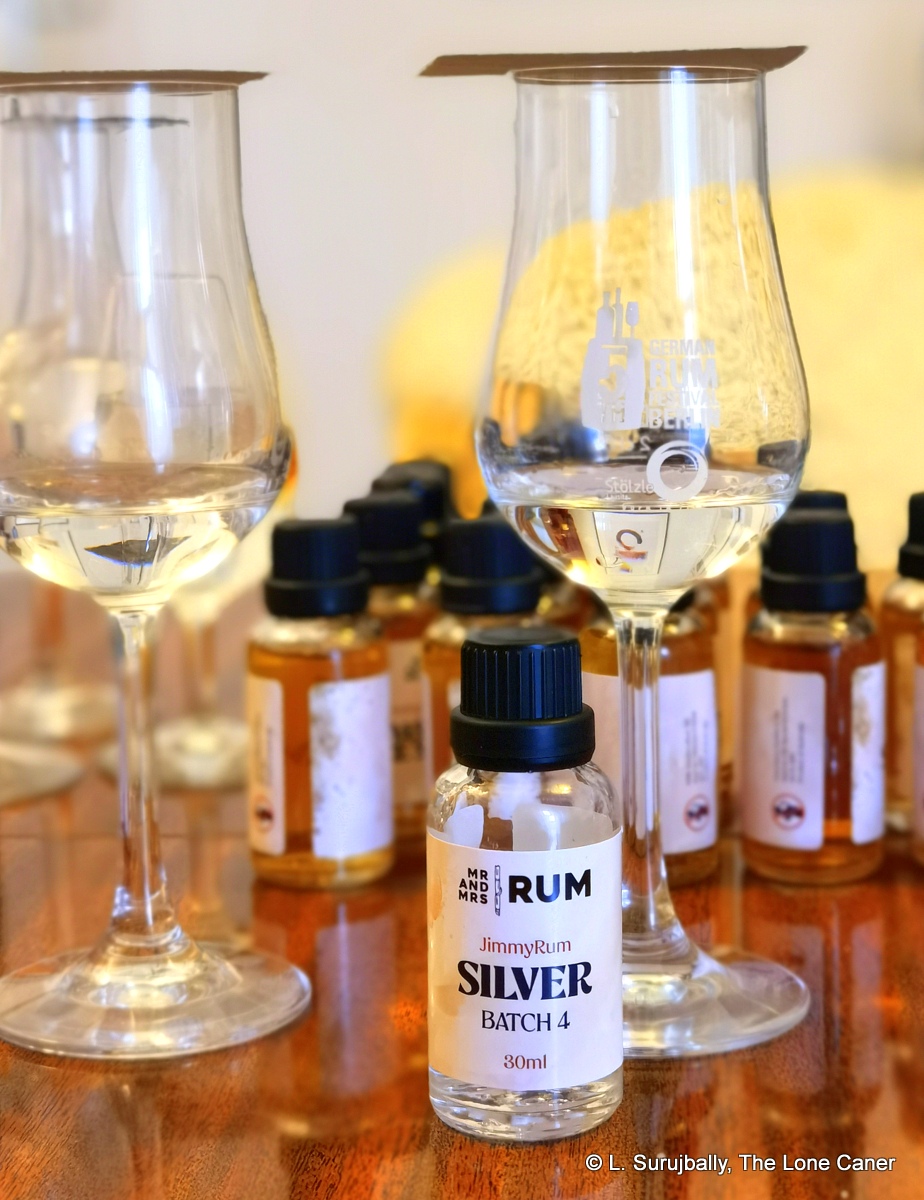 There’s a sly sort of insouciant Aussie humour at work in the JimmyRum distillery, not the least the name itself. More serious-minded folks would name the company “McPherson’s” or “Victoria Distillery” or some other such portentous title meant to demonstrate respectful gravitas and a profound commitment to the momentous task of distilling top drawer Australian rum. The names of the staff would be reverently listed with their titles, background, experience and commitment to rum, and the whole business would just reek of Ultra Serious.

This “Silver” is essentially an unaged white cane spirit, molasses based, distilled on a hybrid pot still with a thumper and a 7-plate column tacked on (similar to that used by A1710 in Martinique or Sampan over in Viet Nam) rested for three months in stainless steel tanks and then diluted down to 40% to be issued. There’s a 57% “Navy” version that tickles my fancy — a lot! — and which I really want to get to know better, but let’s just stick with what we have for now.

Nose first. Well…that’s different. It starts off with dry cardboard and saline solution, together with new wet paint, and the plush aromas of real fake naugahyde leather in Leisure Suit Larry’s brand new second-hand car (or should that be Corinthian leather?). Let’s call it a new plastic something – shoes, cars, wrappings, whole rooms…that’s what this initially smells like, before settling down to become more normal. At that point whiffs of sugar water infused with crisp and light fruits emerge: watermelon juice, light pineapples, and a bowl of fresh grapes, strawberries and apples in a cold antiseptic kitchen (I know how that sounds). Oh yeah, plus some ginger and very ripe plums.

The palate retains its brininess, though not to any kind of stylistic look-what-I-can-do excess, thank heaven. Here it gets spicy, even sharp, and notes of pumpkin juice, carrot-slushies, melons and papaya run right out of the gate. Light background of the sweeter, tamer fruits, watermelons, pears, that kind of thing. Maybe a pineapple slice (just one). It’s quite robust at 40% and dials in nicely, transitioning to a short and breathy, dry, rather easygoing finish. This coughed up a few final notes of fresh olive oil over toast, ginger, semi-ripe yellow mangoes, and a final defiant touch of sweetish pimento.

“Uncomplicated, unpretentious, and unruly, JimmyRum’s [rums] are distinctive and downright delicious” goes the blurb on Visit Victoria website, and while allowances must be made for a local website punching up a favourite son, overall I can’t disagree. There are 20+ distilleries and breweries in Victoria making (you guessed it) mostly whisky and beer. There’s definitely a place for an outfit like this there too, especially when it boasts a sense of humour, a decent product and a desire to take it to the next level. Almost makes me want to move there and make sheep’s eyes at Matilda.