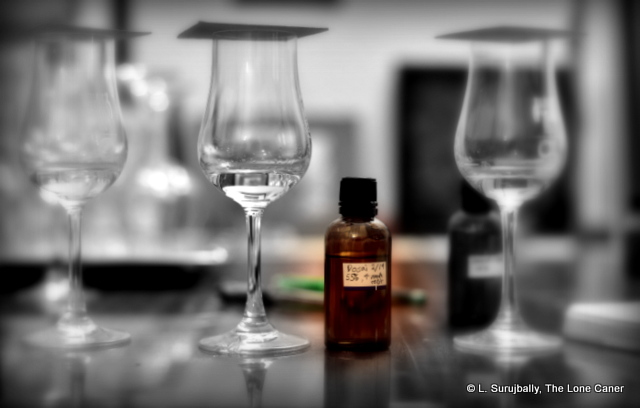 Every now and then you come across a rum in its nascent stages which you just itch to write about — even if it’s not (yet) for sale. The Mim from Ghana was one such, an aged St. Aubin was another, and last year, Reuben Virasami (currently tending bar in Toronto) passed on a new Vietnamese rhum that I felt really deserved rather more attention than it got (even from those who made it).

In brief, two expat Frenchmen, Jérémy Marcillaud and Nicolas Plesse, seeing all that lovely cane growing in Vietnam, were looking around for something to do with it and decided – without a lick of experience or any concept of the difficulties – to start a small distillery and make some juice. Perhaps they were inspired by the new Asians like Mia, Vientiane, Laodi, Issan, Chalong Bay or Sampan — who can tell? — and got their little outfit L’Arrangé off the ground; designed and had an inox stainless steel pot still built locally (they call it “The Beast”); contracted local farmers to supply cane, and proceeded through trial and error and many attempts over 6-8 months, to finally get some cane-juice agricole-style rhum that was actually worth bottling, and drinking (in December 2016).

Their aim was always to make a white rhum but they found rather more immediate success using the spirit for fruit infusions and arrangés (hence the name), and, as Jeremy told me when I contacted him, to export a good white requires a rather more scaled-up enterprise (and better economies of scale) than they were capable of doing at that time. As such, they sold their spiced rhums and arrangés to local bars and tried to raise visibility via the Saigon Rum Club and the city’s rum festival…but for my money, it’s that base white rhum they made that captures my interest and hopefully one day can be a commercially successful endeavour for these guys. 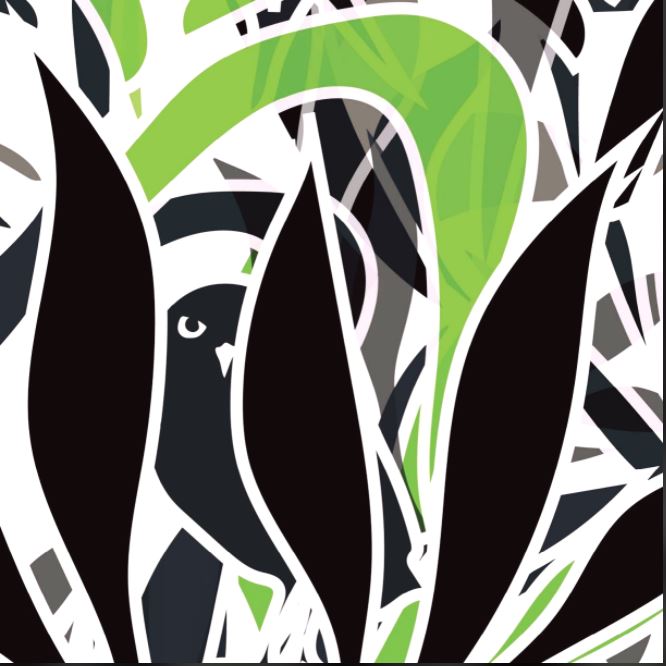 So, no fancy label or bottle pic to go with the article this time – as I said, it’s not for sale. That said, these are the basics: it’s a cane juice rhum, pot still, rested for four months (sorry, ye detail-mongers, I forgot to ask about the yeast, though it seems to be a combination of locally available and wild yeast), squeezed off the still at 70% ABV then diluted to 55%. After that it goes into whatever products they’re playing with that day. Me, I tried my sample neat.

The smell is definitely suggestive of pale pot still rumstink: salt, wax, glue, olives and a trace of peeling rubber on a hot day on the highway. It turns sweet later, though it remains rough and sharp, and provides aromas of watermelons, papayas, ripe mangoes, and just a touch of passion fruit. While it’s not quite as civilized to sniff as some of the other Asian whites mentioned above, it isn’t far behind them either.

The same thing goes for the palate. It’s rough and jagged on the tongue, but has a delicious and oily thick sweet tang to it: papaya, pineapple, mangoes, sugar water, strawberries, more watermelons. There is a sort of crisp snap to it, combining sugar, flowers,citrus peel, brine — even some very faint hints of vegetable soup. Finish was short, intense, sharp and redolent of flowers, citrusd, sugar water and thyme.

Overall, this rhum is not one you would, on balance, rate as highly as others with more market presence. You would likely try it blind, shrug and remark as you walked away “Meh – it’s just another white rhum. I’ve had better” And that makes sense, for its shortcomings haven’t all been ironed out yet – it’s rough and sharp, the balance is a bit off (tilts rather more to the sour and salt than co-existing harmoniously with the sweet and umami). But I feel that might simply be inexperience at making a pure single white rhum and their being okay with producing one made for adding fruit and spices to, not to drink by itself.

Myself I don’t drink spiced rums or arrangés. I don’t have to, with all the other juice out there. Under normal circumstances, I’d just walk away from this one. But that white…it was pungently original, yes, rough and unpolished, sure…it lacks some of the polish and sure confidence that marked, say, Mhoba (after their years of tinkering), and yet it stayed with me. Underneath was a real potential for something even better, and that’s why I am drawing attention to this little company that few outside Asia have ever heard of. Jérémy and Nicolas might one day be successful enough to market a white, maybe even export a bit around Asia, attend a rumfest to show it off. I can hope, I guess. And all I’m saying is that if you ever see them demonstrating their work, and one of their bottles is an unaged 55% white, you could do a whole lot worse than giving it a try, because I honestly believe it’ll be one of the most interesting things in the neighborhood that day.