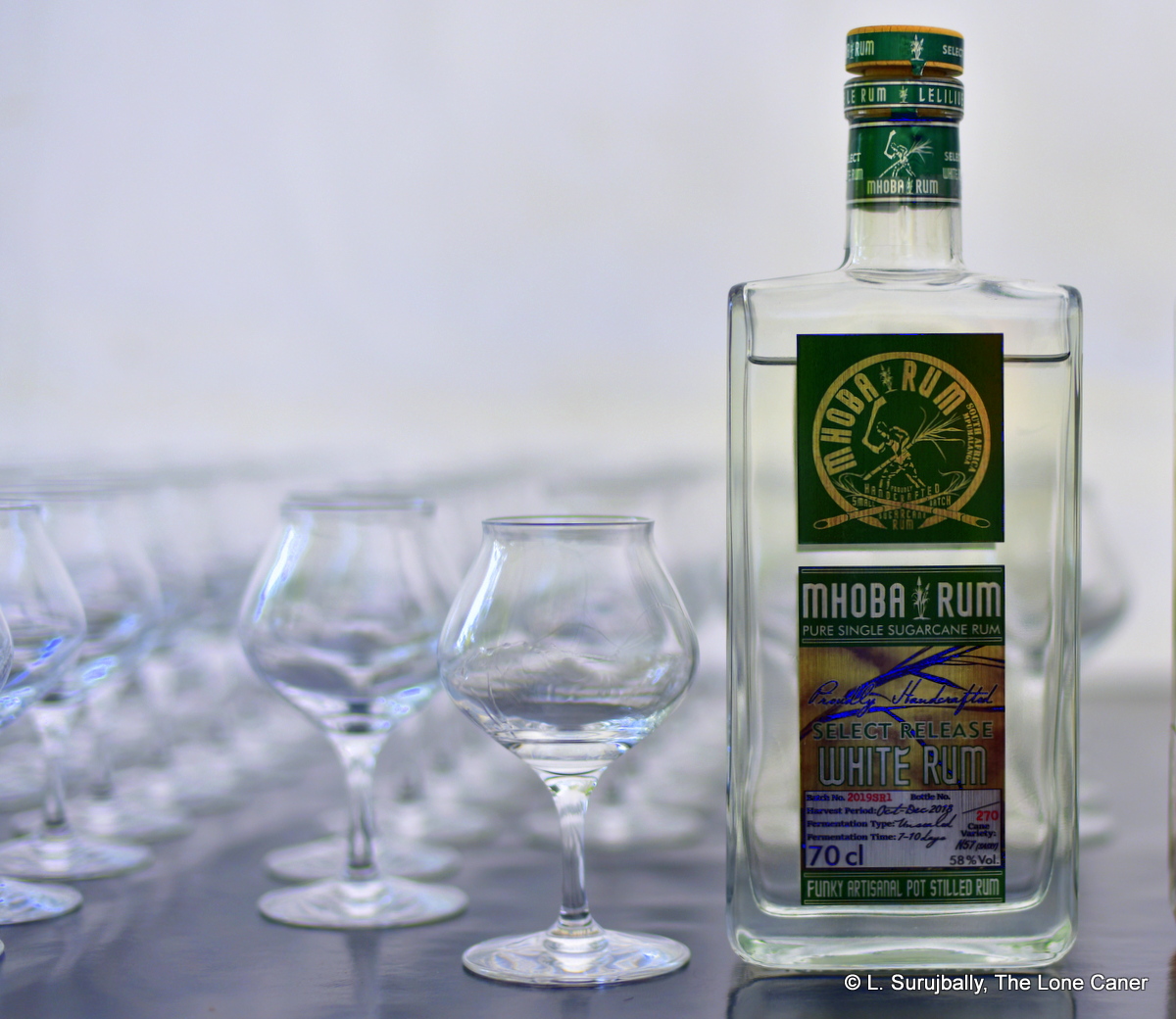 South Africa has been making wine for centuries, backyard bathtub liquors are a local staple, and rums and rotgut of some kind (and quality) have always been made. Still, we may want to pay more attention to those rums going forward because in the last decade there have been quite a few small local companies starting up operations there, making small batch rums with little-stills-that-could and quietly garnering kudos for themselves for some interesting products, none of which I’ve tried (which is my loss). Companies like Copeland, Inverroche, Tapanga, Whistler, 25° South, DeVry, Distillery 031, Brickmakers, and the list goes on.

Another one of these is Mhoba, which Steve James of the Rum Diaries Blog brilliantly detailed a couple of months ago. Mhoba has been experimenting and playing around with making rums as far back as 2012, when the founder Robert Greaves thought of making a South African version of cachaca…but he changed his mind after a seminal 2013 encounter in a hotel bar in Mauritius introduced him to all the variety global rums possessed. This led to two years of trial and error, attempting to improve the quality of his spirit on a self-constructed pot still (he has a mechanical engineering background, which undoubtedly helped – in that way he’s a lot like Mike Moscoso of Barik in Haiti), as well as applying for a Liquor License, which all finally came together in 2015.  Samples went out the door in 2016 to the Miami Rum Festival which resulted in feedback and more tweaking, and 2017 at the UK provided an opportunity for a more serious intro of the company’s work to the public. It was successful enough that by 2019 it was being distributed in Europe and gained a lot of interest and word of mouth by being probably the only cane-juice derived rum in South Africa.

I’ll leave you to peruse Steve’s enormously informative company profile for production details (it’s really worth reading just to see what it takes to start something like a craft distillery), and just mention that the rum is pot still distilled from juice which is initially fermented naturally before boosting it with a strain of commercial yeast.  The company makes three different kinds of white rums – pot still white, high ester white and a blended white, all unaged. I tried what is probably the tamest of the three, the Select, which the last one, blended from several cuts taken from batches processed between October to December of 2018 and bottled at 58%.  All of this is clearly marked on the onsite-produced label (self-engraved, self-printed, manually-applied), which is one of the most informative on the market: it details batch number, date, strength, variety of cane, still, number of bottles in the run…it’s really impressive work.

Ah, but how does it taste, you ask. What does it smell like? Well, it’s not a sharp as 58% might lead you to believe, but man, that pot still action is very nice indeed. The briny notes of a humid day at the seaside, combined with olives, acetones and sour fruit, showing that the still was alive and well, and that the esters retained their influence.  There was something nice and tart about it too, like macerated gooseberries mixed up with some soursop and then dropped into a can of paint or furniture polish, and the odd thing is, it gets sweeter and saltier the longer it sits in the glass, which is quite a trick for any rum to pull off. It relaxes after some time, and adds some lemon zest, cucumbers and pimentos to the mix, after which there isn’t much more to be found – but what there was was plenty, let me assure you. The blending doesn’t entirely take the edge off the rum, which retains a sort of youthful raw intensity to the aromas.

It tastes somewhat sharper than it nosed, which is fine, something to be expected.  Again, salt, brine, olives to begin with, plus the sour fruit, acetones, nail polish.  I enjoyed the background hints of lemon zest and cinnamon and the overall crispness of the profile, which was not an amalgam of melded tastes, but a procession of crisp, high-steppin’ flavour notes that were sharp and distinct as a bayonet. What is of interest is the overall herbal, grassy aspect to it which wasn’t quite as evident on the nose: in other words it tasted something like an agricole.  Too, there was some earth, musky spices in there lending a nice balance to the experience: tumeric, I’d say, and some masala. The finish was short and dry, but nicely balanced, sweet, salty and crisp, and summed up most of the action here: salty notes, some sweet, some spices, some earth.

Overall, my general opinion is that it resembled Neisson’s agricoles more than most, or maybe a civilized clairin (if the comparison needs to be made at all, and it doesn’t, really). It wasn’t exactly a furiously complex hurricane of a jillion different things all wanting to get your attention at once: what it did do was focus on what it had, and crisply emphasized the notes it did play, without straying too far from its strengths. I didn’t get a chance to try the pot still or the high ester whites as comparators to this white rum, but I have to admit, the sheer rough quality of this one makes me wish I had. This juice is quietly badass, and I want me some more.