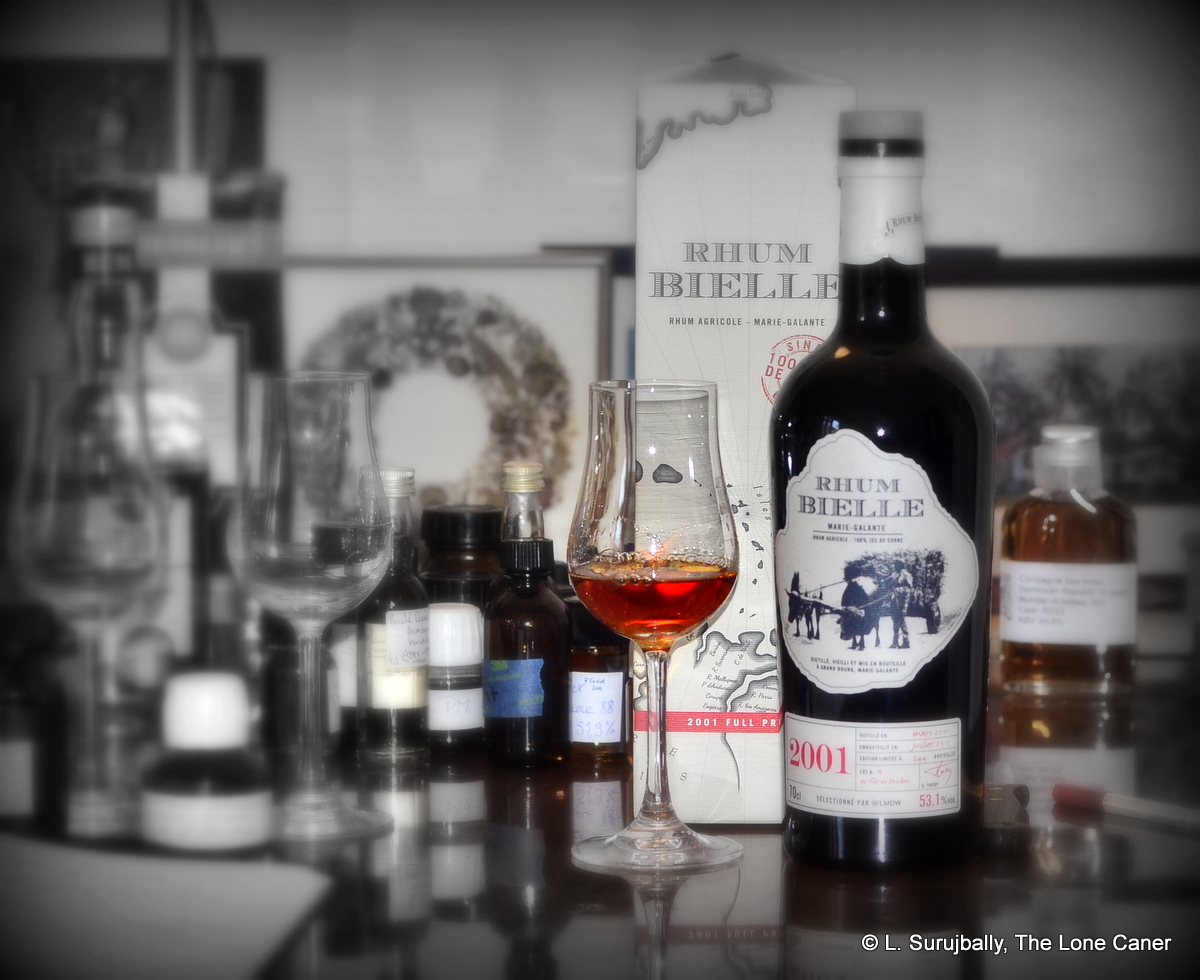 “This is a distillery … which deserve some serious attention” I wrote back in 2017.  I should have taken my own advice and picked up more from there, because this rhum is really well done, and one to share generously.

Located just south of dead centre on the tiny island of Marie Galante (itself south of Guadeloupe), Bielle is a small sugar plantation dating back to the late 1700s, named after Jean-Pierre Bielle (he also owned a coffee shop), which went through a series of owners and went belly-up in the 1930s; the property was sold to a local landowner, Paul Rameaux, who had no more success than his predecessors in reviving its fortunes. 1975 marked a revival of Bielle when la Société d’Exploitation de la Distillerie Bielle (SEDB) took over the assets, and nowadays a nephew of Mr. Rameaux, Dominique Thiery, runs the distillery. So, it’s another small outfit from the French West Indies about whom only the islanders themselves and the French seem to know very much.

This might be a grievous oversight on our part, because I’ve tried quite a few of their rhums (and wrote about one of them before this), and they’re good, very good — both this one and the Brut de Fut 2007 scored high. And if Bielle was not well represented in the medal roundup of the recently concluded Martinique Rhum Awards, it might just mean their work is as yet undiscovered while other, better-known estates hog all the glory. 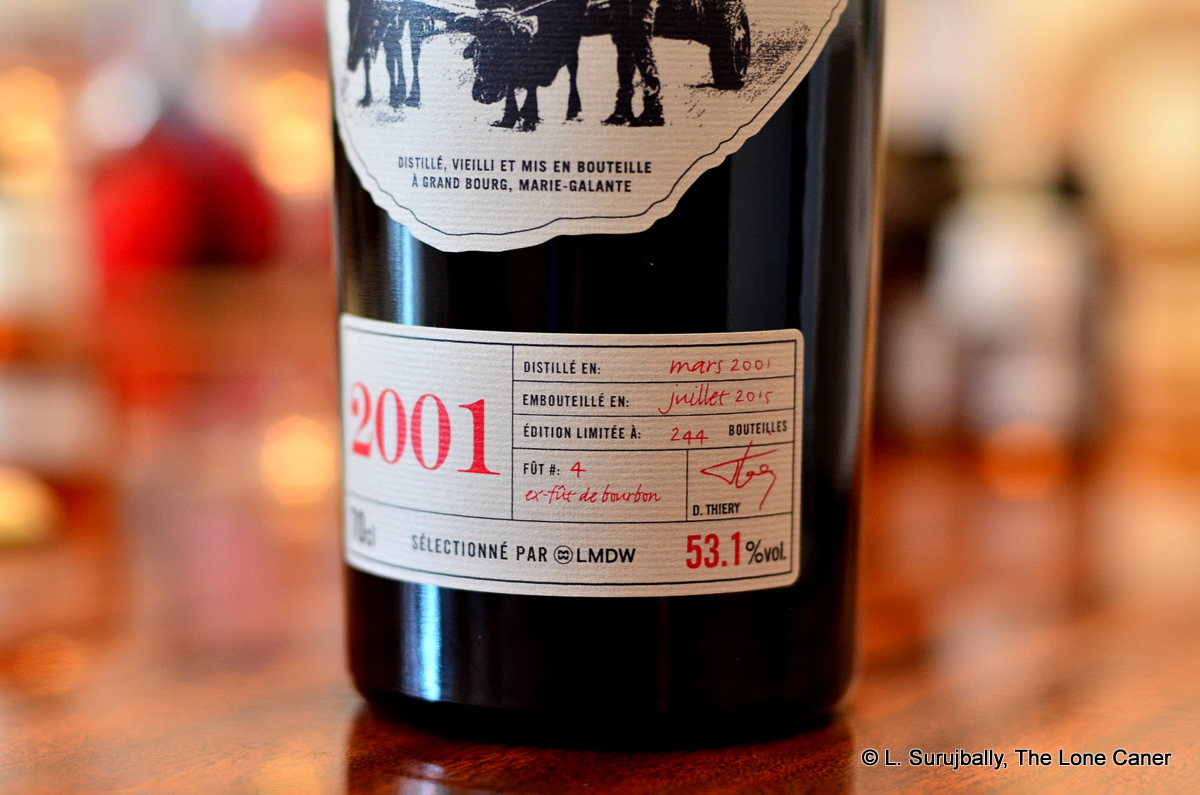 The profile of this 2001 tropically aged 14 year old demonstrated clearly, however, that these were no reasons to pass it by. Consider first the way smelled, dense, fragrant, and rich enough to make a grasping harpy sign the divorce papers and then faint.  Plums, peaches, mangoes, blackberries, molasses, citrus, all jammed together in joyous, near riotous abandon of sweet, acidic, tart and musky aromas. I particularly appreciated the additional, subtle notes of molasses-soaked damp brown sugar, white chocolate and danish cookies, which added a nice fillip to the whole experience.

Even someone used to standard strength would find little to criticize with the solid 53.1% ABV, which provided a good, very sippable drink.  All the fruits listed above came back for a smooth encore, and adding to the fun were gherkins in pickling sauce, brine, anchovies…you know, something meaty you could almost sink your teeth into – a little denser and this thing might have been a sandwich.  But it’s the molasses, overripe bananas, caramel and vanilla combining with all that, which binds it all together (sort of like a rumForce). I thought it was excellent, delectable stuff, skirting a fine line between rich and delicate, dark and light, thick and crisp. And the finish did not disappoint — it was dry yet luscious, exhaling vanilla, molasses, bananas, olives, nougat, cherries and a dusting of nuts

The Bielle deepens my admiration for Guadeloupe rhums, which are sometimes (but not in this case) made from molasses as well as cane juice, Guadeloupe not being subject to the AOC regime. This liking of mine does no disservice or call into question Martinique, whose many distilleries make savoury rums of their own, as crisp, clear, and clean as a rapier wielded by le Perche du Coudray.  There’s just something a little less precise about Guadeloupe rhums that I enjoy too – something softer, a little richer, more rounded. It’s nothing specific I can put my finger on, really, or express in as many words — but I think that if you were to try a few more Bielle-made rums like this one, you’d know exactly what I mean.