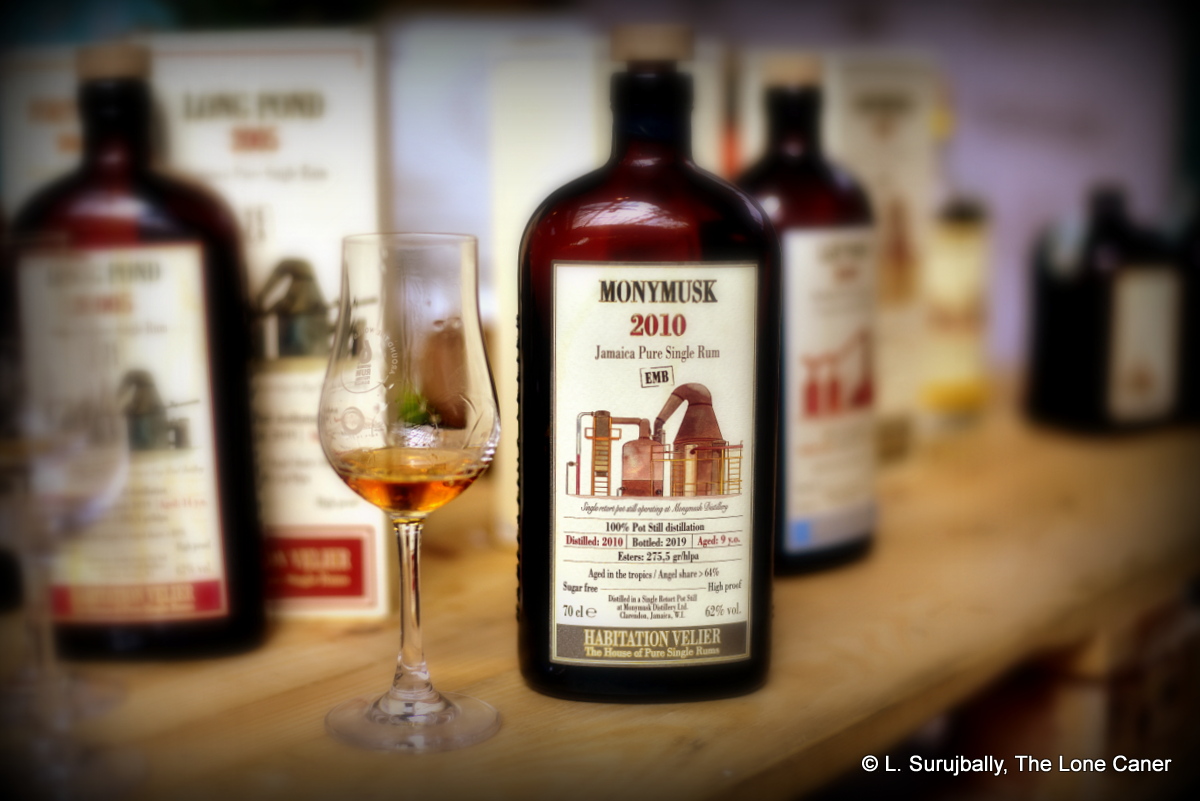 As the memories of the Velier Demeraras fades and the Caronis climb in price past the point of reason and into madness, it is good to remember the third major series of rums that Velier has initiated, which somehow does not get all the appreciation and braying ra-ra publicity so attendant on the others. This is the Habitation Velier collection, and to my mind it has real potential of eclipsing the Caronis, or even those near-legendary Guyanese rums which are so firmly anchored to Luca’s street cred. 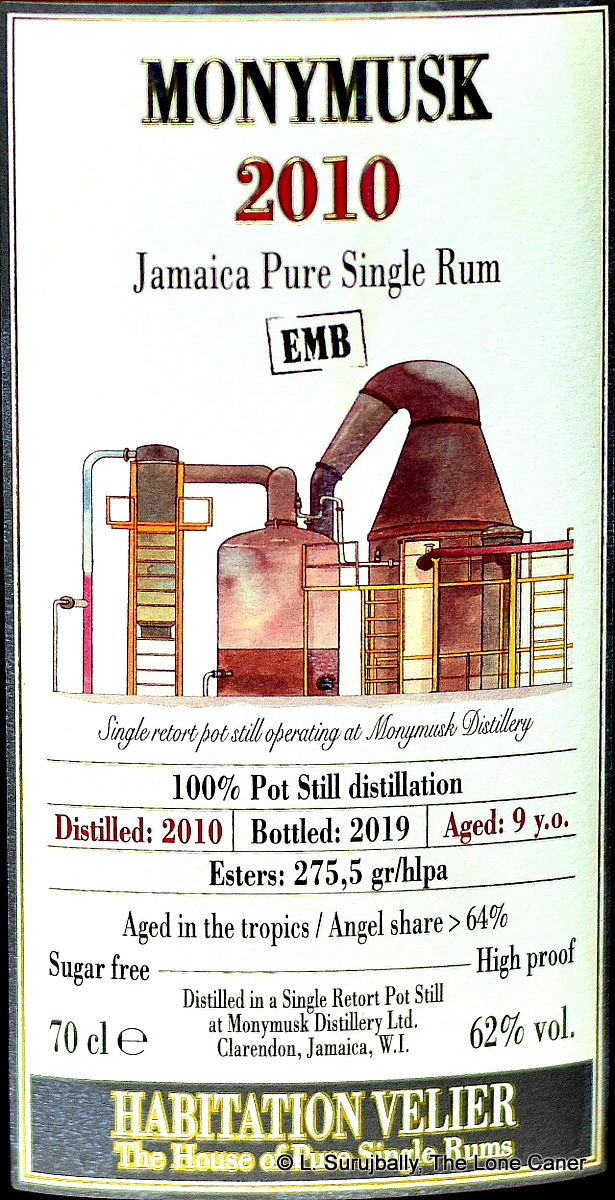 I advertise the importance of the series in this fashion because too often they’re seen as secondary efforts released by a major house, and priced (relatively) low to match, at a level not calculated to excite “Collector’s Envy”. But they are all pot still rums, they’re from all over the world, they’re all cask strength, they’re both aged and unaged, and still, even years after their introduction, remain both available and affordable for what they are. When was the last time you heard that about a Velier rum?

Since there is such a wide range in the series, it goes without saying that variations in quality and diverse opinions attend them all – some are simply considered better than others and I’ve heard equal volumes of green p*ss and golden praise showered on any one of them. But in this instance I must tell you right out, that the EMB released in 2019 is a really good sub-ten year old rum, just shy of spectacular and I don’t think I’m the only one to feel that way.

The first impression I got from nosing this kinetic 62% ABV rum, was one of light crispness, like biting into a green apple. It was tart, nicely sweet, but also with a slight sourness to it, and just a garden of fruits – apricots, soursop, guavas, prunes – combined with nougat, almonds and the peculiar bitterness of unsweetened double chocolate. And vanilla, coconut shavings and basil, if you can believe it. All this in nine years’ tropical ageing? Wow. It’s the sort of rum I could sniff at for an hour and still be finding new things to explore and classify.

The taste is better yet. Here the light clarity gives way to something much fiercer, growlier, deeper, a completely full bodied White Fang to the nose’s tamer Buck if you will. As it cheerfully tries to dissolve your tongue you can clearly taste molasses, salted caramel, dates, figs, ripe apples and oranges, brown sugar and honey, and a plethora of fragrant spices that make you think you were in an oriental bazaar someplace – mint, basil, and cumin for the most part. I have to admit, water does help shake loose a few other notes of vanilla, salted caramel, and the low-level funk of overripe mangoes and pineapple and bananas, but this is a rum with a relatively low level of esters (275.5 gr/hlpa) compared to a mastodon channeling DOK and so they were content to remain in the background and not upset the fruit cart. 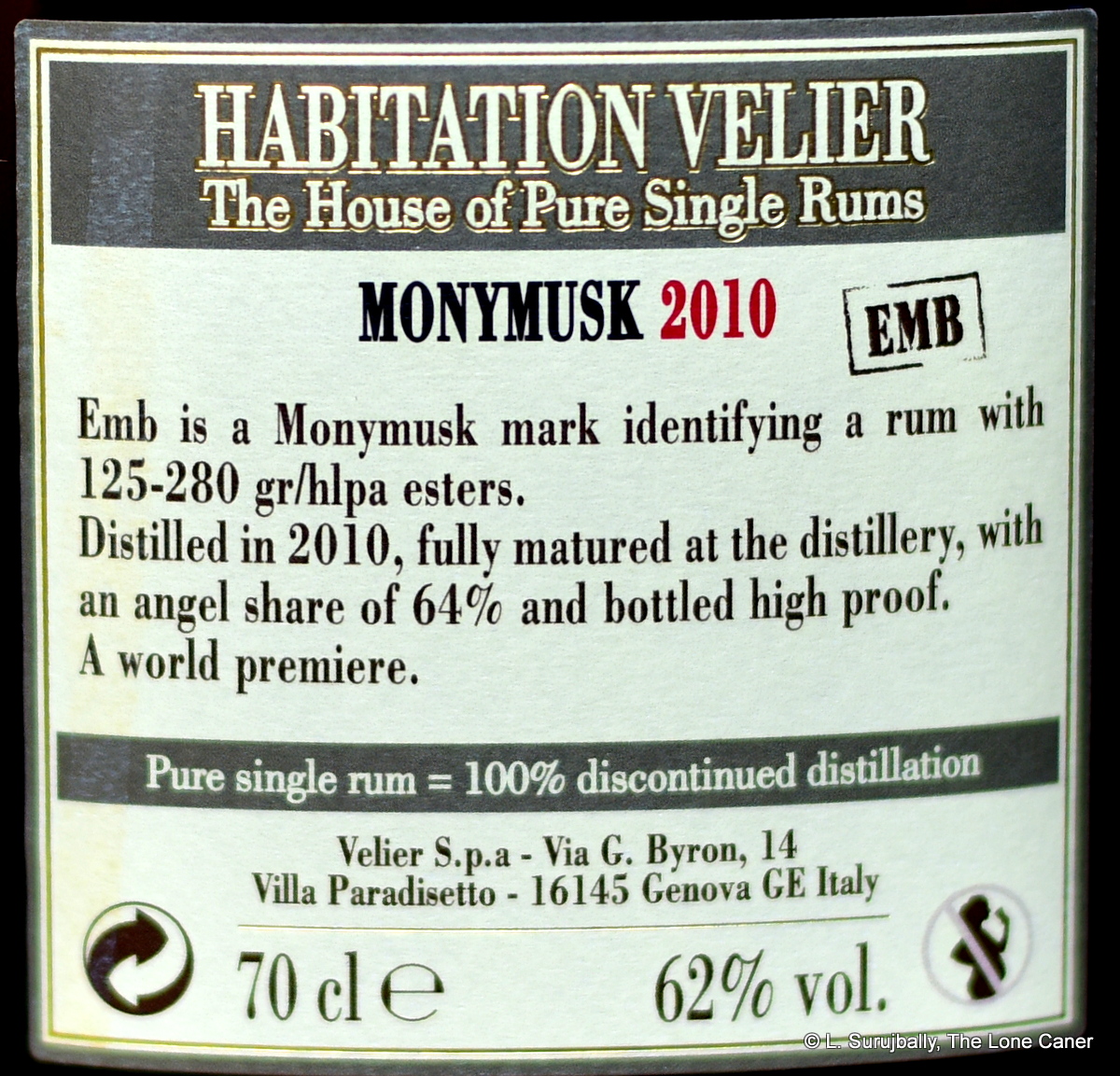 As for the finish, well, in rum terms it was longer than the current Guyanese election and seemed to feel that it was required that it run through the entire tasting experience a second time, as well as adding some light touches of acetone and rubber, citrus, brine, plus everything else we had already experienced the palate. I sighed when it was over…and poured myself another shot.

Man, this was one tasty dram. Overall, what struck me, what was both remarkable and memorable about it, was what it did not try to be. It didn’t display the pleasant blended anonymity of too many Barbados rums I’ve tried and was not as woodsy and dark as the Demeraras. It was strong yes, but the ageing sanded off most of the rough edges. It didn’t want or try to be an ester monster, while at the same time was individual and funky enough to please those who dislike the sharp extremes of a TECA or a DOK rum – and I also enjoyed how easily the various tastes worked well together, flowed into each other, like they all agreed to a non-aggression pact or something.

It was, in short, excellent on its own terms, and while not exactly cheap at around a hundred quid, it is – with all the strength and youth and purity – a lot of Grade A meat on the hoof. It stomped right over my palate and my expectations, as well as exceeding a lot of other more expensive rums which are half as strong and twice as old but nowhere near this good…or this much fun.