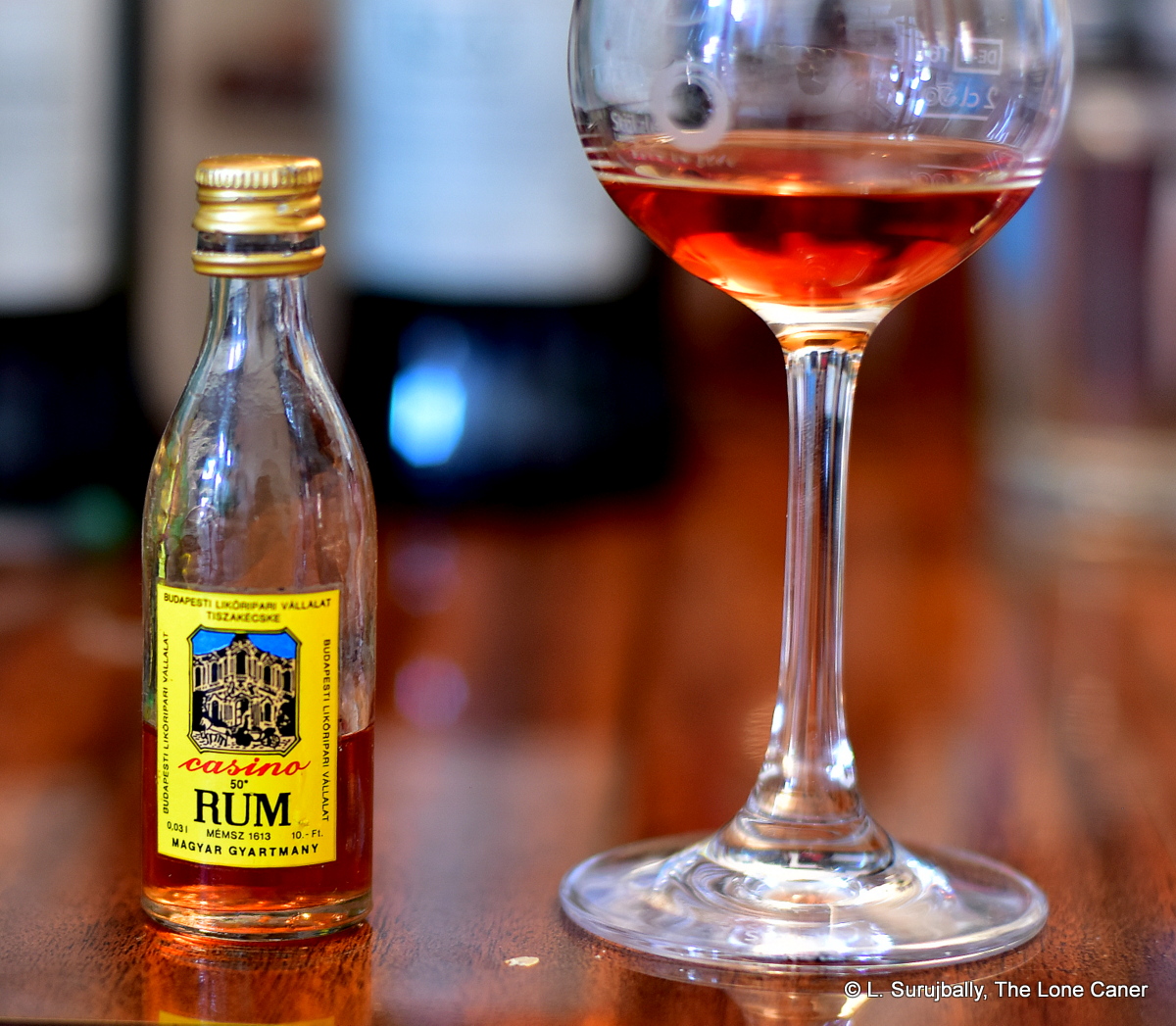 Figuring out what’s in it was harder, and here I drew a blank. My thinking, however went like this: eastern European countries were famed – or at least renowned – for their inländer (domestic) rums, which were usually ethanol or neutral alcohol that had spices and infusions added to them. Stroh, the Badel Domaci from Croatia and the Tuzemak from Czechoslovakia, and any amount of verschnitts from Germany (Flensburg in particular) followed this pattern, and Zwack itself as a company was noted for its work with alcohols and herbal infusions. So even though I know little about Zwack’s production specifically — and I was told that some inländer producers are now importing bulk rum produced in the Caribbean — I assume they followed this trend of manufacture generally. That said, I can’t say with assurance whether the Casino was made from molasses or beets, though I suspect it’s the latter. 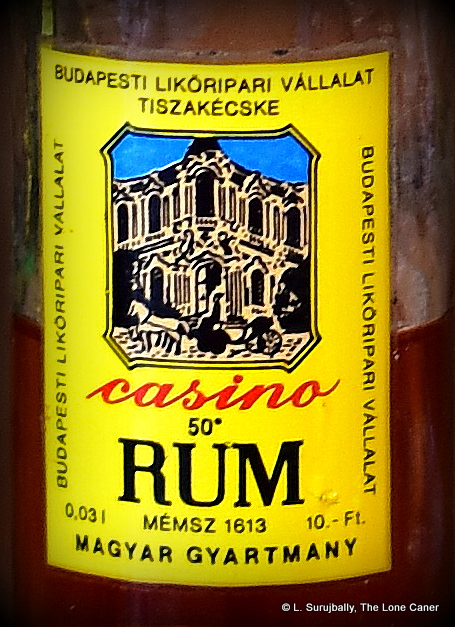 The nose is firm and distinct – the 50% ABV strength helps there, of course – and quite sweet, almost like a Tokaji. Notes of brown sugar, black tea, and what stays the longest in both nostrils and memory is the sweet notes of gummi bears and lollipops and bubble gum. There’s other more fruity aromas as well – prunes, rip apricots, peaches, in syrup, some orange peel and chocolate with rum in the centre; as it hangs around it gets flowery and perfumed. Quite a lot going on here, but in terms of a rum profile, not really – it’s all additive-derived, not a genuine rum note in sight.

Palate follows the theme of a spice driven rum with a better-than-usual strength: dry, crisp and quite sweet. Candied oranges, icing sugar, ginger, no caramel or molasses notes here. It’s spiced for sure, but reasonably well done, and if tasted blind I’d suggest you might think it was a low-rent mid-ester-level Jamaican without the rubber and salt. The finish is nowhere near to the level of either the nose or the taste – short, dry, harsh, unrelieved by any serious aromas or closing notes over and beyond sweet candies, chocolate oranges and light flowers, plus maybe a hint of cinnamon.

The funny thing is, I quite liked it. Not as a sipping rum – its artificiality is way to evident for that – but as a sweet dessert thing to have with or dribble into an ice cream dunked into a double espresso…oh yeah. It’s fine for that. Unfortunately, not for much else.