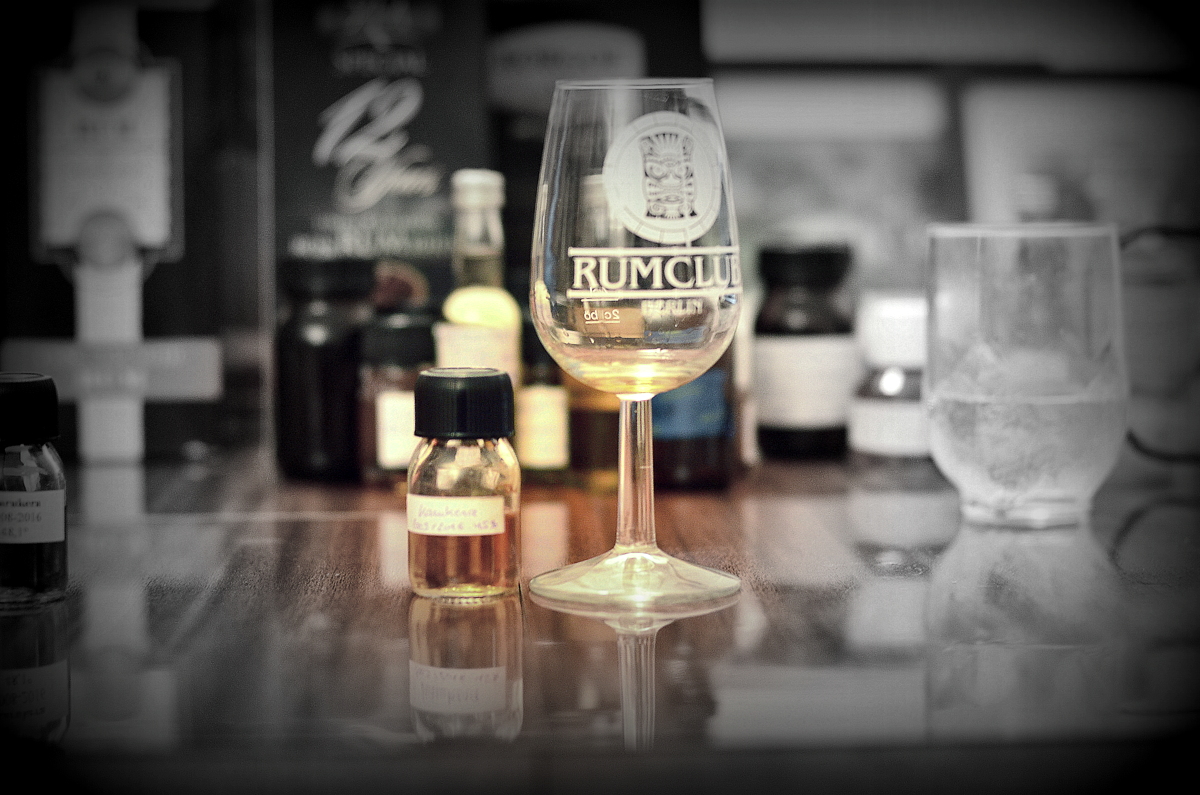 Last week when discussing the Karukera “L’Expression” I remarked that something of the agricole-ness, the grassy and herbal notes we associate with cane juice rhums from the French islands, was missing there. To some extent the same thing could be said of the near-5000 bottles making up the limited outturn from various “select casks” (all fourteen of them) of this Black Bottle edition – but where I gave a guarded recommendation to the 2008 Rhum Vieux, here, I have to be more enthusiastic and say it’s one of the better rhums from Karukera I’ve tried — though not necessarily one of the best agricoles, for reasons that will become clear as we go on. 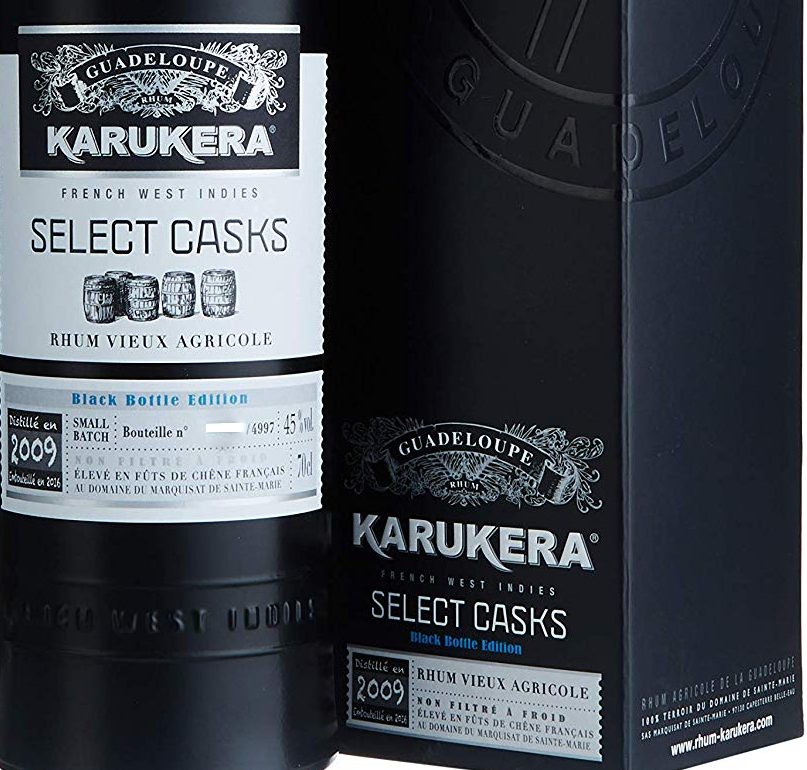 Anyway, let’s begin. How was it? Based on how it smelled, I know that some would say it’s weak because of its near standard proofage and initially faint nose, but when sniffing it, I would say it’s actually closer to subtle. This is a rum that takes some concentration to come to grips with, because the aromas start quietly, gently and then become increasingly crisp over time, and the experience is the better for it. There’s wood and vanilla, strong black tea and anise, which gradually develops more fruity aspects, probably from the cognac barrels: pears, mangoes, oranges, both sweet and tart. I particularly enjoyed the late-blooming, rather delicate spices – cinnamon, fennel, nutmeg, ginger plus more vanilla – and the twist of citrus zest and winey notes that suffused the overall aromas.

The palate is different though – not quite a one-eighty, but certainly a shift in direction. Here the delicacy and subtlety was shoved aside and a more forceful profile emerged, warmer and firmer within the limitations of the proof, and all that in spite of the slightly herbal and grassy notes that were now more clearly discerned. Initially I tasted bitter chocolate, cherries in syrup, pears, mangoes, burnt sugar, black grapes, raspberries, cherries, nougat and even some background traces of molasses and honey and caramel. Combined with those spices – nutmeg and vanilla and cinnamon, again – plus lemon zest and gooseberries, it melded tart and soft, intriguing enough to make one want to hurry through, and help oneself to more. I mean, there was really quit a lot going on here, if perhaps too much of the sweet influence of the cognac and the odd bitter tang of woodiness. The finish was fine — dry, again quite fruity, and rather short, mostly repeating the hits, more of the fruits than anything else, but always with that mellow chocolate and honey remaining in sight.

The Black Bottle 2009 has real quality and delicate sensibilities, and it adhered to many of the markers of a good rhum from anywhere: balance, complexity, a murmuring initial profile that builds to a reasonably complex palate and a decent finale. What it wasn’t was original, unique: it didn’t showcase the island or the estate in any specific way, and the woodiness and cognac casks really held a dominance over the final product that could have been tamed more. It’s therefore too good to dismiss as “just another agricole” (as if that were possible with any of them): but just distant enough from perfect to deny it full admittance to the pantheon.