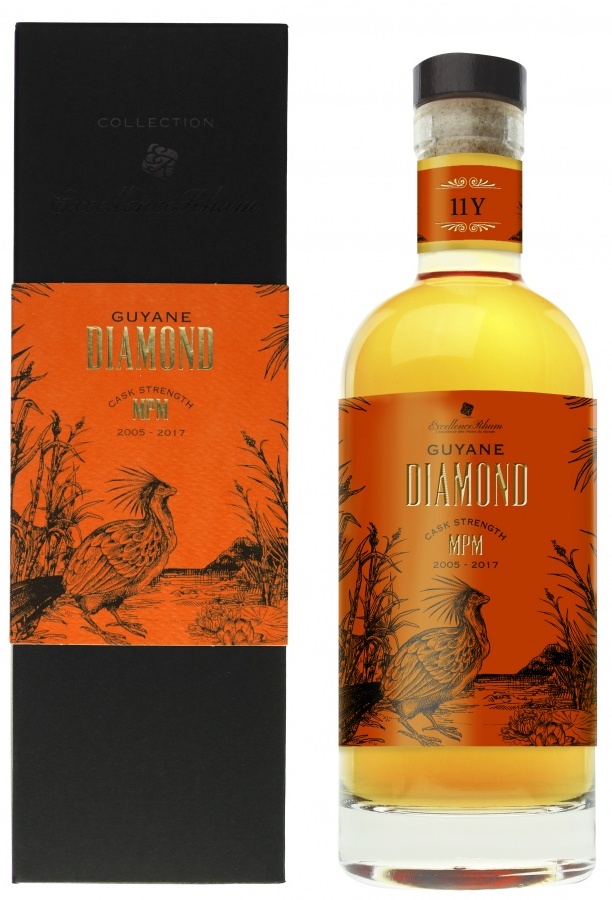 Few profiles in the rum world are as distinctive Port Mourant, deriving from DDL’s double wooden pot still in Guyana. Now, the Versailles single wooden pot still rums always struck me as bit ragged and fierce, requiring rare skill to bring to their full potential, while the Enmores are occasionally too subtle: but somehow the PM tends to find the sweet spot between them and is almost always a good dram, whether continentally or tropically aged. I’ve consistently scored PM rums well, which may say more about me than the rum, but never mind.

Here we have another independent bottling from that still – it comes from the Excellence Collection put out by the French store Excellence Rhum (where I’ve dropped a fair bit of coin over the years). Which in turn is run by Alexandre Beudet, who started the physical store and its associated online site in 2013 and now lists close on two thousand rums of all kinds. Since many stores like to show off their chops by issuing a limited “store edition” of their own, it’s not an illogical or uncommon step for them to take.

It’s definitely appreciated that it was released at a formidable 60.1% – as I’ve noted before, such high proof points in rums are not some fiendish plot meant to tie your glottis up in a pretzel (which is what I’ve always suspected about 151s), but a way to showcase an intense and powerful taste profile, to the max.

Certainly on the nose, that worked: hot and dry as the Sahara, it presented all the initial attributes of a pot still rum – paint, fingernail polish, rubber, acetones and rotten bananas to start, reminding me quite a bit of the Velier PM White and a lot fiercer than a gentler ultra-old rum like, oh the Norse Cask 1975. Once it relaxed I smelled brine, gherkins, sauerkraut, sweet and sour sauce, soya, vegetable soup, some compost and a lot of licorice, vanilla; and lastly, fruits that feel like they were left too long in the open sun close by Stabroek market. Florals and spices, though these remain very much in the background. Whatever the case, “rich” would not be a word out of place to describe it.

If the aromas were rich, so was the palate: more sweet than salt, literally bursting with additional flavours – of anise, caramel, vanilla, tons of dark fruits (and some sharper, greener ones like apples). There was also a peculiar – but far from unpleasant – hint of sawdust, cardboard, and the mustiness of dry abandoned rooms in a house too large to live in. But when all is said and done, it was the florals, licorice and darker fruits that held the heights, and this continued right down to the finish, which was long and aromatic, redolent of port-infused cigarillos, more licorice, creaminess, with a touch of rubber, acetones…and of course more fruits.

While PM rums do reasonably well with me because that’s the way my tastes bend, a caveat is that I also taste a whole lot of them, and that implies a PM rum had better be damned good to excite my serious interest and earn some undiluted fanboy favour and fervor….and a truly exemplary score. I started into the rum with a certain indulgent, “Yeah, let’s see what we have this time” attitude, and then stuck around to appreciate what had been accomplished. This is not the best of all Port Mourants, and I think a couple of drops of water might be useful, but the fact is that any rum of its family tree which I have on the go for a few hours and several glasses, is by no means a failure. It provides all the tastes which showcase the country, the still and the bottler, and proves once again that even with all of the many variations we’ve tried, there’s still room for another one.