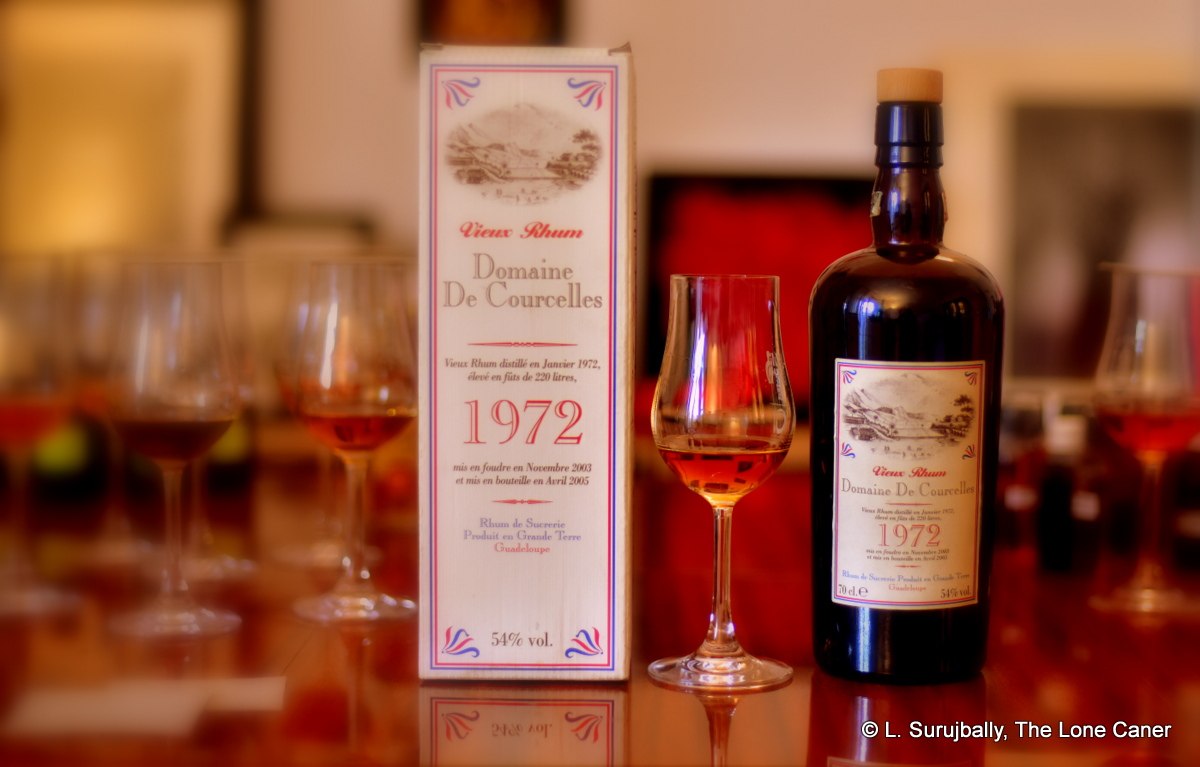 Velier’s star shone brightly in 2017, so much so that if you were following the October 2017 UK rumfest on Facebook, it almost seemed like they took over the joint and nothing else really mattered. Luca’s collaboration with Richard Seale of Foursquare over the last few years resulted the vigorous promotion of a new rum classification system, as well as the spectacular 2006 ten year old and the Triptych (with more to come); and for Velier’s 70th Anniversary – marked by events throughout the year – a whole raft of rums got issued from Jamaica, Barbados, St. Lucia, Guadeloupe, Mauritius, Japan….So much happened and so much got done that I had to re-issue an updated company biography, and that’s definitely a first. The Age of Velier’s Demeraras might be over and the Caronis might be on a decline as the stocks evaporate…but company is in no danger of becoming an also-ran anytime soon.

Still, all these great rums aside, let us not forget some of the older, lesser known, more individual rums they put out the door, such as the Damoiseau 1980 and the Basseterre 1995 and 1997, some of the Papalins and Liberation series, the older Guyanese rums distributed at lesser proofs by Breitenstock…and this one which is on nobody’s must-have list except mine. It holds a special place in my heart – not just because it was issued by Velier (thought this surely is part of it), but because the original Courcelles 1972 is the very rum that started my love affair with French island rhums and agricoles…so for sure this one had some pretty big shoes to try and fill.

It filled them and then some. Reddish gold and at a robust 54% ABV (there’s another 42% version floating around) it started off with a beeswax, honey and smoke aroma, heavy and distinct, and segued into treacle, nougat, white chocolate and nuts. Not much of an agricole profile permeated its nose, and since it’s been observed before that since Guadeloupe – from which this hails – is not AOC controlled and uses molasses as often as juice for its rhums, the Courcelles could be either one. No matter: I loved it. Even after an hour or two, more scents kept emerging from the glass – caramel and a faint saltiness, aromatic flower-based hot tea, and just to add some edge, a fine line of mild orange zest ran through it all, well balanced and adding to the overall lusciousness of the product.

The palate, which is where I spent most of my time, was excellent, though perhaps a little more restrained…some attention had to be paid here. The brutal aggro of a rum bottled at 60%-plus had been dialled back, pruned like a bonsai, and left a poem of artistry and taste behind: more honey, nougat, nutmeg, brown sugar water, and calming waves of shaved coconut and the warmth of well-polished old leather, cumin, and anise, with that same light vein of orange peel still making itself unobtrusively felt without destabilizing the experience. At the close, long and aromatic aromas simply continued the aforementioned and quietly wrapped up the show with final suggestions of rose tea, almonds, coconut and light fruit in a long, sweet and dry finish. Frankly, it was hard to see it being the same vintage as the Velier Courcelles 42% which was tried alongside it, and was better in every way – the 54% was an excellent strength for what was on display and I enjoyed every minute of it.

There’s a streak of contrariness in my nature that seeks to resist flavour-of-the month rums that ascend to the heights of public opinion to the point where their makers can do no wrong and every issuance of a new expression is met with chirps of delight, holy cows and a rush to buy them all. But even with that in mind, quality is quality and skill is skill and when a rum is this good it cannot be ignored or snootily dismissed in an effort to provide “balance” in some kind of perverse reflex action good only for the personal ego. Velier, even when nobody knew of them, showed great market sense, great powers of selection and issued great rums, which is why they’re just about all collector’s items now. The Demeraras and Caronis and collaborations with other makers showed vision and gave us all fantastic rums to treasure…but here, from the dawn of Luca’s meteoric career, came a now-almost-forgotten and generally-overlooked rum that came close to breaking the scale altogether. It is one of the best rums from the French islands ever issued by an independent, a cornerstone of my experience with older rums from around the world…and hopefully, if you are fortunate enough to ever try it, yours. 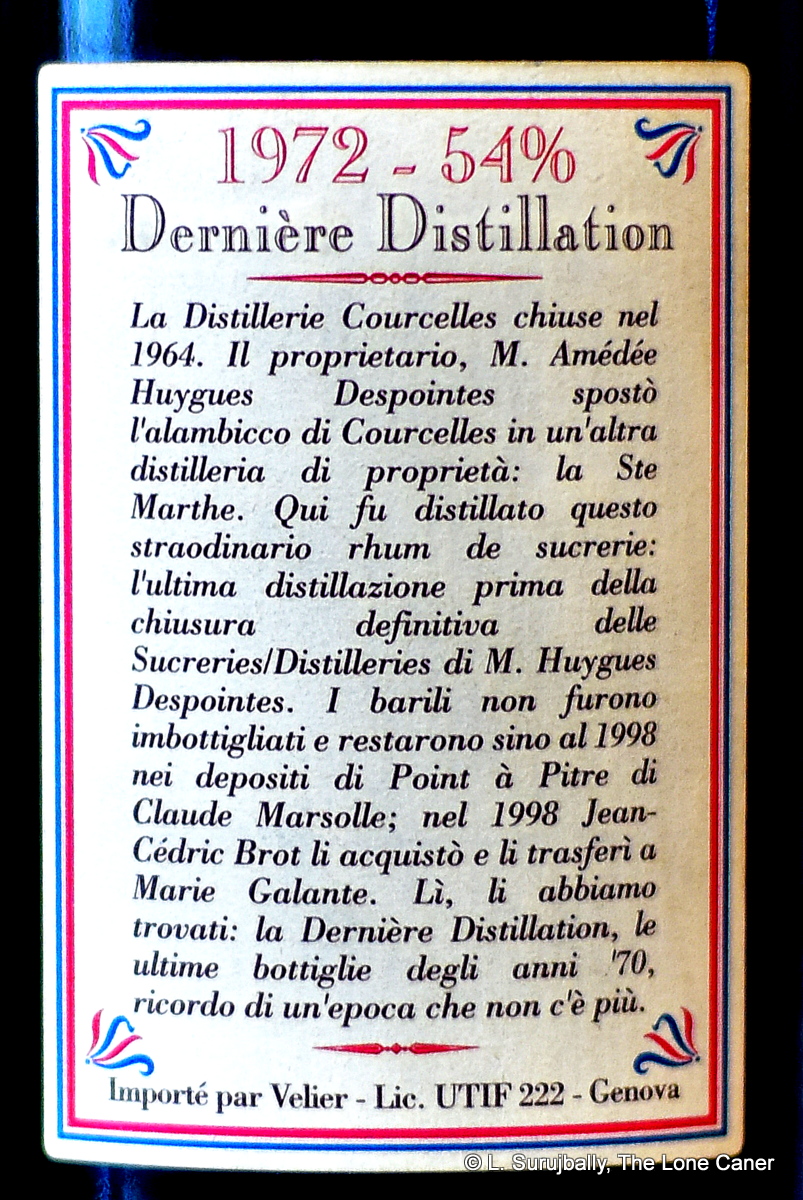