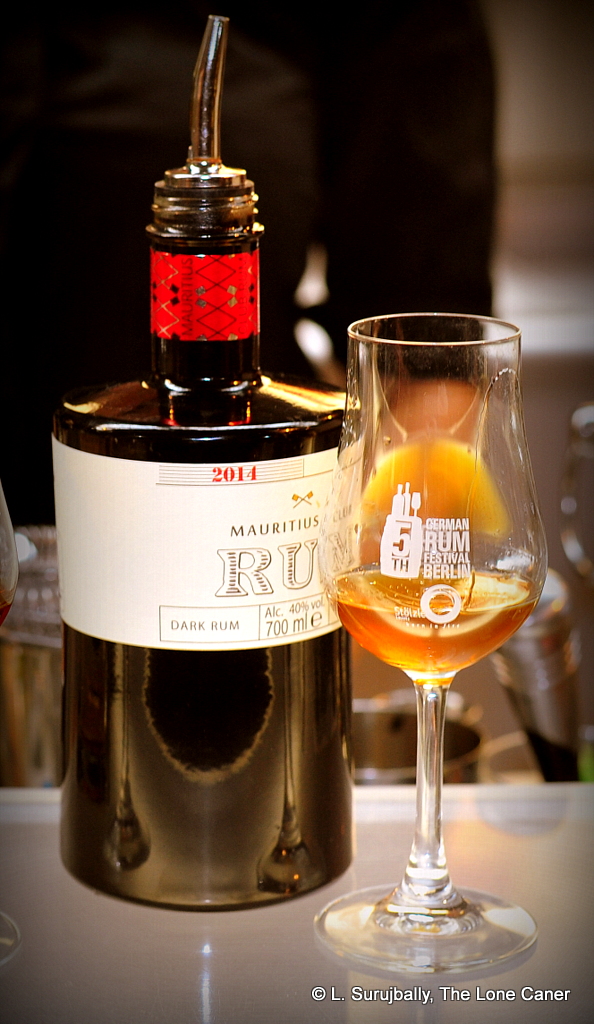 Too young, too dressed up, when it didn’t need to be

The Mauritius Club Rum 2014 (Sherry Finish) is an interesting essay in the craft, and for my money, slightly better than the Gold of Mauritius Dark rum I looked before. The sherry finishing makes its own statement and adds that extra fillip of flavour which elevates the whole experience in a way that drowning the Gold in port casks for a year did not. Note that there’s a strange disconnect between what I was told in 2015 by the brand rep, who informed me it was aged three months in oak casks (not what type) and then finished for two weeks in sherry casks; and what I see online these days, where the buying public is informed it is aged for six to eight months in South African wine barrels before finishing in sherry casks.

Well, whatever. Whether three months or six, with or without the sherry ageing, the overall profile strikes me as doing too little and hoping for too much, which is a shame – with a few more years under its belt, this could have really turned heads and attracted attention. The things is, ageing can be either done right and for a decent interval (perhaps three years or more, with many believing the sweet spot is between eight and twelve), or dispensed with it altogether (as with the various unaged whites for which I confess a sneaking love). But to stay in the middle ground, with less than a year? Plus a finish?…that may just be pushing one’s luck. It’s heading into spiced or flavoured rum territory.

The reason I make these remarks is because when I started nosing it, believing that 40% couldn’t seriously harm me, it lunged out in a schnozz-skewering intensity that caught me unprepared, the more so when had in a series with the far gentler and warmer and more easygoing muffled blanket of the Gold I’d just sampled before. To be fair though, once it settled down, there were notes of red wine (no surprise), raisins, caramel, chocolate vanilla, and something vaguely sharper, like those chocolate After-Eight mint biscuits.

The palate was softer, smoother, warm rather than hot, after the initial heat burned away.. Again, lots of sweet wine, and the sherry makes itself felt. Honey, some nuttiness (I was thinking breakfast cereals like cheerios) plus a little fruitiness, cherries, more vanilla, more chocolate and vanilla. Truth is, too little going on here, and overall, somewhat uncoordinated and quite faint. A 40% strength can be perfectly fine, but it does make for a lesser experience and dampened-down tastes that a shooter wouldn’t capture and a mix would drown and a sipper would disdain. The finish was okay for such a product, being short and easy, warm, redolent of nuts, more cheerios, honey and a very faint note of tannins. There was some character here, just not enough to suit my preferences.

I know it sounds like I’m dissing the rum, but not really – as noted above, I liked it better than the Gold of Mauritius Dark even though it was younger, which I attribute to a better handling of the blend, and the sherry influence. Still, it must be said that the rum displayed something of schizoid character, too young and raw to be tamed with the port/sherry for the few months it aged, yet being promoted as being more than an unaged starter (that would lower expectations, which may have been the point). Moreover, when any maker puts a moniker of a single year on the bottle — “2014” in this case — it creates an impression of something a little special, a “millesime” edition of a good year…and that’s certainly not the case, as it’s simply the year the rum was made. And lastly, I argue — as was the case with the Gold — that by mixing it up with these external and rather dominating influences, the potential to experience a unique rum originating from a unique location with a very individual taste, was lost — to our detriment.

So after this experience, I resume my search for the definitive rum from the island, the big gun that will put Mauritius on the map and allow us to use it as a quasi-baseline. Something that isn’t mixed, adulterated, finished or otherwise tampered with. I know it’s out there somewhere – I just have to find it. This one isn’t it.