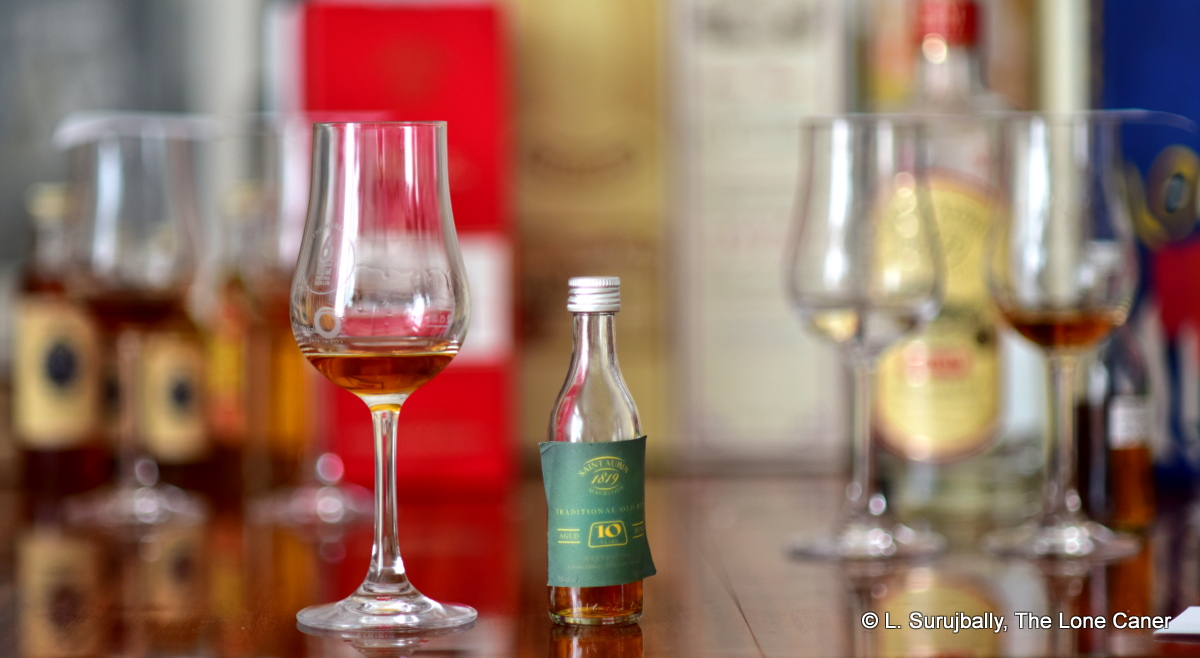 Mauritius is another one of those rum producing areas that flits in and out of our collective rumconsciousness, and seems to come up for mention mostly (and only) when a blogger checks out a new indie expression (SBS and Velier spring to mind). Cognoscenti might recall Penny Blue, New Grove, Chamarel or Lazy Dodo rums from the graveyard of reviews past, but honestly, when was the last time you saw one yourself, tried one, or even bought one?

St. Aubin is one of the Indian Ocean island distilleries that have been gathering some goodwill of late and should not be left out of anyone’s purchasing calculations, and with good reason: they taste pretty damned good, and they have a long history of both pot and column still production stretching back two centuries. If distribution can be sorted out beyond Europe, and there’s a resumption of the rum festivals where one can find their products, then we can hope their reputation ticks up more than it has so far. This particular rum is the top of their line, being a limited edition of not only a set number of bottles (2,080) but from a particular harvest (2003), cane juice source, completely copper-pot-still distilled, aged a solid ten years and aimed at a wider audience by tamping it down to 43%. Based on those specs it’s practically a must-have, 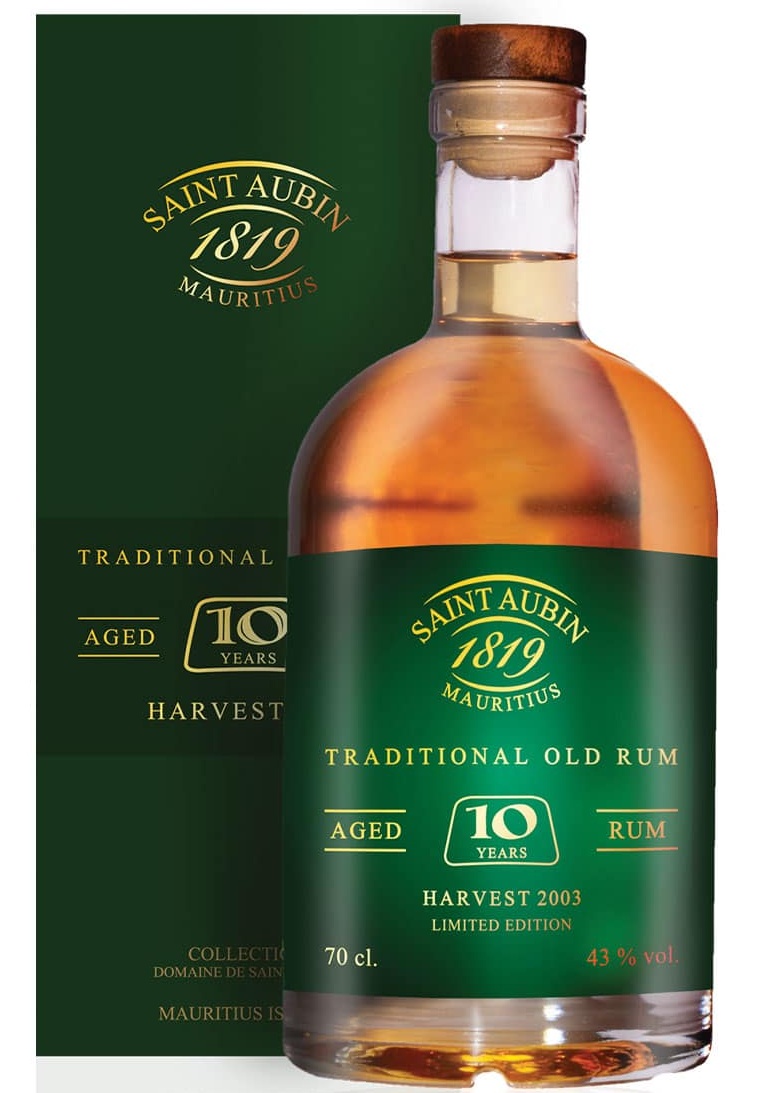 Certainly the 2003 10 YO does its next-best relative the St. Aubin Grande Reserve (which is itself a combo of 30% pot still 10YO from 2004 and 70% rested 7YO column still juice) quite a bit better, simply by not diluting its own core fully-pot-still essence. This is key to understanding how good the 2003 smells, because it noses cleaner, crisper, even a shade lighter…and quite a bit more is going on under there. What was, in the other aged expressions, a sort of sweetness is more delicate here, closer to sugar cane sap and sugar water than the slight heaviness often attendant on molasses based rums. There are aromas of flowers, masala spice, cloves and a dash of cinnamon. And leaving it standing to open up, one gets additional hints of coffee grounds, unsweetened chocolate, and a nice delicate vein of vanilla and citrus.

The oak influence takes on a more dominant note on the palate, which is initially sweet, dry and intense. There’s bitter chocolate, caramel, cinnamon and a vague grassiness more sensed than actually experienced, plus citrus peel, chocolate oranges, cumin and the slightest hint of cilantro. Plus some Fanta and 7-up, which I was not expecting, but no entirely unhappy to taste. The whole drink is clean, crisp and dry, and the gradually emergent and assertive herbals and tart notes make it a pretty nifty neat pour. Finish is not too shabby – medium long, mostly bon-bons, caramel, light flowers and lemon meringue pie.

The cost of this ten year old rum released in 2014 is in the €140 range (when it can be tracked down – I found that price in the Mauritius duty free, but not much elsewhere) and this is one of those instances where even with the modest strength, I think it worth picking up if you’re in funds. Because on top of how well it noses and tastes, those stats are impressive – pot still, ten years tropical ageing, cane juice distillate, its own peculiar terroire, something not from the Caribbean….that’s pressing a lot of buttons at once. Too often we uncritically and unthinkingly fork out that kind of coin for regularly issued blends, just because of the associated name. The new and the unknown needs to be tried on its own terms as well, and here, I think that for what St. Aubin provides us with and what we get out of it, it’s well worth pausing to try, to share, and to buy.

The Domaine de St. Aubin, named after the first sugar cane mill established by Pierre de St. Aubin in 1819 or thereabouts, is located in the extreme south of Mauritius in the Rivière des Anguilles, and has been cultivating cane since that year – however the date of first distillation of spirits is harder to pin down – it’s likely within a few decades of the original opening of the sugar factory (there are records of the Harel family starting a distillery which is now New Grove in the 1850s, which also makes the Lazy Dodo brand). In the late 1960s the Franco-Mauritian Guimbeau family – who made their fortune in the tea trade for which Mauritius is also renowned – acquired the estate and retained the name, and gradually developed a stable of rums produced both by a pot still (which produces what they term their “artisanal” rums) and a relatively recent columnar still for larger volume agricoles.