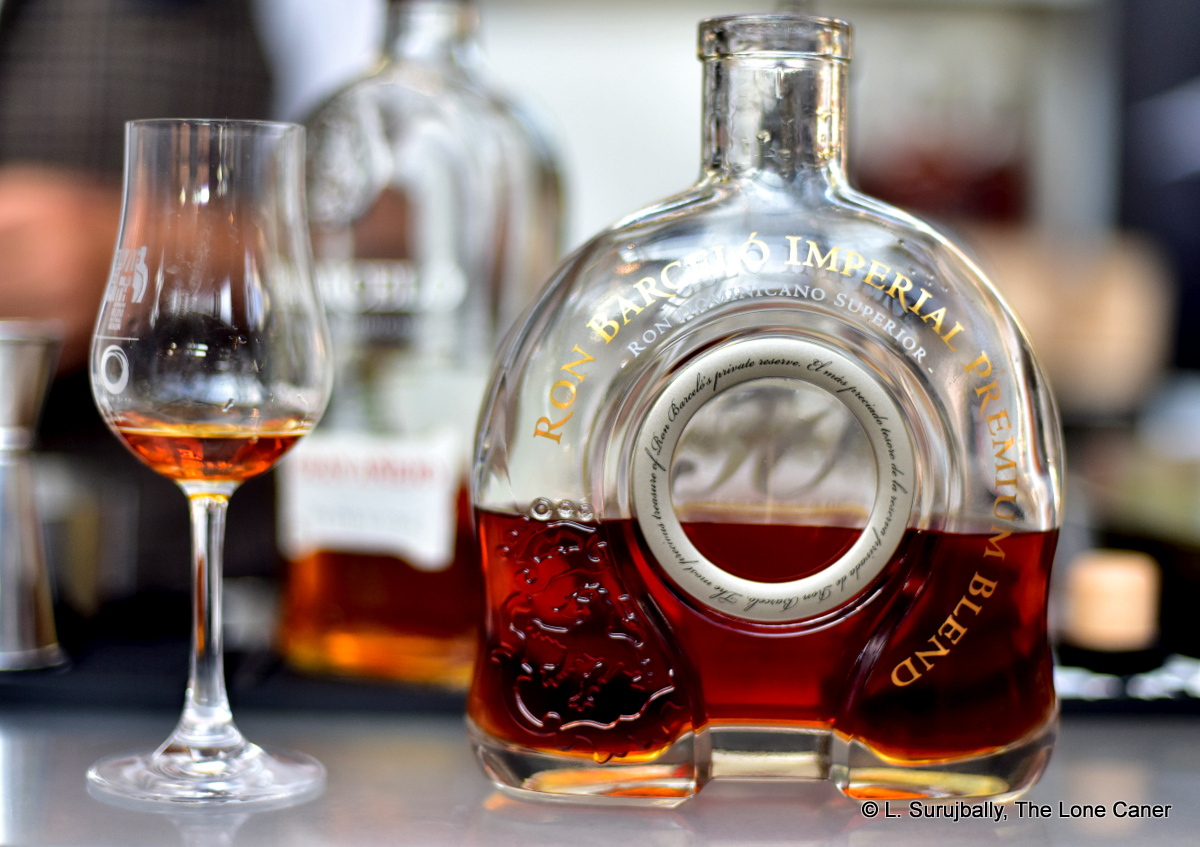 Given I rated the company’s Anejo a rather dismissive 61 in 2011 and shrugged off the previous 38% Imperial edition (not the same as this one) with 78 a couple of years later, that last remark might sound strange. But just because lighter column-still rons released at less-than-living-room-strength don’t turn my crank does not mean I don’t appreciate what they’re trying to do — I just wish they’d read the tea leaves and try harder and go stronger, if you catch my drift.

Here we have a rum (or ron) that ticks all the usual boxes: it’s a molasses-based spirit run through a 5-column still, then aged 10 years in American oak and given a further two years’ ageing (I hesitate to use the word “finishing” for a secondary maturation that long) in French Château d’Yquem barrels. There are no additives according to their blurbs, which must be a recent thing, since it had been tested on initial (2011) release at 27g/L, but ok. When it first came out, the outturn was supposedly some 9,000 bottles annually, but the latest information I was given in 2017 was that it sold so well that this has now been upped to around 20,000.

Nose first. Well, while conceding its soft warmth and easy languid charm, the truth is there’s not much really going on, nasally speaking: some citrus mixed up with deep caramel and brown sugar, and an intriguing scent of vanilla, charred barrels and burnt sugar and the ashiness of a dying coal fire. Sweet, reasonably robust – better than the sub-40% stuff I’ve had from them before – but lacking real complexity that would enthuse me more.

The palate rewards rather more attention. It’s warm and easy-going on the tongue, texture is nice. Great after-dinner sip to go with the ice cream. It tastes initially of caramel, ripe and mild yellow fruits without any aggro, raisins, prunes, and some faint licorice, ginger and vanilla. The 43% is a welcome boost from the milquetoast nonsense of the 37.5% expression, but in a way also serves to draw attention to its own limitations, because in a rum like this we’re looking for complexity, some punch, and a certain individuality that boosts the mildness of its light-distillate origins – and that simply isn’t here. This is even clearer on the finish, which is soft, quick and puffs away like steam – it provides no additional insight into why you should buy the rum to begin with.

Without completely dissing the Barcelo – I know it is made for an audience who are completely dialled into, and in tune with, its laid-back profile, and they are the ones who provide its core audience and keep sales robust – let me just suggest that like many rums of its ilk, it doesn’t deliver enough. It lacks panache, oomph, a certain force. It teases without coming through, and is too people-pleasing for real risk, too generic for specificity. That’s its downfall for the rum enthusiast, and, paradoxically, its raison d’être for those with more tolerant, inclusive and less exacting standards. 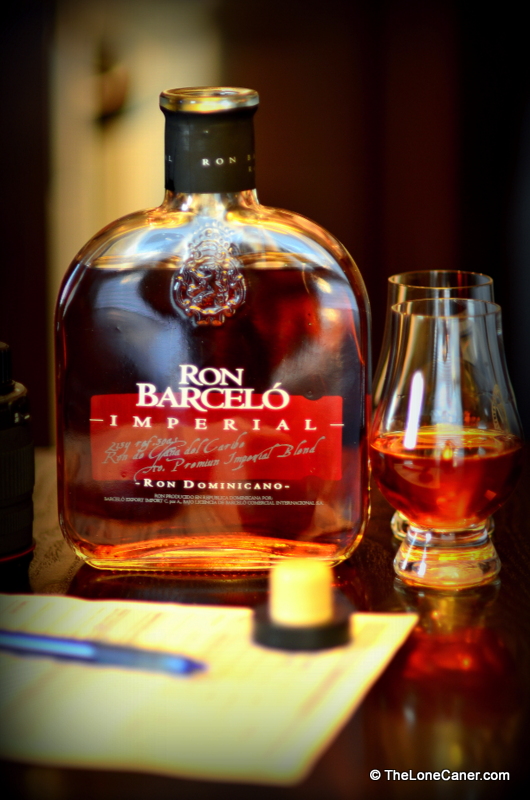 A subtle, supple rum, undone by a lack of courage and strength

Consider for a moment my score on the Barceló Imperial. A 78 rating for me is a decent rum, if nothing to write home about. For a premium product, it’s something of a surprise – so here I should state straight out that that score reflects primarily its lesser proof and maybe excessive ladling in of sugar, not any other intrinsic quality. Frankly, it could have been higher.

When I originally read the Barceló Imperial review from Josh Miller at Inu A Kena, I immediately fired off post on his site to ask him whether he got the 38% version I had been avoiding for over a year in Calgary, or whether he had something a shade more torqued up. Because when I’m springing for something that is being touted as a premium (even if I didn’t in this case – it’s a soft blend of relatively young components), I’d rather have a rum that’s…well, a real rum. As it turns out, his was indeed 40%, while the one that Jay of Liquorature trotted out on my last meeting of the Collective prior to absconding, was the lesser proofed bottling.

You’d think that this 2% difference is minimal, but nope. It really isn’t. Consider first the nose on this attractively packaged, sleek looking bottle. Soft as sea breezes, sweet with scents of molasses, cashews (white ones), caramel, prunes and almonds…but all very quiet, slumbering almost, as delicate as the frangipani and white flowers which it called to memory. No intensity here at all, which is where it went south for me, trying to be attractive and pleasant to nose, but somewhat emasculated by a vague cloying sweetness.

This gentleness was mirrored in the taste and the feel on the palate as well. It was soft, warm, billowy, aromatic. It loved me and wanted to share its feelings. Toffee, slight citrus notes, apples and pears led off, with slowly emerging caramel and almonds following on. The mouthfeel was surprisingly “thick” — that’s the added sugar again — and that lesser alcohol content also made it somewhat (disappointingly) bland. Still, I must concede that the balance of the muskier, smokier, deeper sugar tones with the slightly acidic citrus and faint astringency was rather well done. The finish, which came as no surprise, was short, providing a closing sense of nuts and molasses. 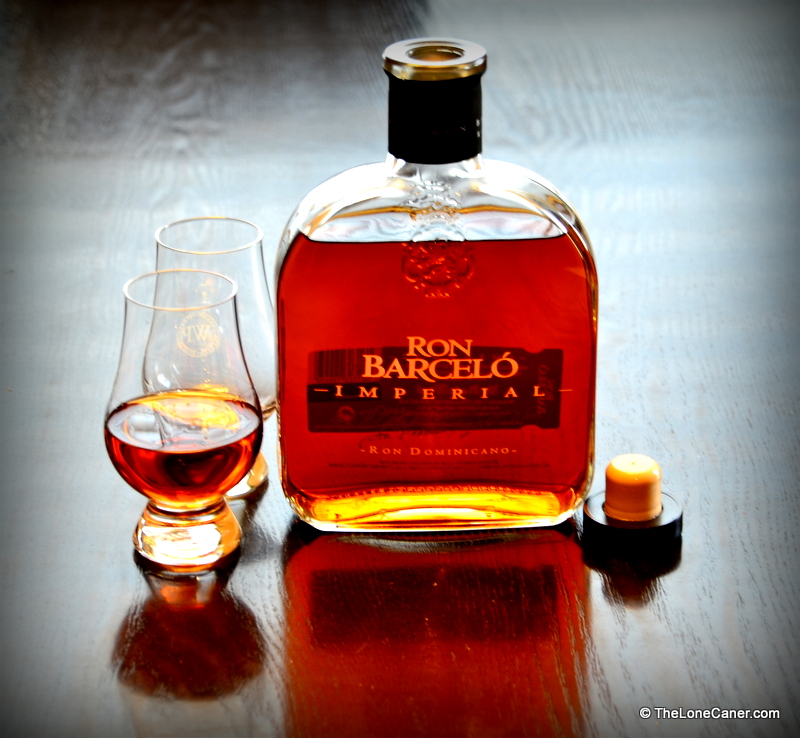 So all in all, an underwhelming product, as I said, perhaps a shade too sweet for some, too damped down for others, even though there is some complexity hiding underneath. People who go in for softer rums, perhaps soleras or liqueurs, would have no problem drinking this one, I think. Those preferring a more aggressive disposition will disagree (I am one of these). I mean, this is touted as a premium rum, and its sexy shape and packaging reflect that, even if its price (around $50 in my location) seems somewhat low. Part of this might be its ageing, which is uncertain – I’ve read claims of components in the blend being of bits and pieces with as little as 4 and as much as 10 years, though the official website makes no statement on the matter at all: so I’d suggest that Barceló may still be tinkering with it and aren’t ready to make a definitive statement…yet.

One characteristic of underproofed products is that you get the taste without the strength; with added sugar you get thickness without complexity; and this is like gorging on white bread, or a cheap hamburger – a few minutes later the taste is gone, you’re hungry again, there’s no buzz in sight, and you’re unfulfilled, wanting more. If that’s what Barceló are trying to do, all I can say is that they’ve succeeded swimmingly, ‘cause that bottle of yours is going to be finished in no time. Still, I wonder what my malt swilling amigos would make of this rum, those gentlemen who inhale aged cask-strength whiskies by the caseload and can barely sniff standard proof drinks without being snooty about it. I think they would probably make similar comments to mine – interesting notes, some delicacy harnessed to artistry in service of a fine sipping dram. But I’m sure they’d also say, sorry Ruminsky, we like you and all, but there’s just not enough buxom in the bodice and backside in the bustle, to make this rum worth lusting after.