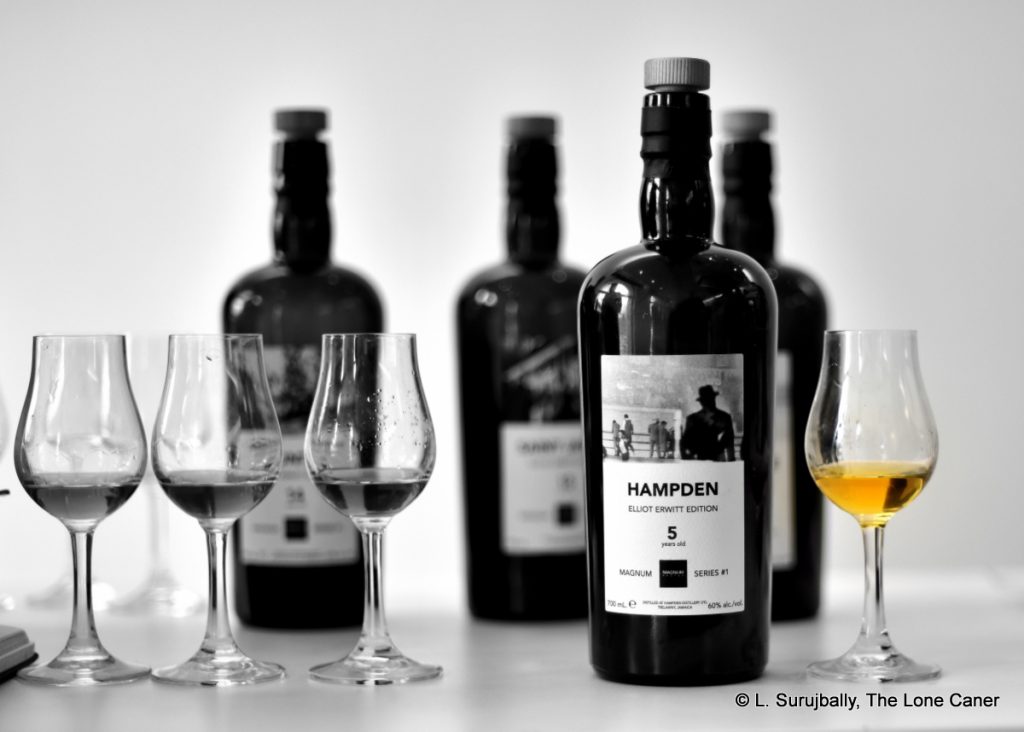 There was a time not too long ago when anything you got from Hampden was some bulk rum export that got bottled by an indie in Europe. Berry Bros. & Rudd, Murray McDavid, Renegade, Samaroli, Compagnie des Indes, Rum Nation…these companies and more were the ones who kept the name alive and vibrant in people’s memories. And to be fair, the rums they picked were usually quite good – the Samaroli 1992 for example, was really kind of spectacular and even the Murray McDavid edition that was half as old, was no slouch.

All that changed after the launch of estate bottlings by Hampden in 2018, distributed globally by Velier. The reputation of the distillery bloomed overnight, and suddenly we moved from drought to deluge – it seemed like everywhere we turned there was another company that touted its street cred by having a Hampden rum in ts portfolio. SMWS, SBS, Stolen Spirits, Rom Deluxe, LMDW, Duncan Taylor, Mezan, Valinch & Mallet, Rum Artesanal, Rum Club, Blackadder, Silver Seal, Wild Parrot, Hunter Laing, Kintra, and so on and so forth and such like. That’s was a lot of choices, but the cream of the crop – at least with regards to customer appreciation – continued to be the Velier releases with their near-trademarked labelling ethos and tropical ageing. And they lost no time expanding the Hampden rums into a veritable smorgasbord of offerings to cater to every taste.

At times it almost seemed like Velier-overkill. There were Habitation Velier Hampdens, the black-bottle yellow-label series, Endemic Birds, Great House, Warren Khong, Pagos, the various marks editions (now conveniently available as a sample pack) – it seems hard to believe that it all started with just a pair of 8YO rums a mere four years ago. And, predictably, for the 2022 season yet another Hampden rum was released as part of the “Magnum” quartet, though in this case it was just the one and not a whole set.

Strictly speaking, that rum – on the face of it and going with the bare bones statistics – presents as nothing out of the ordinary. A pot still rum, distilled in 2016 and bottled in 2021 at 60% ABV, aged tropically for five years in ex-bourbon barrels, and bearing the marque HLCF (“Hampden Light Continental Flavoured”) which is therefore in the midrange of esterland: 500-600 g/hLpa, where for my money, the real quality lies buried and often overlooked in the rush to bag the biggest and baddest animal out there (the 1600 beast of the DOK, of course). 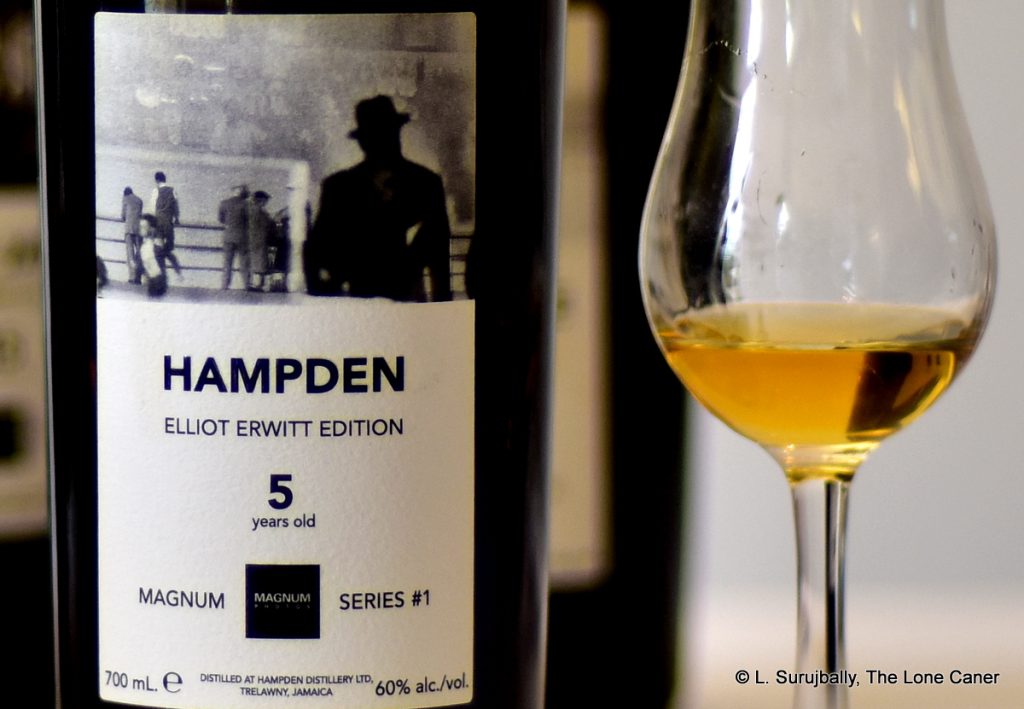 But whatever the ester count is, consider just how well the rum, even at that young age, comes across when you smell it. It reeks some kind of spectacular, I think: all the funky rotten fruits, orange rind, cherries, strawberries, pineapples and half chewed bubble gum we’ve grown to known and love, they’re all there. It exhales a bit of smoke, a bit of vanilla, a touch of cinnamon, some leather, honey and even sweet soya. Glue, acetones, furniture polish, fresh paint rise up to take their place and it all combines into a sort of deep complexity with a lot of different aromatic notes coexisting within a nice harmony. There’s a sort of rough richness to it that I sometimes forget Hampden rums display, and if perhaps the strength is overpowering, a touch of water can certainly bring things down a notch.

This is also true of the taste. Here, it’s more obvious that the rum has the roughness and toughness of a Trenchtown yardie the entire time: it has not been tamed and sanded down by a further decade in a barrel. What that does, however, is provide some really robust and precise notes that remain rather aggressive and sharp and which can be alleviated with some water. Glue, acetones, sweet pineapple, ginnips, tart yoghurt. The funk is well controlled, neither excessive not too faint, and there’s varnish, apple cider lurking around the corner to cosh you. It spurs roughshod over the palate, which is the youth of the thing speaking, of course, but I have to confess to a certain admiration for that. And it all leads to a nice long finish that has fruity notes, bubble gum, brine, olives, and some smoke, and brings the whole business to a hot close.

Now speaking for myself, I’m not entirely a fan of very young rums being sold at premium prices because too often it seems like a way to leverage a Name and a reputation based on past achievements, rather than intrinsic quality of a rum itself. Yet here I find myself with little to quibble about: the rum bears out a gradually developing personal premise that when it comes to the high ester rum category, the midrange is where the real action lies, not the edges of the bell curve where the extremists lie in wait to hack and slash.

I liked this rum, a lot, for all its lack of years. It’s tasty as hell. It keeps on going like the barrel had an energizer bunny stuffed inside the entire time. It’s aggressive, it’s big, it’s bad, it’s bold, and had I been the sommelier advising John Wick, I would have said to screw the Austrian and German selections and go with the Hampden. This the rum that would have justified that choice, and the body count would have been way lower had he done so, because, let’s face facts, you just can’t go far wrong when you stick with one of the badasses of the New Jamaican varietals.