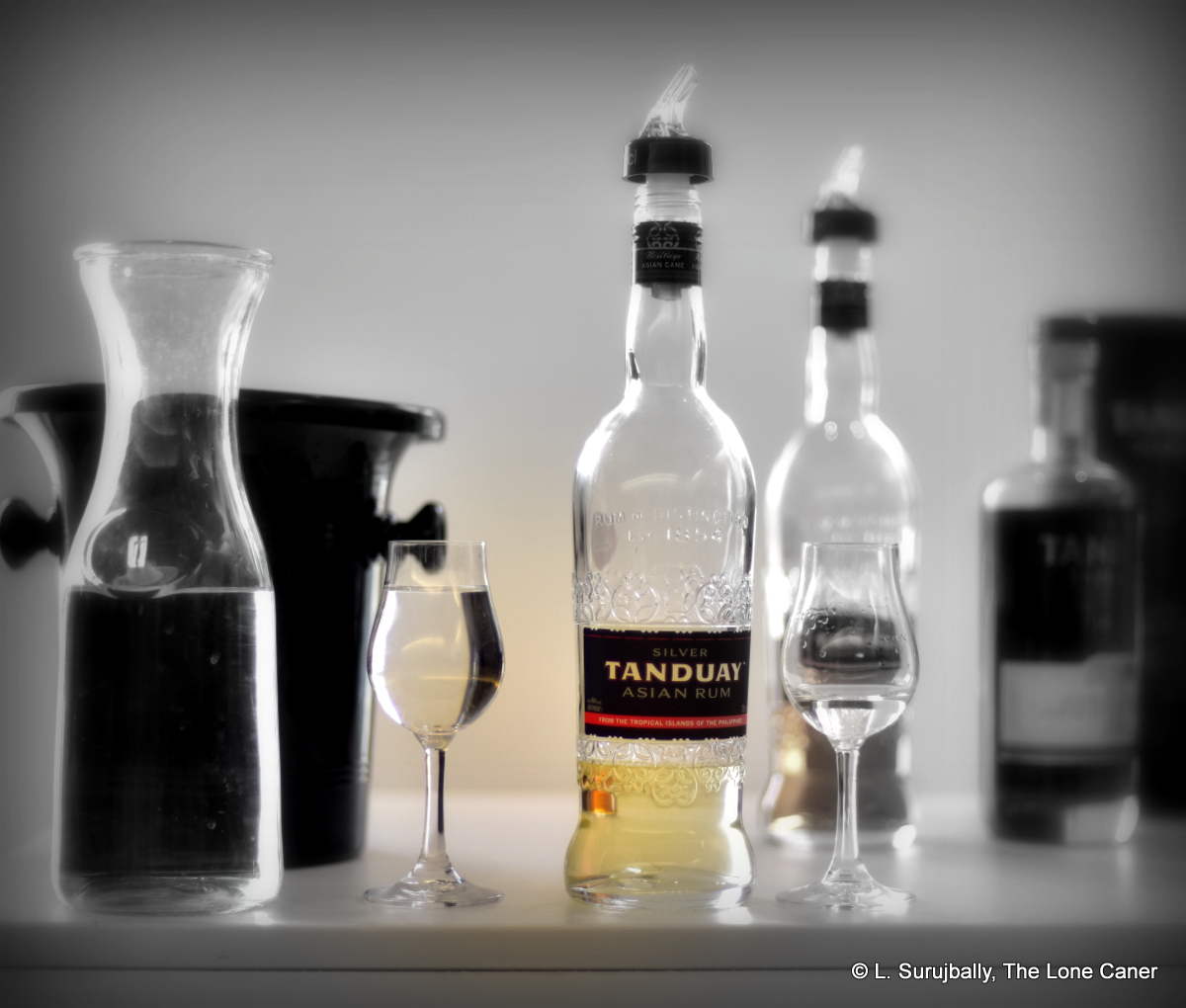 Tanduay, in spite of being a behemoth of rum making in Asia (it sold nearly 23 million cases in 2021) with more than a 150-year history, has a spotty recognition in the west, largely because until relatively recently it sold most of its wares in Asia, and wasn’t all that common, or available anywhere else. What knowledge or reviews of the brand as existed, came from people who had friends in the Philippines who could bring a bottle over, or sip there on a sunny beach and write about the experience. And other Philippine brands like Limtuaco or Don Papa didn’t exactly set the world on fire and make sharp nosed distributors run to book tickets to the Philippine islands: because there as in much of Asia, a lighter, softer, sweeter and more laid back rum-style is much more in vogue.

But once people realised that Don Papa (in particular) was selling quite nicely in spite of all the hissy fits about sweetening, and saw other brands’ adulterated fare were not really hurt by all the vitriol emanating from social media’s rum clubs, it was inevitable that Tanduay would make sure it expanded into more lucrative markets and try and upgrade its sales to the premium segment, where the real pesos are. This is why, even though they began selling in North America from around 2013 (with a gold and a silver rum, probably as an alternative to Bacardi’s Blanco and Gold rums and their copycats), there’s been an increasing visibility of the brand in the European rum festival and tasting scene only since 2019, with more aged products becoming part of the marketing mix.

The rum we’re looking at today is not really in the premium world, though the Rum Howler suggested in his 2019 review that it was positioned that way. It’s actually a blend of oak-aged rums of no more than five years old, and it’s semi-filtered to a pale yellow (this could equally mean it’s a blend of aged and unaged stocks like the Probitas/Veritas but I doubt it). Molasses base from a “heritage” sugar cane, column still, 40%. Nothing premium or spectacular on the face of it. 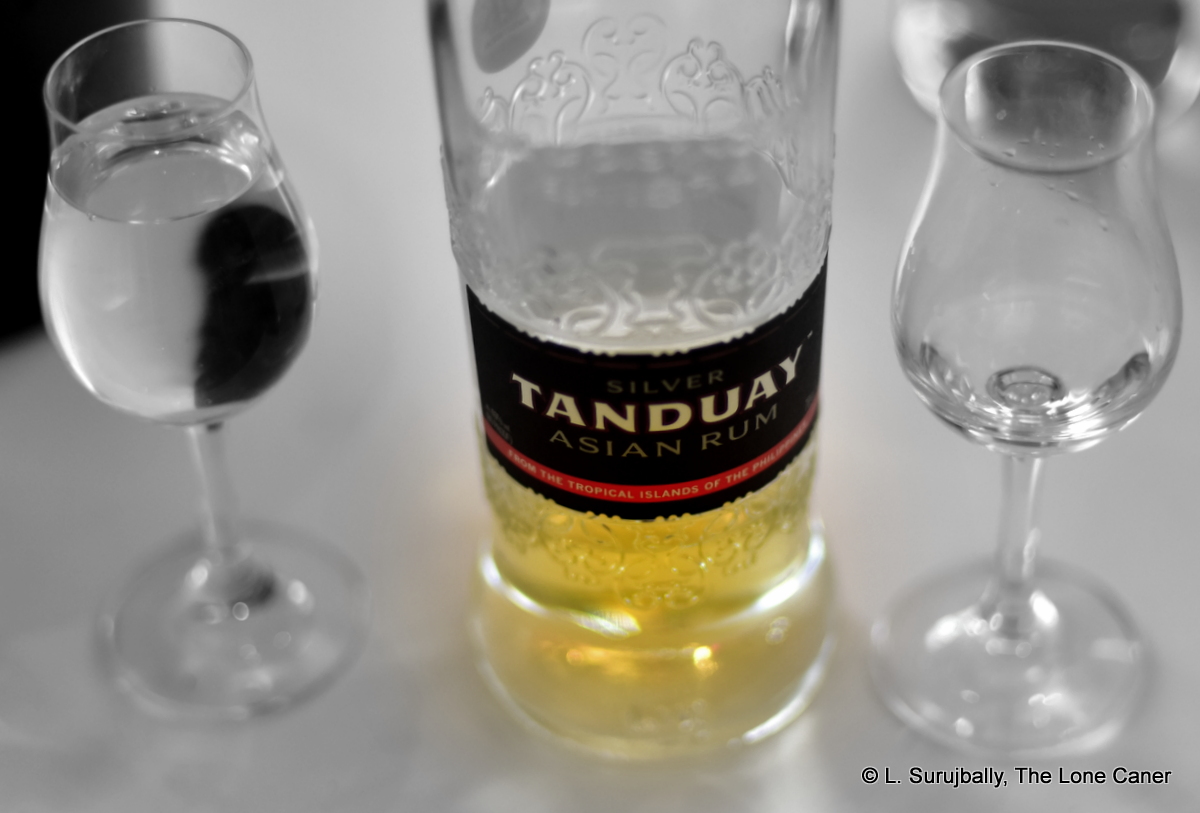 The completely standard nature of its production belies some interesting if ultimately unexciting aromas. It’s soft, which is to be expected, and a touch briny. Some vanilla and coconut shavings are easy to discern, and these are set off by pears and green apples, ripe gooseberries and a touch of citrus peel. It’s an easy smell, with the combination of soft sweetness, light sour notes and tartness coming together nicely.

Taste-wise it’s light, easy, warm-weather drinking, with the standard proofage making it hard to pick out anything particularly hard-hitting or complex. There’s vanilla, almonds, papaya and watermelon to start, and these are joined with the aforementioned grapes and apples and some tartness of sour, unripe green mangoes and citrus peel. In the background there’s some coconut, light molasses and sweet spices; but really, it’s all so faint that the effort is not commensurate with the reward, and the near-nonexistent light finish – sweet and lightly fruity – doesn’t help matters. It’s light enough so it can be had neat. The character, however, is too bland and it would be overwhelmed by anything you put bit into (including the ice cube), so it’s probably best to just mix it with a cocktail where the rum profile is the background, not the point.

This is a rum that competes with the Plantation Three-Star, Bacardi and Lamb’s white rums, the Havana Club 3 YO, Beenleigh 3 YO and others of that ilk, which serve as basic cocktail mixing rums with occasional flashes of better-than-expected quality popping up to surprise us (like the Montanya Platino or the Veritas, for example). The Tanduay Silver does not, however, play in the sandbox of agricoles or unaged white rums we’ve looked at before, and to my mind, they bowed to their cultural preferences and aged it to be as soft and easy as it is — when an unaged, higher-strength product might have shown more chops and character, and displayed more courage in a market that is aching to have more such rums.