Mt. Uncle Distillery is one of the older distilleries of the New Australian rum renaissance we are living through, founded more than twenty years ago, in 2001. Initially it concentrated on fruit liqueurs and spirits, which were based on ingredients conveniently found on the property and the surrounding Atherton tablelands of North Queensland where the distillery was established. Over the years Mt. Uncle branched out to produce gins, whiskies, liqueurs, vodka, and a small range of (you guessed it) rums. It is, as it likes to say, the first (and still only) distillery in northern Queensland and wears that label proudly.

As the company became better known for its gins – there are currently five different kinds – it decided to split off the rum business under its own brand, titled the FNQ Rum Company (the letters stand for Far North Queensland), perhaps in an effort to give those spirits their own distinct character — I’m surprised they would want to distance an evocative title like Mt. Uncle from their products, but never mind, that’s just me. So far they make only three rums, the Platinum (a white, not listed on their rum website), the Iridium Gold (a five year old rum) and the Iridium X (a ten year old limited edition), but the caveat is that there really is not very much detail to be had on either of the main websites, as to how these rums are made, from what and with what.

According to the Australian Advent Calendar notes on Instagram helpfully provided by Mrs and Mrs Rum, the base source of the distillate is sugar cane syrup (where in turn that came from is not mentioned, though the BBC notes it as being from a nearby sugar factory, which suggests the Tableland Mill), a fourteen day fermentation period with a commercial yeast, and finally, the resultant is aged in reconditioned ex-red-wine hogshead 1 casks with a heavy toast. Okay, but what of the still? One source makes reference to “Helga” a 1500-liter still made by the German firm of Arnold Holstein, without stating what kind it is. But since the Iridium we are looking at today won the “World’s Best Pot Still” rum award at the 2021 World Rum Awards and way down on the company FB page there’s a picture of a pot still, I guess we can stop there.

So we have a 40% pot still rum from northern Queensland, based on sugar cane syrup, no additives, no messing around, five years aged in charred barrels, living room strength. Is it any good for those seeking the Next Big Thing? It won “Best Pot Still Rum” at the 2021 World Rum Awards, so it should be a cut above, right?

Yes and no. The rum does present a really nice initial nose of crisp, light fruits — strawberries and ripe gooseberries with all the tartness this implies. For a rum with its origins in rendered cane juice, this is not a surprise – what is intriguing is that it really presents as both a crisp agricole-style rum and a funky unaged Jamaican, which, as it opens, adds in a deeper note of a young, rough-’n’-raw Versailles rum. There’s some licorice, toffee, damp sawdust and wood chips in a sawmill. A bit of honey, a pinch of cinnamon…but that was pretty much all.

The taste is also good…at the start. Salty, light, traces of cinnamon, sugar cane sap, vanilla, red grapes and fudge; this fades quickly, though and is replaced by more licorice, vanilla, light oak, and a briefest hint of flowers and light fruits, and then it just…dies. The finish is short and breathy and light, a touchy rummy – toffee, brine, grapes – and vanishes faster than the Little Caner when he hears the word “chores”.

My personal opinion is that the Iridium Gold is hampered by two issues: one, it doesn’t seem to be sure whether it wants to be an agricole-style rum, or something more normal and familiar to rum drinkers (which is to say, closer to a molasses-based profile) – it has aspects of both on both nose and palate, and doesn’t do either justice, really.

Secondly, I think there’s a lot going on in this rum that a higher strength would have showcased more seriously, so I don’t get the 40% strength which could have been jacked up to 43% or even 46% without sacrificing anything. Because I’m at a loss to understand where the flavours went, or why: it’s a pot still rum, relatively young, its trousers should have quite a bit more than just its hands in them, however raw or rambunctious. Were the cuts made at too high a strength and the congeners wiped out? Were the barrels too inactive, hence requiring that heavy charring that was spoken of? Was the rum filtered before ageing? This is where a better website and better disclosure would have helped me understand more of why the rum seemed so lacklustre and ceased to enthuse, after starting with such promise. Overall, although I really wanted to be, I’m not really that chuffed with this one. 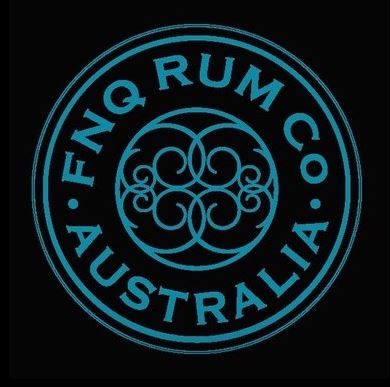